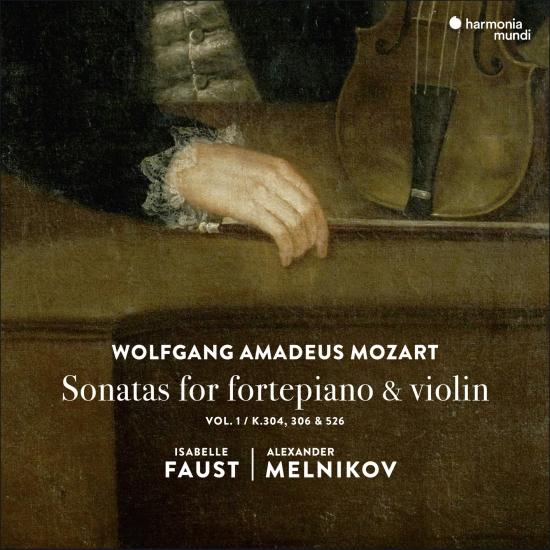 In this first volume of Mozart's duos, Isabelle Faust and Alexander Melnikov revive on period instruments the tradition of the 'sonata for keyboard with violin accompaniment'.
Born in the middle of the Age of Enlightenment, this rather unusual concept continued to thrive in the era of Viennese Classicism, even if, long before Beethoven, Mozart swiftly sealed its fate by instigating (or, in a sense, restoring) an increasingly lively conversation between the two instruments. What a beautiful couple they were to make! Here is the first chapter in their story...
Isabelle Faust, violin
Alexander Melnikov, piano 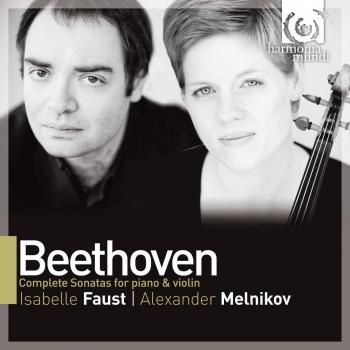 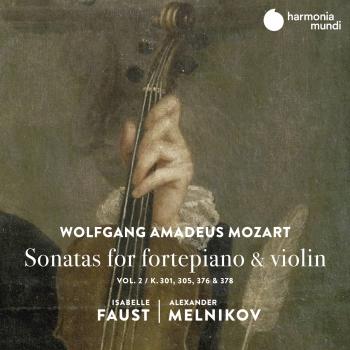 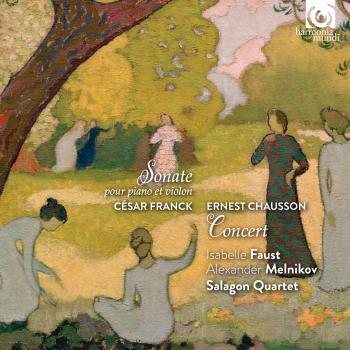 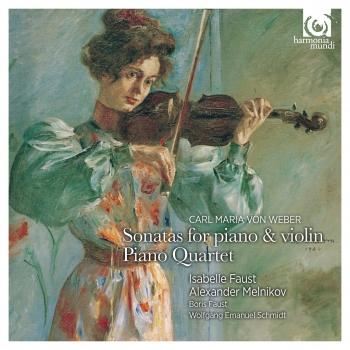 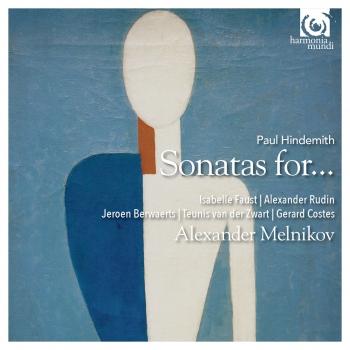 Hindemith: Sonatas for piano and… 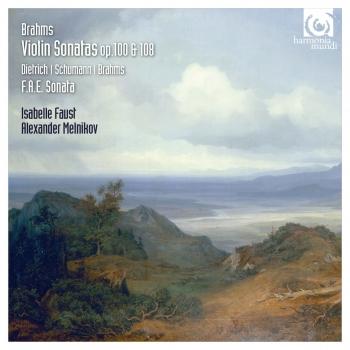 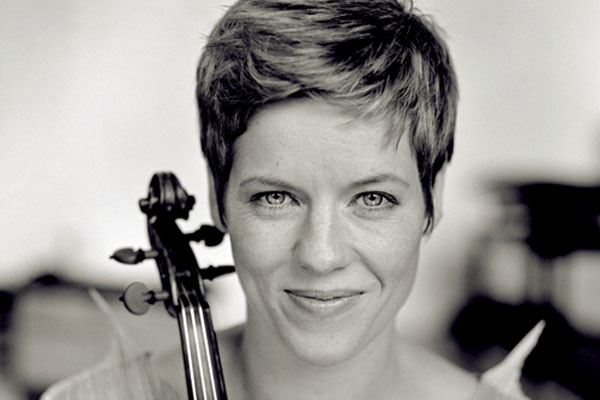 Isabelle Faust
adopts a perspective on music in which ever-new experiences and discoveries are the principal focus. Having founded a string quartet when just eleven, her early chamber music experiences imbued in her a fundamental belief that performing is a process of giving and taking, in which listening is just as important as expressing your own personality. Victory at the 1987 Leopold Mozart Competition, when she was just 15, brought with it the prospect of a solo career. However, the guiding principles instilled in her as a chamber musician remained strong.
After winning the 1993 Paganini Competition, she moved to France, where she grew to love the French repertoire, particularly the music of Fauré and Debussy. Here she came to international attention with her first recording - sonatas by Bartók, Szymanowski and Janácek – and gradually refined her command of the most important works in the violin repertoire. Isabelle Faust has since appeared with some of the world’s finest orchestras, including the Berliner and Münchner Philharmoniker, Orchestre de Paris, Boston Symphony Orchestra, BBC Symphony Orchestra, and Mahler Chamber Orchestra, under such conductors as Claudio Abbado, Giovanni Antonini, Jiri Belohlavek, Franz Brüggen, Daniel Harding or Mariss Jansons.
Whilst not neglecting the classical and romantic repertoire, she is a noted interpreter of the great twentieth-century works of Feldman, Jolivet, Ligeti, Nono, and Scelsi. She has premiered pieces by such composers as Olivier Messiaen, Werner Egk or Jörg Widmann, and works dedicated to her by the composers Thomas Larcher and Michael Jarrell. Isabelle Faust has made several recordings of chamber music for harmonia mundi on both modern and period instruments with partner Alexander Melnikov. Many of her critically acclaimed CDs have won prizes, including the Diapason d’Or and the Gramophone Award. Isabelle Faust plays the ‘Sleeping Beauty’ Stradivarius of 1704, kindly loaned to her by the L-Bank Baden Württemberg.
Alexander Melnikov
was born in Moscow in 1973 and began his music studies at the age of six at Moscow’s Central Music School. He then continued at the city’s Tchaikovsky Conservatory from which he graduated in 1997. Regularly invited by Sviatoslav Richter, he participated in his festivals in Moscow (December Nights) and his chamber music festival at La Grange deMeslay. He completed his postgraduate studies with Elisso Virssaladze in Munich. From 2000 to 2002 he was a BBC New Generation Artist. Alexander Melnikov appears regularly in recital at the world’s leading concert halls with major orchestras such as the Russian National Orchestra, Tokyo Philharmonic, Leipzig Gewandhaus, Philadelphia Orchestra and BBC Philharmonic. Besides his well-established duo with Isabelle Faust, his partners include Vadim Repin, Natalia Gutman, Alexander Rudin, Victor Tretiakov, the Borodin Quartet, Truls Mørk, Jean-Guihen Queyras, and many others. In piano duo repertoire he appears regularly with Andreas Staier, Boris Berezovsky, and Alexei Lubimov. He also regularly performs on the fortepiano with Concerto Köln. He has recorded several CDs on harmonia mundi as a soloist(Scriabin, Rachmaninoff) and as a chamber musician (Isabelle Faust,Jean-Guihen Queyras, Teunis van der Zwart).