A Howl, That Was Also a Prayer Ekmeles 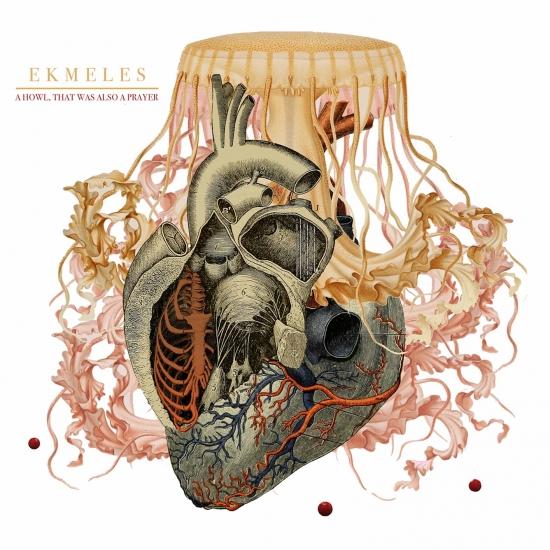 Info zu A Howl, That Was Also a Prayer

Hailed as a "brilliant young ensemble... defining a fresh and virtuosic American sound" (The New Yorker), vocal ensemble Ekmeles celebrates the release of their first solo album” A Howl, That Was Also A Prayer.” The recording consists of three innovative looks at what singing could be in the 21st century. Extremely fine microtonal gradations of pitch, innovative electronics, and imaginative vocal techniques and timbres come together to express Ekmeles's unique contribution to vocal music. The album includes Ekmeles commissions by Christopher Trapani and Taylor Brook that highlight both composers’ innovative approaches to microtonal composition. Rounding out the album is Erin Gee’s Three Scenes from Sleep, music that integrates extended vocal techniques and taut rhythmic gestures within a long range harmonic progression.
Taylor Brook’s Motorman Sextet explores the limits of microtonal writing for unaccompanied voices, mixing spoken and sung inflections to moving and humorous effect in a massive thirty minute suite of movements. The text is taken from David Ohle's surreal, cult novel, Motorman; the six voices simultaneously narrate the story and create an atmosphere through myriad vocal techniques and styles. Oscillating chords melt, descending in pitch as if we were listening to a recording as the tape speed was slowing. Brook’s palette is expansive, creating contrapuntal textures reminiscent of choral music though through a distorting prism, using extended techniques to imitate foley sounds, and spinning weightless harmonies suspended in thin air. The narrative voice changes from male to female, at one moment delivering text with thespian formality and the next in a lackadaisical, slacker style, sometimes shrouded in a halo of imitative, sung text in the background. The variety of textures within a narrative frame reminds one at times of radio dramas from the 1940’s, but with a dystopian twist. This is one of Ekmeles's most ambitious commissions, and a landmark work for Brook's microtonal style.
Christopher Trapani's End Words is a novel venture in the relationship between the oldest and the newest forms of musical expression; six human voices are paired with electronic counterparts in an innovative method of electronic music-making. This evocative work posits a new intersection of voice and computer in the 21st century, as Trapani’s manipulations of pre-recorded vocal fragments combine with the live performances to generate shimmering vowels, percolating consonants, and hallucinogenic voicings. The final movement is framed by a tintinnabulating electronics part, with the text largely being delivered in sighing unison rhythms passed through the ensemble in rich, technicolor harmonies. Taking inspiration from an archaic poetic form, Trapani uses texts from sestinas (a thirty nine line form) for the piece, as well as borrowing aspects of its structure to frame the organization of the composition (he even takes it one step further, writing his liner note for the piece in the form of a sestina).
Erin Gee’s Three Scenes from Sleep are wordless vignettes that skitter with pops, clicks, and whistles, charmingly deploying the composer/performer’s battery of idiosyncratic vocality, through a crystalline harmonic structure. Gee puts the listener inside a playful laboratory of sounds in these pieces, subtle percussive glitches trigger static open voicings, while hissing air sounds suggest air released from pressure valves. Tonal structures provide a magnetic center around which glissandi, microtones, and non-pitched material pushes away before being pulled back. These three short movements are part of a larger piece including texts drawn from Vedic scriptures, Joseph Campbell, and Robinson Jeffers. The wordless movements heard here capture the unconscious mind in various stages of sleep.
Ekmeles’ "A Howl, That Was Also A Prayer” is a landmark album for contemporary vocal music, with the ambition of the compositions only matched by the stunning virtuosity and symbiotic cohesion of the ensemble.
Charlotte Mundy, soprano
Elisa Sutherland, mezzo soprano
Tim Keeler, countertenor
Steven Bradshaw, tenor
Jeffrey Gavett, baritone and director
Steven Hrycelak, bass 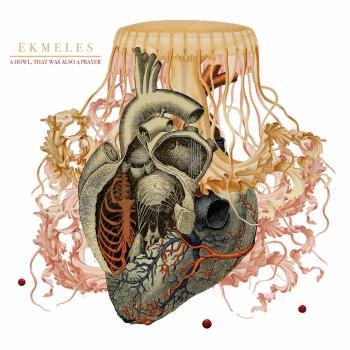 A Howl, That Was Also a Prayer 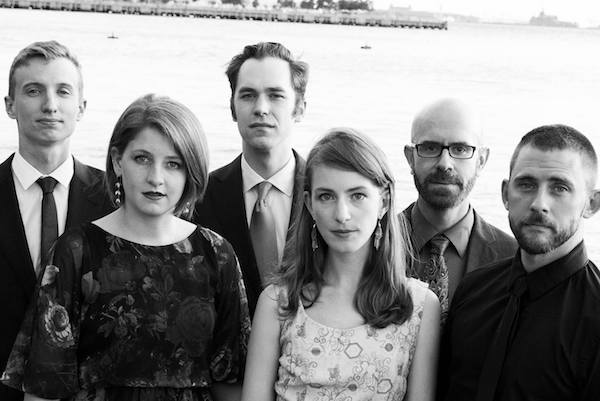 Ekmeles
In Ancient Greek music theory, an adjective used to describe tones of indefinite pitch and intervals with complex ratios, tones “not appropriate for musical usage.” In New York City, a new vocal ensemble breathing life into those disallowed tones, new and old.
Ekmeles—praised for their “extraordinary sense of pitch” by The New York Times, and called a “promising addition to the New York scene” by The New Yorker’s Alex Ross—is dedicated to the performance of new and rarely-heard works, and gems of the historical avant garde. New York is home to a vibrant instrumental New Music scene, with a relative paucity of vocal music. Ekmeles was founded to fill the gap by presenting new a cappella repertoire for solo voices, and by collaborating with these instrumental ensembles.
Their recent concert performances include a program of premieres by Columbia University composers, and a concert of American works including world and U.S. premieres by Taylor Brook, Aaron Cassidy, and Zosha Di Castri. Recent collaborations with instrumental ensembles include the U.S. premieres of Beat Furrer’s FAMA with Talea Ensemble, and Luigi Nono’s Quando Stanno Morendo with AMP New Music.
Director Jeffrey Gavett brings a hybrid vision to the group: he is an accomplished ensemble singer and performer of new works, and holds degrees from Westminster Choir College and Manhattan School of Music’s Contemporary Performance Program. He has assembled a virtuoso group of colleagues with diverse backgrounds, ranging from the operatic stages of Europe to Anglican choirs of men and boys, which they bring to the unique challenges of this essential and neglected repertoire.
June 13-20, Ekmeles will present their Festival of Just Intonation Vocal Works, including performances of Randy Gibson’s Circular Trance, and Karlheinz Stockhausen’s Stimmung.

Booklet für A Howl, That Was Also a Prayer