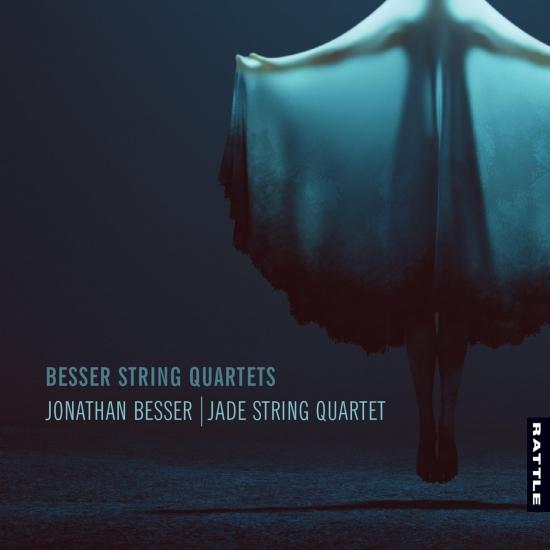 Since his arrival in New Zealand in the late 1970s, New York-born Jonathan Besser has been an active voice within the New Zealand music scene and both a pianist and composer. For this album, we have collected together his complete string quartets, beautifully played by one of New Zealand's most hard-working and acclaimed string quartets.
Jade String Quartet: 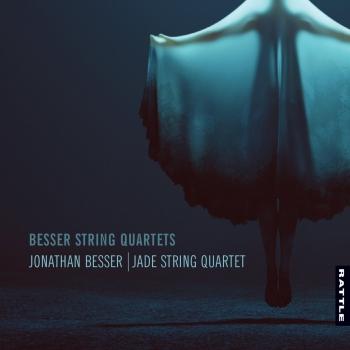 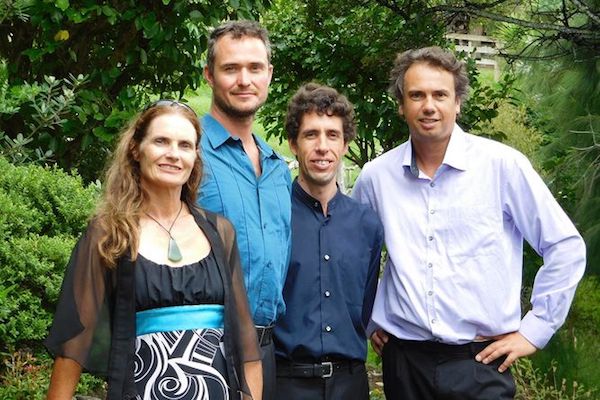 Jonathan Besser
was born in New York City in 1949, and studied composition in New York at the Mannes College of Music with David Loeb. Resident in New Zealand since 1974, based mainly in Wellington. He has created acoustic and electronic music in collaboration with leading writers, choreographers, musicians, artists and film makers, including Gaylene Preston, Mary Jane O’Reilly, Warwick Broadhead, Keri Hulme, Ross Harris, Michael Parmenter, Philip Mann and Allen Brunton, Don McGlashan, Billy Apple and Australian author Roger McDonald. He has composed original music for many film, radio, stage and T.V. productions.
His commissions include the New Zealand Symphony Orchestra, the Royal New Zealand Ballet, Auckland Philharmonia Orchestra, the Wellington Sinfonia, and the New Zealand String Quartet (touring schools with them in 1994). He is leader of his own New Music groups most notably the ‘Besser Ensemble’ (1987-1997) touring schools throughout N.Z. with major support from Creative NZ as well as making numerous recordings. He is also founding member of Free Radicals (electronic music) and Triphonics, touring China with Triphonics in March 1996. In 1997 he performed at the WOMAD festival (Auckland), and he had his orchestral piece No Riff premiered by the Wellington Symphonia. In June 1997 he collaborated with Warwick Broadhead on a huge movement music theatre spectacle at Downstage theatre ‘The life and Times of Constance Flux’.
In 1998, Besser travelled to New Caledonia to produce original film music for the new Jean-Marie Tjibaou Cultural Center in Noumea and in the 1998 Wellington International Arts Festival he performed solo (piano) nightly at the Dans Paleis. He is currently living in Auckland where he was 1998 composer-in-residence with Auckland Philharmonia Orchestra and director of the New Romantics. His latest new performance group ‘Bravura’ are performing around Australia and New Zealand. He was a finalist in the New Zealand Symphony Orchestra Music 2000 Prize and composer for Mary Jane O’Reilly’s ‘Te Rangi Marie’ Millennium dawn event collaborating with Waihirere Kapa Haka group.
In 2012 Jonathan toured New Zealand with his group Gimel, performing his Gimel Suite, a work composed especially for the group. Jonathan's group The Zestniks performed in 2015 as part of the Auckland Jazz Festival, which included some of his original compositions.
Jade String Quartet
is an established ensemble on the NZ chamber music scene, comprised of principal and sub-principal members of the Auckland Philharmonic Orchestra (APO).
The Jade Concert Series at the Pah Homestead has been a regular feature on the Auckland music calendar since 2011. In addition, we tour for Chamber Music NZ and Arts on Tour NZ, and give numerous concerts for North Island Music Societies. We also give school concerts in and around Auckland, and are involved in mentoring through the APO education programme.
JSQ has released three self-produced, self-promoted CDs featuring music by NZ and international composers. These recordings can be heard by visiting our website: www.jadestringquartet.co.nz
Our new project, provisionally called 'Parlour Games', will be our first professional release, and our first collaboration with Rattle Records.