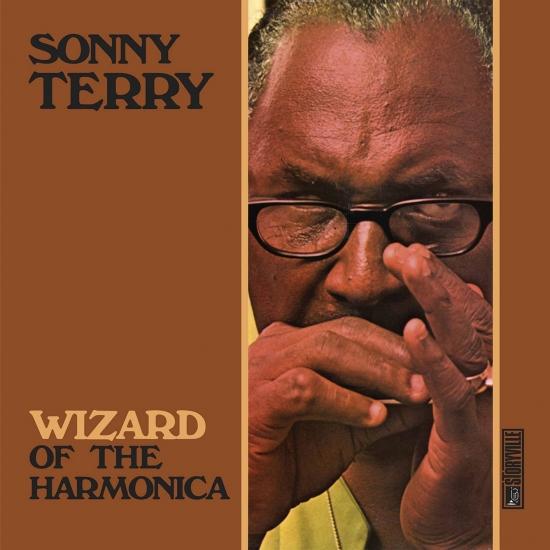 The enthusiasm and captivating energy of Sonny Terry on Wizard of the Harmonica is as tangible as undeniable as his impact on the blues harmonica and its role in the blues.
His technical mastery and energetic vocal stylings come together on this album to form a captivating portrait of one of the instrument’s all-time greats and a legend in the Piedmont blues genre. Terry’s displays his idiosyncratic and captivating vocal stylings which move from falsetto whoops to dense spoken word passages in unrestricted yet precise ways to form an expansive and nuanced impression of one of the most characteristic and charismatic performers of the style.
Sonny Terry, vocals, harmonica
Brownie McGhee, guitar
Svend-Erik Nørregård, drums
Digitally remastered 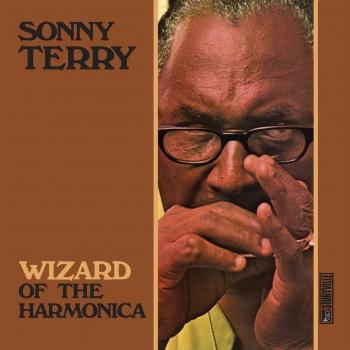 Wizard of the Harmonica (Remastered) 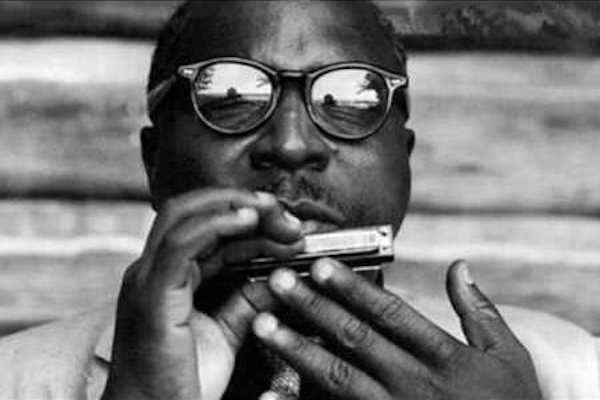 Sonny Terry
Harmonica player Sonny Terry was one of the initial bluesmen who crossed over into areas not normally associated with the genre before he came along. Along with his partner, guitarist Brownie McGhee, Terry played on numerous folk recordings with the likes of Woody Guthrie, developed an acting career showcased on television and Broadway, and never compromised his unique high-pitched penetrating harmonica style called whoopin'.
Sonny Terry was born Saunders Terrell on October 24, 1911, in Greensboro, GA. He lost his sight by the time he was 16 in two separate accidents. His father played harmonica in local functions around town and taught Terry at an early age. Realizing his eyesight would keep him from pursuing a profession in farming, Terry decided instead to be a blues singer. He began traveling to nearby Raleigh and Durham, NC, performing on street corners for tips. In 1934, he befriended the popular guitarist Blind Boy Fuller. Fuller convinced Terry to move to Durham, where the two immediately gained a strong local following. By 1937, they were offered an opportunity to go to New York and record for the Vocalion label. A year later, Terry would be back in New York taking part in John Hammond's legendary Spirituals to Swing concert, where he performed one of his memorable tunes, "Mountain Blues." Upon returning to Durham, Terry continued playing regularly with Fuller and also met his future partner, guitarist Brownie McGhee, who would accompany Terry off and on for the next two decades. McGhee was initially sent to look after Terry by Blind Boy's manager, J.B. Long. Long figured McGhee might get a chance to play some of the same shows as Terry. A friendship developed between the two men and following Fuller's death in 1941, Terry and McGhee moved to New York. The change proved fruitful as they immediately found steady work, playing concerts both as a duo and solo. Terry became an in-demand session player who started showing up regularly on the records of folk luminaries including Leadbelly, Woody Guthrie, and Pete Seeger. An acting role was also initiated at this time, in the long-running Broadway production of Finian's Rainbow in 1946. By the mid-'50s, Terry and McGhee began broadening their collective horizons and traveled extensively outside of New York. They released a multitude of recordings for labels like Folkways, Savoy, and Fantasy that crossed the boundaries of race, becoming well-known in folk and blues circles performing for black and white audiences. It was also in the mid-50s that Terry and McGhee accepted roles on Broadway, joining the cast of Cat on a Hot Tin Roof, exposing them to an even broader audience. In the early '60s, the duo performed at numerous folk and blues festivals around the world, while Terry found time to work with singer Harry Belafonte and in television commercials. Terry was constantly traveling throughout the '70s, stopping only long enough to write his instructional book, The Harp Styles of Sonny Terry. By the mid-'70s, the strain of being on the road developed into personal problems between McGhee and Terry. Unfortunately, they resigned their long partnership, divided by the bitterness of constant touring. Terry was still being discovered by a younger blues generation via the Johnny Winter-produced album Whoopin' for the Alligator label, featuring Winter and Willie Dixon. Winter had produced a comeback album for Muddy Waters (Hard Again) that helped rejuvenate his career, and he was attempting the same with Terry. By the '80s, Terry's age was catching up with him. He quit recording and only accepted sporadic live appearances. Terry passed away in 1986, the year he was inducted into the Blues Foundations Hall of Fame. (Al Campbell, AMG)