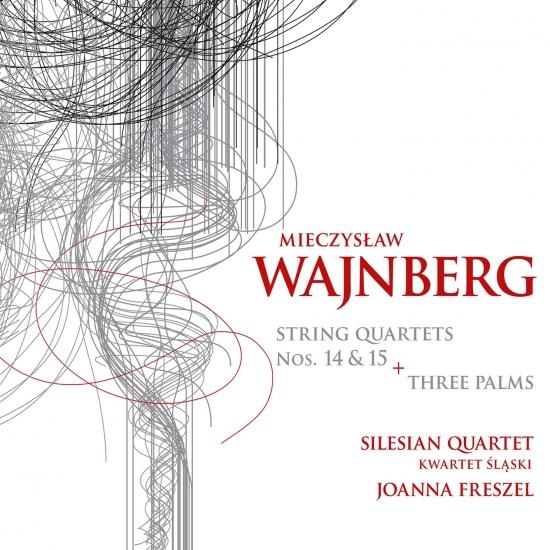 The late 1970s were not a particularly happy time for Mieczysław Weinberg (Pol. Wajnberg). 1975 brought the death of Dmitri Shostakovich, to whose kindness and friendship Weinberg owed a lot for more than three decades. Several of the dedicated performers of Weinberg’s music had emigrated, and those who stayed in the Soviet Union presented his works less and less frequently. Sometimes they even refused, explaining that his new scores did not meet their expectations. In the face of such adversities, Weinberg nevertheless continued to compose, and in 1977 he returned to the string quartet genre.
The composer had written his first string quartet in 1937, while still in Warsaw. After his escape to the Soviet Union in September 1939, he composed more of them, sometimes in ‘series’. Work on the Fourteenth began on 1st May 1978 in Moscow and continued in the Union of Soviet Composers’ Retreat in Staraya Ruza near Moscow until 11th August. String Quartet No. 14 consists of five movements played attacca as one whole and only marked with metronomic indications. (...)
Weinberg’s String Quartet No. 14 was most likely never performed in the composer’s lifetime. The first documented performance was given by Quatuor Danel in 2007 in Manchester. Despite this, less than half a year after writing the last note of this quartet, Weinberg began to compose his Fifteenth, which it took him two winter months to complete (1st January to 1st March 1979). This composition takes the unusual form of a suite made up of as many as nine movements, likewise only marked with metronomic indications.
While the striking contrast found in the 1st movement of the previous quartet may bring to mind associations with Gustav Mahler, who was young Weinberg’s great fascination, the clash of different musical worlds in the opening of the Fifteenth suggests the postmodernist aesthetic that was then gaining popularity among Soviet composers of the young generation. The main advocate of this style was Alfred Schnittke, who juxtaposed ostentatiously tonal, even banal elements with typically modernist, atonal ones. (...)
The mirrored motifs, the character of the 5th movement, and a finale that refers back to the previous movements – made some commentators speak of Bela Bartók’s influence, and indeed he may partly have inspired Weinberg in his work on String Quartet No. 15, dedicated to four young instrumentalists who were the first to play Bartók’s works in the Soviet Union. From 1975 they all attended the class of Valentin Berlinsky, the cellist of Borodin String Quartet and Weinberg’s long-time friend. In 1976 they won a competition in Budapest and began to perform as Moscow String Quartet. In September 1980 they were the first (and until 2008 also the last) to play Weinberg’s Fifteenth.
Borodin String Quartet, in its turn, is implicated in the origin of Three Palms. In 1977, the ensemble was preparing a recording of Arnold Schoenberg’s String Quartet No. 2, in the last two movements of which the quartet is joined by a female singer. This concept must have inspired Weinberg, since in the autumn of 1977 he wrote a piece for precisely the same performing forces. The voice plays a prominent role in the music from the beginning; the composer himself referred to this piece as a cantata. Berlinsky recalled: “[W]e performed Three Palms with Ludmila Belobragina, unfortunately only twice. It is a piece abounding in symbols and colours, far from easy, with modernist twists untypical of Weinberg.” (Information concerning a performance of this composition with Galina Pisarenko on 28th November 1984, found in several sources, therefore seems erroneous.)
Silesian Quartet
Joanna Freszel, soprano 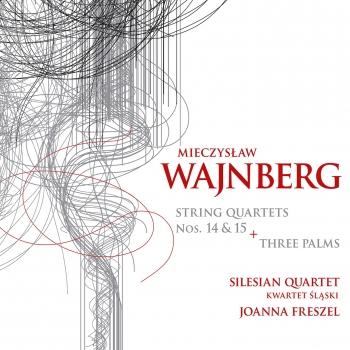 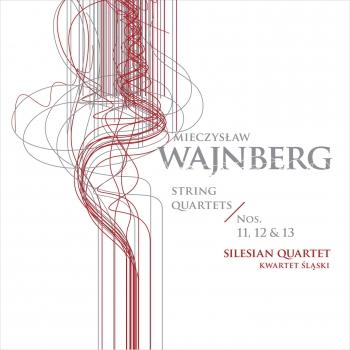 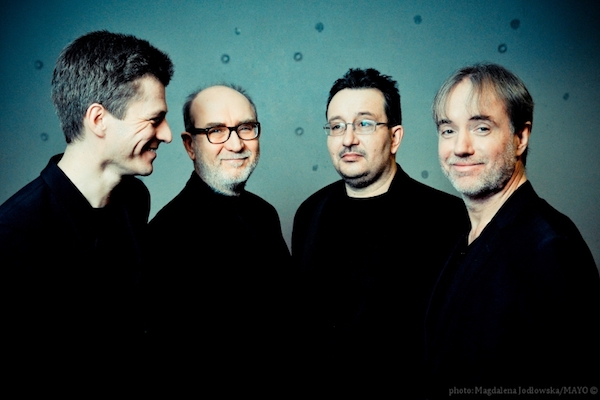 The Silesian String Quartet
is one of the leading chamber ensembles in Poland. In its earliest years it honed its craft under the tutelage of members of such quartets as LaSalle, Amadeus, Juilliard, Smetana, and Alban Berg.
Today, the Silesian String Quartet enjoys international renown, performing on concert stages in the majority of European countries as well as in the USA, Canada, Mexico, Japan, China and South Korea. It has appeared in such prestigious venues as the Concertgebouw in Amsterdam, Konzerthaus in Vienna, De Singel in Antwerp, Schauspielhaus in Berlin, Tivoli in Copenhagen, Salle Pleyel in Paris, Carnegie Hall in New York, Jordan Hall in Boston, Hoam Art Hall in Seoul, and Bellas Artes in Mexico City. The ensemble’s repertoire draws on the masterpieces of the chamber music canon, with a strong focus on the works of contemporary composers.
The chamber musicians of Silesia boast a very rich discography. They have recorded music from many eras, with special emphasis on Polish music from the last three decades. Their recordings can be found on over 50 albums released on such labels as Chandos, ECM, EMI Poland, Olympia, CD Accord, and Radio Katowice. Six of them have been singled out for Fryderyk Awards of the Polish Phonographic Industry in the category of Best Chamber Music Album. Since 1993, the ensemble had organised the International Chamber Music Festival Silesian String Quartet and Guests, which in its past 25 editions has welcomed several dozen outstanding artists from Poland and abroad.
The Silesian String Quartet has also been the recipient of numerous prizes and distinctions, among the most important of which are the Gold Cross of Merit (1999), the Orpheus Award for the best performance of a piece by a Polish composer during the Warsaw Autumn Festival (2002), the Honorary Gold Badge for Services to the Silesia Province (2005), and the Medal for Merit to Culture – Gloria Artis (2008).