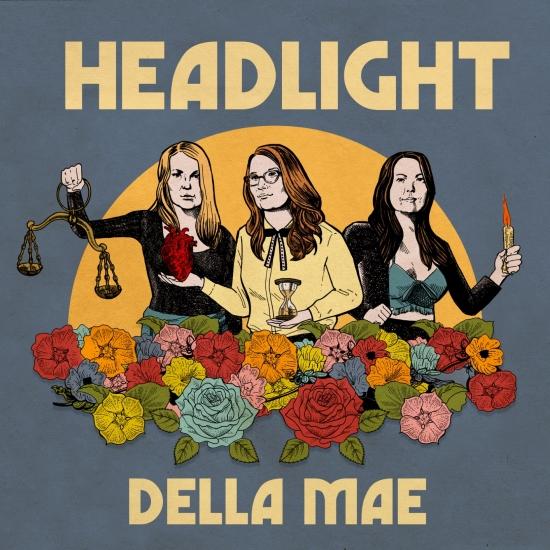 Della Mae will release Headlight,their first full-length in five years and the highly-anticipated follow-up to their acclaimed The Butcher Shoppe EP, released earlier this year.
Boldly breaking genre convention, the Grammy Award-nominated band pushed beyond their bluegrass roots and followed their instinct to their most sonically adventurous body of work to date. In lyrics, Della Mae has fully embraced the album’s potential as a platform for change, delivering a collection of 12 songs at turns fearlessly personal and powerfully resonant. As their most collaborative work yet, the album features an exceptional lineup of guest musicians, often contributing on instruments entirely new to Della Mae’s output: keys, drums, and electric guitar.
Opening on its title track, Headlight begins with a potent message of perseverance in the face of adversity, penned in response to Dr. Christine Blasey Ford’s testimony to the Senate during Brett Kavanaugh’s confirmation hearing. Channeling a triumphant energy in its soaring vocals and marching drumbeats, “Headlight” ultimately celebrates the power of that ineffable courage, providing both strength and solace in one simply articulated refrain (“They might not believe you/But I do”).
With its artfully woven themes of determination and persistence, Headlight also speaks to Della Mae’s collective endurance as a band who averages 220 days on the road per year. To that end, the soulful and slow-burning “Working” (one of several tracks featuring the luminous harmonies of The McCrary Sisters) came to life with co-writer Mark Erelli after witnessing Celia Woodsmith perform at a particularly rowdy gig.
Also co-written with Erelli, “The Long Game” extols the band’s camaraderie and grit, subtly twisting the mood with a bit of biting self-awareness. “There’s a line in ‘The Long Game’ that says ‘Ain’t in it for my health, that’s for damn sure,’ which I think captures us really well,” says Jenni Lyn Gardner. “We do this for the love and the message and the passion of it, and there’s never a moment where we’re like, ‘Yes, we’ve made it!’ We just keep going and keep trying to affect people positively, because that’s all we really can do.”
Elsewhere on Headlight, Della Mae turns utterly joyful in their celebration of indomitability: “First Song Dancer” pays rollicking homage to “that person in the audience who gives you all their energy right off the bat, and makes you feel like you’re up there for a reason,” says Kimber Ludiker, while “Wild One,” available now via DSPs, offers a fierce and fiery tribute to the kind of woman who is unapologetically herself.
An album graced with a rich emotional depth, Headlight shifts into a somber tone on “Change”– a starkly pensive piece written by Wood & Wire’s Tony Kamel. In another intensely revealing moment, “Waiting For You” details a struggle with infertility, its lyrics unfolding in a purposeful outpouring. Finally, on the album-closing “I Can’t Pretend,” Della Mae presents a layered meditation on failure and regret, the song’s lyrics drifting from deeply introspective to deliberately outward-looking.
Throughout Headlight, Della Mae imbues their songs with the unshakable sense of purpose they’ve embodied since first getting together. Formed in Boston in 2009 with ambitions of disrupting the male-dominated music scene, the band has proven undeniably ahead of their time in placing women at the forefront.
“From the beginning this band has been about reclaiming or changing the conversation for women, especially those whose stories haven’t been told,” explains Ludiker. Over the years, Della Mae has worked toward that goal by teaming up with the U.S. State Department and traveling to over 30 countries in an effort to improve opportunities for women all across the globe. “Advocating for women’s rights is the backbone of this band, and we realized that adding public service work to our touring was an important way we could make a difference.”
For Della Mae, Headlight marks a whole new level of fulfillment of their longtime mission as well as a profound evolution from their earliest days. “It’s important to us to back up what we stand for with what we say in songs,” says Celia Woodsmith. “This is our contribution as a band: to keep up the tradition of the women who trailblazed before us and leave the world a better place than when we found it.”
Celia Woodsmith, lead vocals, guitar
Jenni Lyn Gardner, mandolin, vocals
Kimber Ludiker, fiddle
Zoe Guigueno, bass 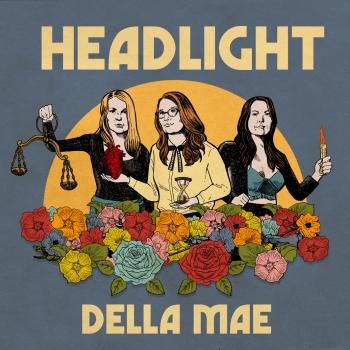 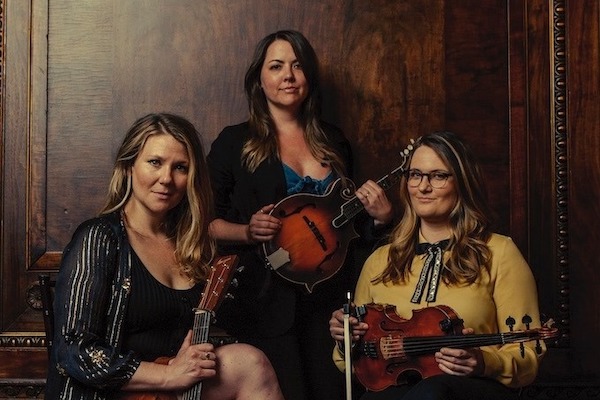 Della Mae
The follow-up to their Grammy-nominated 2013 album, ‘This World Oft Can Be,’ Della Mae’s self-titled second release for Rounder finds the all-female combo delivering eleven compelling new tunes that embody the musical and emotional qualities of the group’s prior output while venturing into uncharted creative territory. Produced by Jacquire King (Of Monsters and Men, Norah Jones, Dawes, Kings of Leon), ‘Della Mae’ showcases the band’s emotional intensity and musical invention on such originals as “Boston Town,” “Rude Awakening” and “For the Sake of My Heart,” as well as on vivid, insightful readings of the Rolling Stones’ “No Expectations” and the Low Anthem’s “To Ohio.” With an approach that’s steeped in tradition yet firmly rooted in the present, Della Mae draws from a well of influences to create vibrantly original music that conveys their expansive musical vision with timeless lyrical truths and a contemporary sensibility all their own, placing them alongside such young acts as the Avett Brothers, Punch Brothers, the Lumineers, and Hurray for the Riff Raff.