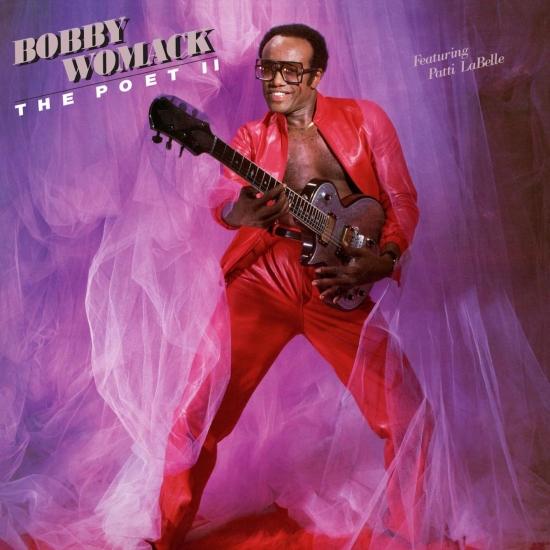 Newly remastered from the original tapes, this reissue features Patti LaBelle, George Benson and Wilton Felder. As with its predecessor, The Poet II found both commercial & critical success on both sides of the Atlantic with the UK's NME naming it Best Album of 1984.
Among the album's highlights are 3 duets with LaBelle including "Love Has Finally Come At Last" which was a presence on Billboard's Hot Soul Singles chart for 17 weeks, ultimately rising to #3.
"Though Bobby Womack's in great voice, The Poet II doesn't quite hit the same heights as The Poet, which successfully executed ideas Womack had been tinkering with since 1979's Roads of Life. This seeks the success The Poet got by surprise. Womack's skill is his pragmatic take on relationships, but on The Poet II his aim is a little off. "Love Has Finally Come at Last" is the first of three duets with Patti LaBelle. The duet idea works better on "It Takes a Lot of Strength to Say Goodbye"; it sounds better suited for two singers, and the dramatic arrangement and chemistry between Womack and LaBelle are strong but not that exciting. The Poet II also features some over-produced though skillful dance tracks. "Tell Me Why" is effective and has Womack asking why his relationship is failing and uses his children as pawns when he sings, "You don't have to do it for me/But do it for the sake of the kids." By the end of the album, Womack's lack of winning premises starts to catch up with him. "I Wish I Had Someone to Come Home To" has him sounding a little phony with lyrics like "Ain't no way this lonely man can seem to win." Fans of Womack know he'd think up something to do. The effort's last track, "American Dream," features snippets of Martin Luther King's "I Have a Dream" speech. With its so-so lyrics and plodding arrangement, it just falls apart within the first two minutes. The Poet II is no doubt a good Bobby Womack album, but it is clear that he can do much better." (Jason Elias, AMG)
Bobby Womack, vocals, guitar
Patti LaBelle, vocals
Courtney Sappington, guitar
David T. Walker, guitar
George Benson, guitar
Robert Palmer, guitar
David Shields, bass
Michael Wycoff, keyboards
Denzil "Broadway" Miller, synthesizer
Frank "Rusty" Hamilton, synthesizer
James E. Gadson, drums
Fred Johnson, electronic drums
Paulinho da Costa, percussion
Fernando Harkless, horns
Fred Wesley, horns
Harry Kim, horns
Sidney Muldrow, horns
Thurman Green, horns
Wilton Felder, horns
Dorothy Ashby, harp
James Gadson, background vocals
Kathy Bloxson, background vocals
Regina Womack, background vocals
The Valentinos, background vocals
Luther Waters, background vocals
Julia Waters, background vocals
Oren Waters, background vocals
Maxine Waters, background vocals
David Blumberg, string arrangements
Digitally remastered 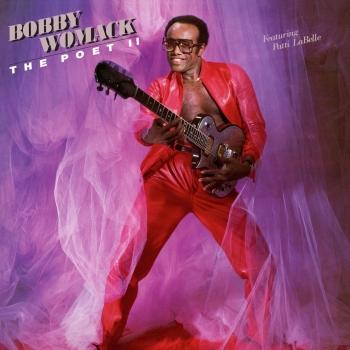 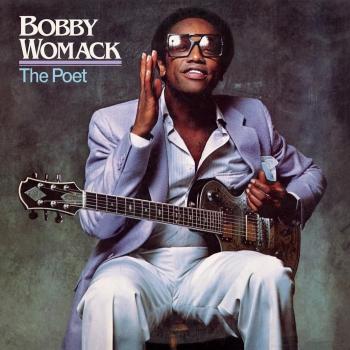