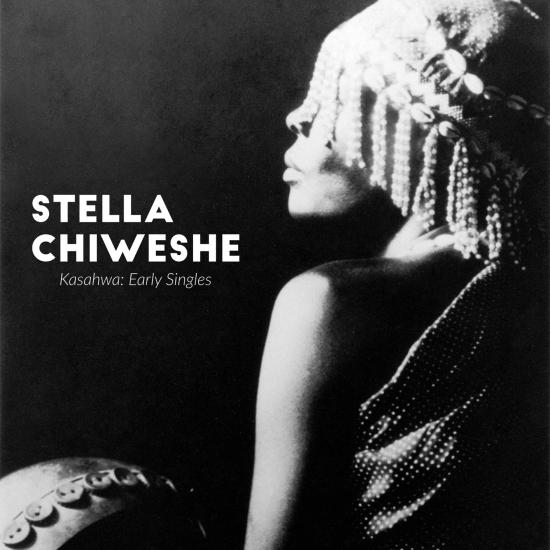 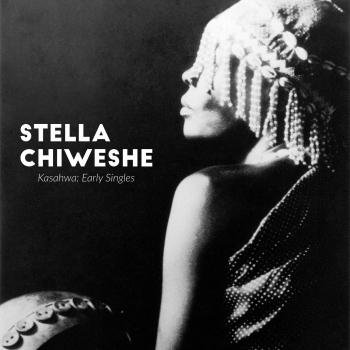 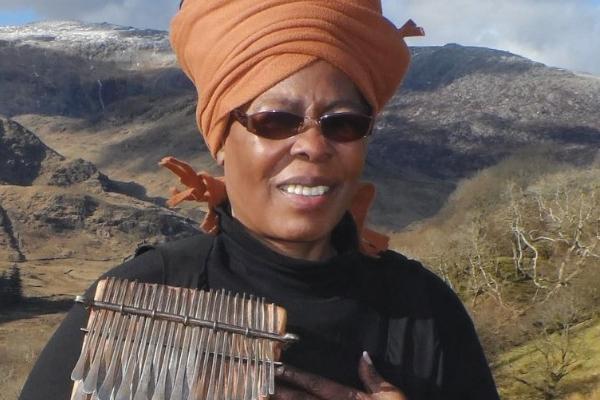 Stella Chiweshe
Now based in Germany, Stella Chiweshe comes across as very warm and down to earth, someone who is easy and very comfortable to talk to. No wonder she is so revered in her home country where she is called Ambuya Stella Chiweshe as a sign of utmost respect. On the new album, she felt the need to include older tracks such as "Chachimurenga" (hugely popular in Zimbabwe many years ago) to connect the album even more closely with Zimbabwe, giving the home crowd something a little special. The album also includes plenty of new material, which is encouraging, despite the fact that Chiweshe admits to feeling far removed from her creative muse in Germany.
She attributes her constant need to be on stage while in Europe to the feeling that she is so far from home, that here she has less to do with her days and so her main source of comfort comes from playing. "Being in Germany is a little bit of a problem for me. It is difficult for me being away from Zimbabwe. The air is polluted and there are fewer things to do than if I was at home... I need to channel that energy by playing mbira all the time." There are currently plans in Zimbabwe to present Chiweshe with a Jenaguru award in summer, an honor that will recognize her contribution to the music scene there over the past three decades. Clive Malunga, the director of Jenaguru Music Promotions, is also working hard to secure an honorary degree in arts for her from the University of Zimbabwe, a privilege that has, in the past, gone to names such as Thomas Mapfumo.
cd cover When the young Stella Chiweshe decided to become a mbira player, there was major consternation from all of those around her. She says the women were as opposed to the idea as the men. As mbira playing was entirely within the male domain, Chiweshe spent a lot of her time surrounded by men, which led the women in her village to look on her as being "loose," as she states herself. "Men played mbira, and for me to play mbira meant that I had to sit with men on either side of me. It made the women very uncomfortable." But, without reservation, Chiweshe remains steadfast that what she went through, her pioneering force at that time, has made her stronger throughout the other areas in her life. Certainly she broke significant new ground for the likes of Virginia Mukwesha (her daughter), Chiwoniso (daughter of celebrated mbira player, the late Dumisani Maraire) and the countless other female musicians in Zimbabwe today who juggle the burden of the traditional female role in society with the need to perform and be heard.
The combination of mbira and marimba might seem relatively obvious nowadays, but Chiweshe is often credited as the first artist to actually bring the two together. She said she had been searching for a sound that had been evading her since her very first recording back in 1974. She knew what she wanted to hear but couldn't quite grasp how to make this particular sound happen. After almost ten years it clicked, and she now uses two marimbas to recreate the sound of one mbira, similar to Mapfumo's idea of reconstructing the mbira sound on guitar. Talking Mbira contains two outstanding examples of this, "Chachimurenga" and "Manja." But why is it that everything she does harps back to the fundamental sound of the mbira, and what is the universal appeal of that sound? Chiweshe firmly believes that the gentle mbira timbre is "closely related to the sound of water, something that is innately familiar to all people, and therefore the mbira is instantly memorable and comforting. It is a total form of therapy in itself." But it is the power of the spirit of the mbira that is most vital to Chiweshe, the power to override all the worries of this world and render them inconsequential by comparison, whether one is open to the idea or not. In the liner notes to Talking Mbira, Chiweshe tells touching stories of individuals who have come across the sound of mbira and suddenly lost the physical pain which has accompanied their lives, and of audience members who have been moved to tears which they feel are not even their own, tears experienced by them but coming from another source within. "People do not truly understand the strength of this power. It can take you completely by surprise." She says this is why people involved in the traditional bira ceremony remove their shoes, in order to let the full extent of the spirit move them with absolute freedom, devoid of inhibition.
When I asked her to talk about the current instability in Zimbabwe, Stella told me of a dream she once had. She dreamt that, because of all the violence, all the natural disasters and negative occurrences that are happening in our world, "the soil and the energy of the earth started to sink from a great sadness. Then, from my left came female voices, so beautiful and haunting that the earth stopped sinking. Everything happens for a reason, but I believe Zimbabwe will be okay." When listening to a voice so wise and gentle, it is hard not to believe. (Jennifer Byrne)