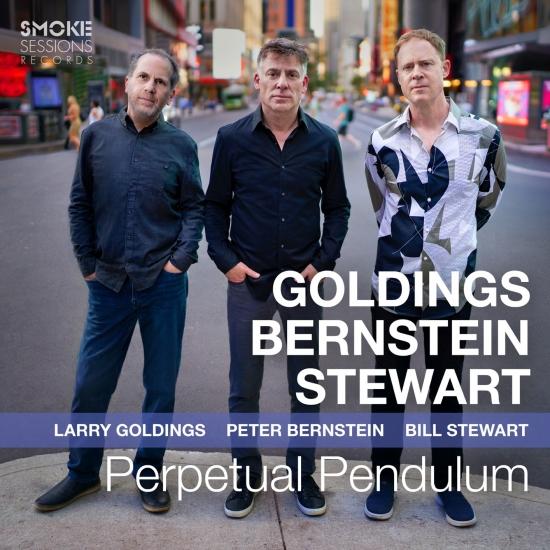 The sense of movement in the album's title is really well-put – as organist Larry Goldings has this effortless way of running up and down the keys of his instrument, and the bass pedals too – spinning things out in a really freewheeling style that's caught fire by the guitar of Peter Bernstein and drums of Bill Stewart! There's a very modern vibe to the whole thing – the album's not a set that's out to rehash a 60s soul jazz mode, but instead show that new expressions from a guitar/organ trio are alive and well – maybe no surprise, given the strength that both Goldings and Bernstein have given us over the years – although brought into even greater focus here.
PERPETUAL PENDULUM is also their debut release on Smoke Sessions, which has some historical significance related to their origins as a trio. Smoke Jazz & Supper Club, the label’s parent venue, was opened on the former site of Augie’s Jazz Bar, where Goldings, Bernstein and Stewart first performed together and established their rapport on a regular Thursday night gig starting in 1989. They also recorded this album at New York’s Sear Sound Studio A, which is where they recorded their second outing together, 1992’s "Light Blue" and was also 30 years after the release of their debut album, Goldings’ 1991 album "The Intimacy of the Blues."
If it’s hard to imagine a band with the kind of longevity that Goldings, Bernstein, and Stewart share, it’s even more rare to find one maintaining their brilliant level of musicianship and chemistry and that is not lost on the trio.
“We all really dig each other, and that's probably the most important thing,” Goldings says in an attempt to explain the trio’s indefinable chemistry. There’s a lot of crossover in what we like to play and listen to, and our individual visions of jazz tend to align. It’s hard to say, because we never really discuss it; we just try to make good records. We came up together.”
Bernstein concurs. “I think we all share a pure feeling of gratitude. With these cats, I feel pressured to play my best because they’ve heard everything I can do. At the same time, I feel comfortable trying anything with them because I know whatever I do, they're going to hold it together. We’ve all grown through our individual experiences, but we always come back to this. And it's only getting better.”
"Like a long cool glass of water amid summer’s baking heat, what delight to come across something so simple, so good so damn right." (Jazzwise)
Larry Goldings, Hammond B3 organ
Peter Bernstein, guitar
Bill Stewart, drums
Recorded on July 15 & 16, 2021 at Sear Sound Studio A, NYC
Recorded, Mixed and Mastered by Chris Allen
Produced by Paul Stache and Damon Smith 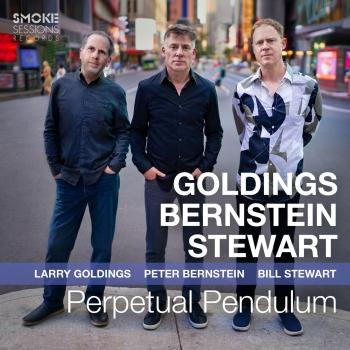 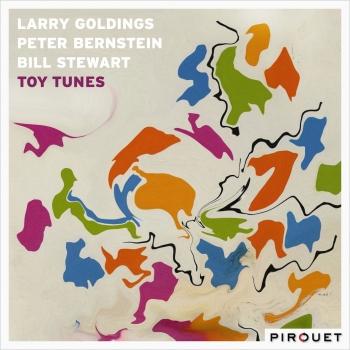 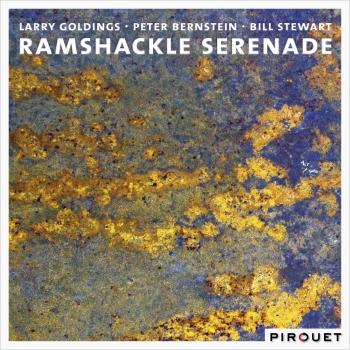 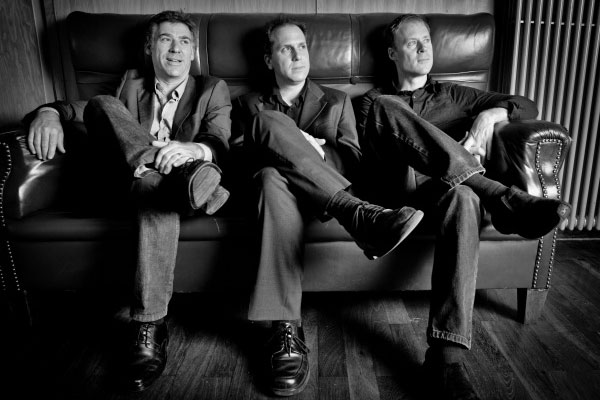