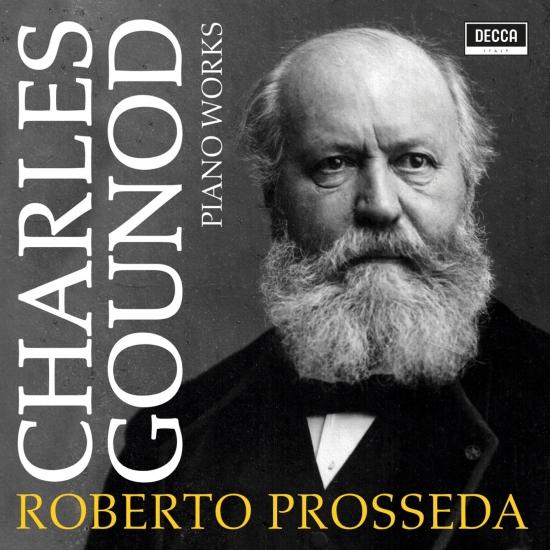 Roberto Prosseda: I decided to explore Charles Gounod’s piano music as I feel that he is one of the most underrated Romantic composers. Famous for his operas Faust and Roméo et Juliette, Gounod wrote about 40 pieces for piano, and some of them, like the ambitious Sonate pour piano à quatre mains (here recorded with Enrico Pompili), remained unpublished and unrecorded till today. After having recorded Gounod’s complete piano works for pedal piano and orchestra (the only concertante repertoire of his catalogue) it was a natural step for me to discover Gounod’s piano repertoire as well. Much of the pieces included in this CD are influenced by Mendelssohn: Gounod met Fanny Mendelssohn in Rome and she introduced him to Bach’s Well Tempered Clavier and to the Lieder ohne Worte by Felix Mendelssohn. It is not a coincidence, though, that also Gounod composed Six Preludes and Fugues (like Mendelssohn’s op. 35) and Six Romances sans Paroles, with their exquisite post-mendelssohnian lyricism. But the most famous piece is the Méditation sur le 1er Prélude de J. S. Bach (1852), that was originally written for piano solo: only later, in 1859, he added the words of Ave Maria to the melodic line, giving eternal fame to this music. Another world famous piece, originally written for piano solo, is the Marche funèbre d’une marionnette (1872), a grotesque musical portrait of the British music critic H. F. Chorney, which was used, in a later orchestral transcription, for Alfred Hitchcock's TV series.
Roberto Prosseda, piano 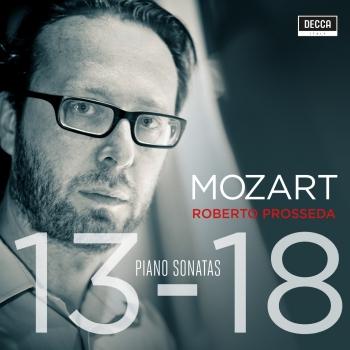 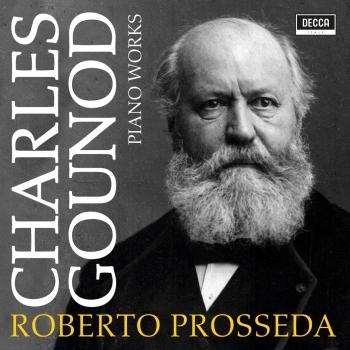 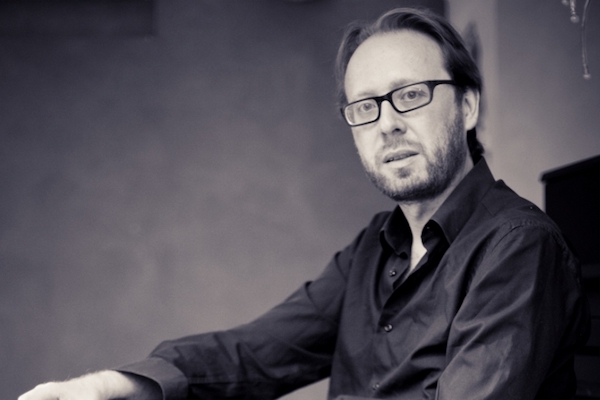 Roberto Prosseda
born in Latina, Italy, in 1975 is a leader DECCA artist.
His Decca albums dedicated to Felix Mendelssohn, including the Piano Concerto No. 3 with the Gewandhaus Orchestra and Riccardo Chailly, have won much acclaim in the press, including the CHOC from Le Monde de la Musique Classique, the Diapason d'Or and Chamber Music CD of the Month in the UK's Classic FM magazine. In 2010, Deutsche Grammophon selected twelve recordings by Prosseda to add to the box set, "Classic Gold". In 2014 Prosseda completed his 10-year project of recording all of Mendelssohn's piano works for Decca in 9 CDs.
Roberto Prosseda has performed regularly with some of the world's most important orchestras, such as the London Philharmonic Orchestra, New Japan Philharmonic, Moscow State Philharmonic, Accademia Santa Cecilia, Filarmonica della Scala, Bruxelles Philharmonic, Residentie Orkest, Netherlands Symphony, Berliner Symphoniker, Staatskapelle Weimar, Calgary Philharmonic, Royal Liverpool Philharmonic, Leipzig Gewandhaus. He performed under the baton of David Afkham, Marc Albrecht, Christian Arming, Harry Bickett, Oleg Caetani, Riccardo Chailly, Pietari Inkinen, Yannik Nezeit-Seguin, George Pehlivanian, Dennis Russel-Davies, Tugan Sokhiev, Jan Willem de Vriend, Jurai Valcuha.
Other than Mendelssohn, whose piano music he is considered to be a leading interpreter of today, Prosseda's interpretations of Mozart, Schubert, Schumann and Chopin have been particularly praised, and these composers have in fact featured in Prosseda's recent Decca recordings. In 2015, Prosseda started the complete recording of Mozart's Piano Sonatas with a modern piano tuned with unequal temperament. An active proponent of Italian music, Prosseda also recorded the complete piano works of Petrassi and Dallapiccola.
In September 2011 Prosseda gave his debut on the pedal piano, performing the Concerto for Pedal Piano by Gounod in the world premiere version for modern instrument. Concerts are planned in the coming seasons on this instrument, rediscovering the original compositions by Robert Schumann, Franz Liszt and Charles Valentin Alkan.
Several composers, including Ennio Morricone, have already written new pieces for pedal piano for Roberto Prosseda, and a recording of Gounod's four pieces for pedal piano and orchestra with the Orchestra della Svizzera Italiana conducted by Howard Shelley, was released on the Hyperion label in fall 2013. Roberto Prosseda is also very active in musical divulgation. He wrote the book "Il Pianoforte" for Curci Editori (2013) and made three documentaries dedicated to Mendelssohn, Chopin and Liszt (Euroarts).
He is currently artistic advisor at Cremona Musica International Exhibitions and president of the Associazione Mendelssohn.