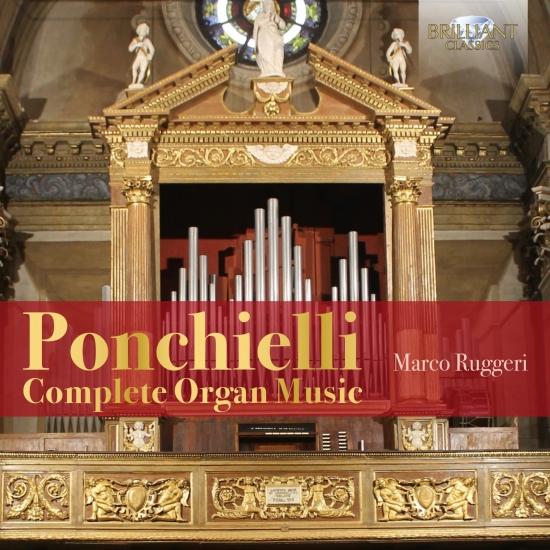 A delightful discovery for all fans of verismo and Romantic organ music, including an entire disc of world premiere recordings.
The string quartets of Donizetti and Verdi, and the oboe concerto of Bellini, represent rare overlaps between the fields of operatic and instrumental music in 19th-century Italy. Moving into the 20th century, the operas of Respighi have gained a toe-hold on the record catalogues but he is still remembered principally (and justly) for his orchestral showpieces such as the Pines of Rome, while composers in the contemporary verismo tradition carried on doing what they did best and producing knock-em-dead tragedies of high drama and low life for the lyric stage, from Tosca to La Gioconda. Or did they? A fact known to very few even in Italy is that Amilcare Ponchielli, composer of La Gioconda and teacher of Puccini, wrote not only for the opera house but also the church. As the son of a shopkeeper who was organist in the village church, he studied music first with his father and then with the organist of a neighbouring village. In his early years he produced a substantial repertoire of sacred music and a body of organ pieces for occasional and liturgical use, few of which were played until Marco Ruggeri, the organist on this new recording, gathered them together for an authoritative critical edition in 1999. They include a novel symphony ‘half for organ, half for piano’.
In 2011 Ruggeri recorded roughly half of Ponchielli’s organ output for the Bottega Discantia label, an album now superseded by this new recording made in 2017 and 2019. Never previously recorded are a collection of delightful Pastorales, as well as a funeral march in memory of his father, and a prelude to a cantata by Donizetti. However, there is one piece without which no self-regarding Ponchielli collection would be complete, and Marco Ruggeri includes it here as an encore: the ‘Dance of the Hours’ from La Gioconda, made eternally famous by Disney’s troupe of dancing elephants.
Amilcare Ponchielli (1843-1886) is considered as one of the most important opera composers of 19th century Italy, but it was as an organist that he set out in life to earn his living. Having been taught by his organist father he held posts at churches in Piacenza, Cremona and finally Milan.
The first album of this double album contains a set of 16 Pastorals, a popular genre originating in Baroque France. Ponchielli uses all his dramatic invention to create striking contrasts between the darkness of the Christmas night and the light provided by the glorious nativity. The second CD contains shorter works composed for liturgical use, to be played during the Offertory or after Communion.
Marco Ruggeri is one of Italy’s foremost organists, a pioneer of forgotten Italian organ composers, he already successfully recorded for Brilliant Classics works by Fumagalli, Petrali, Gambini, Da Bergamo and Morandi. He plays a Stefani organ of 1856, which was inaugurated by Ponchielli himself, and an Inzoli organ of 1873, the specifications of which are included in the booklet.
Marco Ruggeri, organ 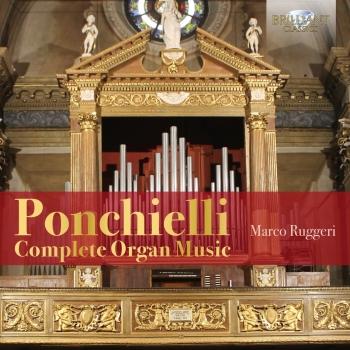 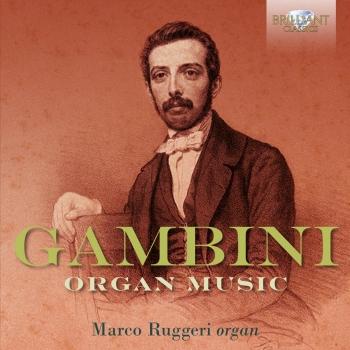 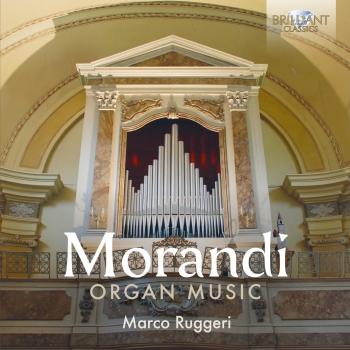 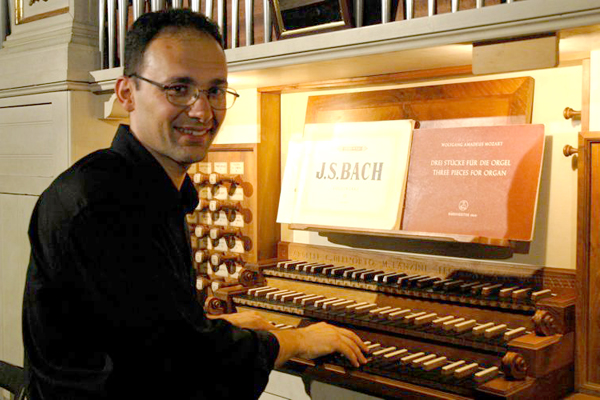 Marco Ruggeri
was born in Cremona in 1969. He studied at the conservatoires of Piacenza and Brescia, graduating with diplomas in organ, harpsichord and choral conducting, before completing his studies with Andrea Marcon at the Schola Cantorum in Basel.
A former prizewinner at the International Organ Competition in Bruges (1996), Ruggeri’s accolades also include rst prize at the Sant’Elpidio a Mare Organ Competition (1998) and the National Harpsichord Competition of Bologna (1997). He also holds a degree in Musicology from the University of Pavia; scholarly publications of his include editions of Ponchielli’s organ music, the Catalogo del Fondo Musicale by Padre Davide da Bergamo, and a manual of harmony and basso continuo published by Ricordi.
Ruggeri’s recordings cover organ music by Padre Davide da Bergamo – described by Italian music magazine Musica as ‘exceptional music’ – Ponchielli, Serini, Mozart, Bossi and Petrali. He currently teaches at the Novara Conservatory, and in his home city of Cremona is assistant organist at the Cathedral and titular organist of the 1877 Lingiardi organ of San Pietro al Po. He is a consultant for the restoration of organs.