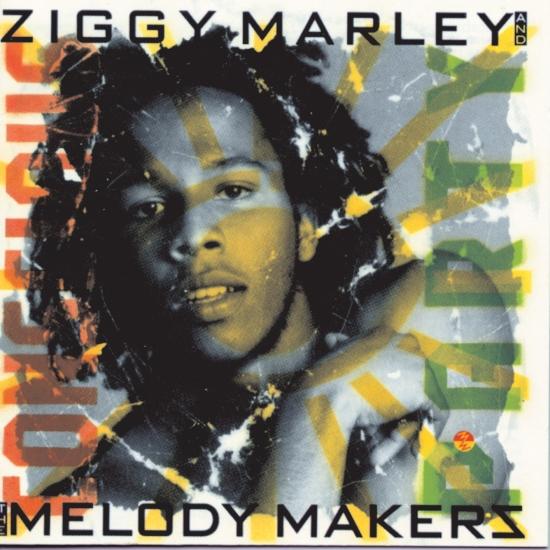 Conscious Party is Ziggy Marley and the Melody Makers' third album. It was released in 1988. This album became popular with the hits "Tumblin' Down" and "Tomorrow People". It won the Grammy Award for Best Reggae Album in 1989.
With three albums already behind them and one of the most famous names in popular music, the Melody Makers were well known to reggae fans everywhere when they went into the studio in 1987 to record this album. In the music business and in wider circles however they were often still viewed as something of a novelty act. This album changed all that. Full of great hooks and incisive lyrics, Conscious Party was a breakthrough for the band both commercially and artistically. The album leads off with the title track, a song that neatly captures what the Melody Makers are all about. "Lee and Molly", a provocative song about interracial love follows and features the signature guitar licks of Rolling Stone Keith Richard. The third track, "Tomorrow People" was a top 40 hit in U.S and the song that introduced many people to the new Marley magic. The sublime but less well-known "New Love" follows, and then the second hit single on the album, "Tumblin' Down", re-mixed to ride high on the R&B charts. An excellent CD bonus track ("We A Guh Some Weh") follows, then "A Who Say?" with Stephen taking over on lead vocals. One rhetorical question is followed by another as the Melody Makers ask "Have You Ever Been to Hell?". "We Propose", "What's True?", and "Dreams of Home" then round out this sparkling set.
Members of the Ethiopian band Dallol and guitar great Earl "Chinna" Smith provide backing instrumentation throughout. The album was produced by ex-Talking Heads Chris Frantz and Tina Weymouth. Reaching Platinum sales internationally, Conscious Party was one of the best-selling reggae albums ever released. Ten years later it remains as a crucial recording.
"The Melody Makers' breakout album, and why is clear from the opening notes of the title track which kicks off the set. Producers Chris Frantz and Tina Weymouth, of Talking Heads fame, gloss the record with a perfect electro-sheen, helping shine the pop edges to a sharp gleam, while still emphasizing the dance beats. The Melody Makers add the magic; veterans now after two previous albums, they've honed their sound to a fine edge. They still mix styles -- party music, cultural songs, and rootsy numbers -- but the production with its keyboard heavy emphasis and digitized beats makes the stylistic shifts less startling than in the past. A song like "New Love," a hybrid of emotional ballad, deep roots, and synthi-dance, shows how cleverly the band have become at combining seemingly opposing elements. "Have You Ever Been to Hell" is equally intriguing, with its bouncy upbeat melody, surrounded by ever more sinister effects, surely the aural illustration of how the road to hell is paved with good intentions. "Lee and Molly" is masterful dubby roots on the theme of love gone very wrong, while "Dreams of Home" is a sublime repatriation song, which blends African harmonies and rhythms to a wistful, emotive ballad. Every single track has something equally exciting to offer. And the Melody Makers are now proving that they really can be all things to all people." (Jo-Ann Greene, AMG)
Ziggy Marley, guitar, vocals, background vocals
Stephen Marley, vocals, background vocals
Jerry Harrison, Hammond organ
Mulu Gessesse, guitar
Zeleke Gessesse, bass
Dereje Makonnen, keyboards
Lenny Pickett, clarinet, piccolo, saxophone, double bass
Gary Pozner, keyboards
Melaku Retta, keyboards
Keith Richards, lead guitar on "Lee and Molly"
Mark Roule, tambourine
Asrat Aemro Selassie, percussion, bongos, conga, tambourine, background vocals
Earl "Chinna" Smith, guitar
Raphael W'Mariam, drums, timbales
Franklyn "Bubbler" Waul, keyboards
Rita Marley, background vocals
Sharon Marley Pendergast, background vocals
Cedella Marley, background vocals
Laura Weymouth, background vocals
Tina Weymouth, background vocals
Produced by Chris Frantz and Tina Weymouth
Digitally remastered
Please Note: We offer this album in its native sampling rate of 48kHz, 24-bit. The provided 192kHz version was up-sampled and offers no audible value! 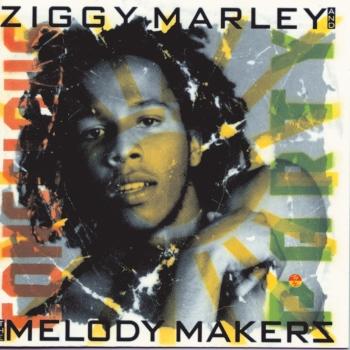 Ziggy Marley And The Melody Makers