Between the Sheets The Isley Brothers 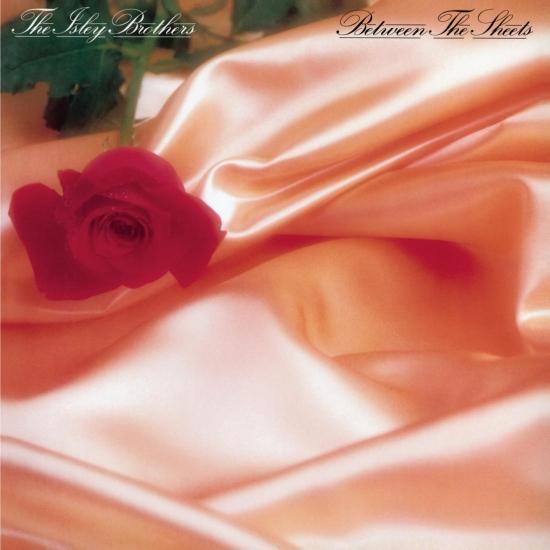 Info zu Between the Sheets

A wonderful album from the Isley Brothers – and a real departure from their funkier sound of the 70s! The album has the group operating in a wonderful smooth soul mode – just what you'd expect from the "between the sheets" in the title, and the silky bedclothes on the cover! The centerpiece of the album is the loving title cut – a wonderfully catchy number that works well not only as a stepper's dancefloor tune, but also as a hip hop sample track (used most famously in Tribe Called Quest's "Bonita Applebum".) The whole thing's great, though – and other tracks include "Choosey Lover", "Touch Me", "Slow Down Children" and "Getting' Over".
„Compared to their past material, Between the Sheets lacks a consistent mix of sultry ballads and funky dance numbers. There are really only two Isley Brothers' classics on this project: "Choosey Lover" and the title song "Between the Sheets." The former has a romantic flow and the latter is just shy of mid-tempo but not a bona fide ballad. (When one thinks of a quiet thundering storm, this song's bassline comes to mind; as soothing as it is, it also has that trembling effect.) It fell short of number one, peaking at three on the Billboard R&B charts. It was becoming obvious that the group's continuity was fading -- not so much from dissension within the group, but more so from dwindling interest in the music industry among group members (it was the group's last album as 3 + 3). Marvin and Ernie Isley and their brother in-law Chris Jasper would release an album the following year as Isley Jasper Isley.“ (Craig Lytle, AMG)
Ronald Isley, lead and background vocals
O'Kelly Isley, Jr., background vocals, co-lead on "Slow Down Children"
Rudolph Isley, background vocals, co-lead on "Way Out Love" and "Slow Down Children"
Ernie Isley, guitars, drum programming, percussion and background vocals
Marvin Isley, bass, percussion and background vocals
Chris Jasper, piano, keyboards, synthesizers, percussion, vocoder, vocals, background vocals
Recorded November 1982 – February 1983 at Bearsville Studios, Bearsville, New York
Engineered by F. Byron Clark, Mark McKenna
Produced by The Isley Brothers
Digitally remastered

The Heat Is On

Go for Your Guns