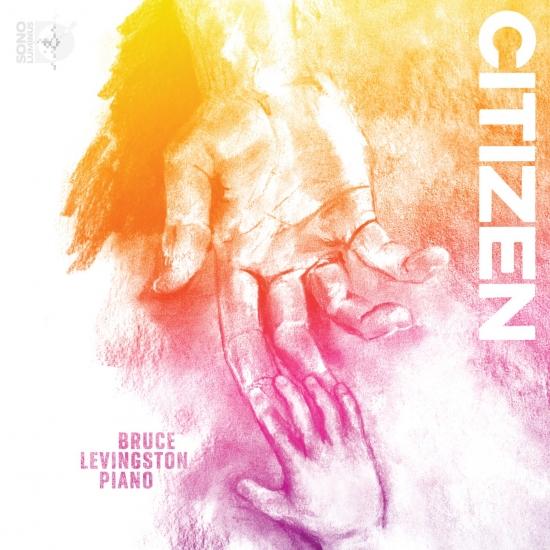 Bruce Levingston writes of his new release: The genesis of this recording was an invitation to perform for the opening of the Mississippi Civil Rights Museum, an event which inspired me to meditate on the complex history of my birthplace, Mississippi. A storied, culturally-rich state, it has produced some of our countrys most important artists including William Faulkner, B.B. King, Leontyne Price, and Eudora Welty but is also a place that has witnessed notably painful struggles with race, poverty, and equality. The scars are painful and deep. Here, among our colleges, churches, cotton fields and battlefields, contradictions abound. These disparate, but related, elements have long absorbed and confounded artists born in this mystical place. In recent years, I have come to see that my beloved state only reveals more intensely what exists in other places in our world: the struggle for people to come to terms with one anothers histories and differences. In this time of turmoil between peoples and nations, focused on issues of citizenship and patriotism, we continue this struggle. I chose to name this album Citizen, not only because it contains works that reflect upon actual citizenship and human rights, but also to highlight that we are all citizens of one earth, and in order to survive, we must find ways to respect one anothers differences, and strongly uphold each others right to exist with dignity and freedom. On this recording, I have gathered together works by composers who have contemplated these issues deeply. The voices of these artists plead for civility, humanity, and love, and each brings a sense of immediacy to the cause offering not a clenched fist, but an open hand that reaches out with a welcoming embrace.
Bruce Levingston, piano 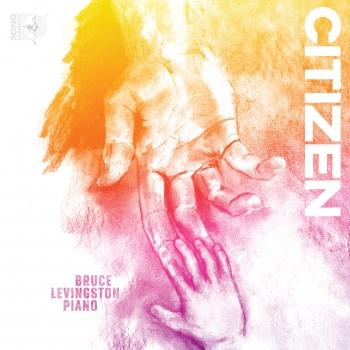 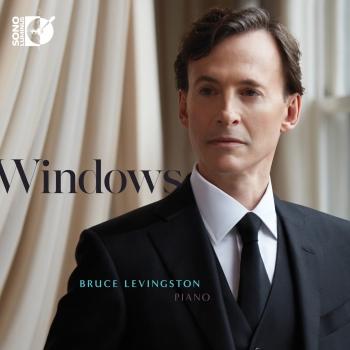 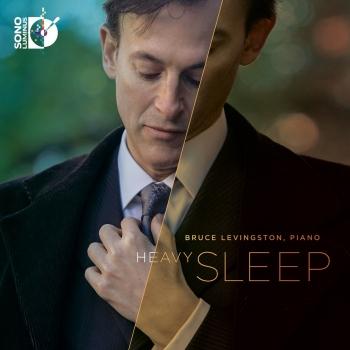 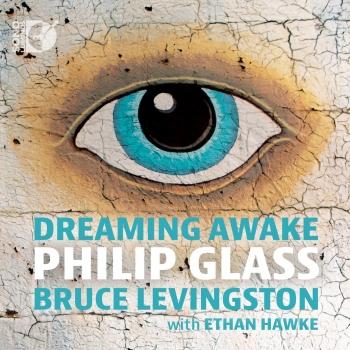 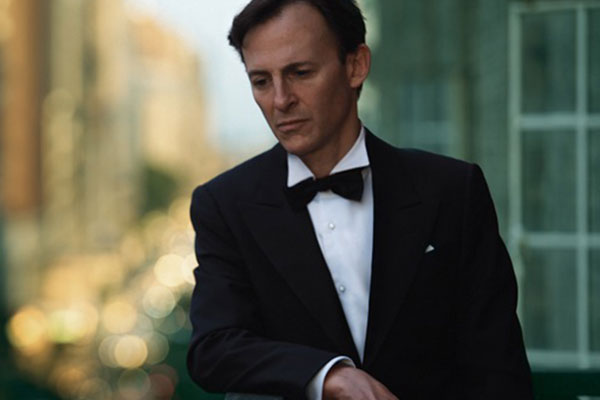 Bruce Levingston
is one of today's leading figures in contemporary music. Many of the world's most important composers have written works for him and his Carnegie Hall and Lincoln Center world premiere performances of their works have won notable critical acclaim. The New York Times has called him 'one of today's most adventurous musicians' and praises his performances as 'graceful', 'dreamy, and 'hauntingly serene.' The New Yorker has described him as 'elegant and engaging... a poetic pianist who has a gift for glamorous programming,' while The Washington Post has lauded his 'wonderfully even touch' and 'timeless reverie, which Levingston projected beautifully.'
Mr. Levingston has appeared as a soloist and chamber musician in many international music festivals and his recordings have received high critical acclaim. His CD Still Sound was named 'Record of the Month' by MusicWeb International which praised his 'extraordinary gifts as a colorist and a performer who can hold attention rapt with the softest of playing.' In a glowing review of his recent CD Nightbreak, The American Record Guide wrote 'Levingston is a pianist's pianist' and praised his 'stunning and highly illuminating performances', Gramophone called his playing 'masterly'. Levingston's CD Heart Shadow, also received notable praise and was named 'Album of the Week' by New York City's WQXR. The Cleveland Plain Dealer called Levingston's recording 'vivid and richly expressive...a gripping, dynamic performance' and Classics Today lauded his CD Portraits for its 'transcendent virtuosity and huge arsenal of tone color.'
Noted for his innovative and thoughtful programming, Mr. Levingston has performed and collaborated with some of the most interesting artists of our time including painter Chuck Close, actor/author Ethan Hawke, authors Michael Cunningham, Nick McDonell, and George Plimpton, composer/performers Lisa Bielawa and Philip Glass, violinist Colin Jacobsen, and choreographers Jorma Elo and Peter Quanz. His repertoire spans from the Baroque works of Bach and Scarlatti to the Classical and Romantic masterpieces of Mozart, Beethoven, Schubert, and Brahms to the most avant-garde works of today. His programs often feature and highlight many of the twentieth century's most influential composers including Satie, Debussy, Bartok, Webern, and Messiaen. In 2007, Mr. Levingston played a critically acclaimed sold-out concert devoted to the music of Erik Satie at New York's French Institute/Alliance Française.
Long interested in human rights, Mr. Levingston gave performances to assist emerging 'refusniks' from the Soviet Union, served as a U.S. delegate to the American Council on Germany in Berlin and Hamburg, and performed at the United Nations in honor of the people of Denmark for their heroism during World War II. He is founding chair and artistic director of Premiere Commission, Inc., a non-profit foundation that has commissioned and premiered over forty new works.
In 2007, Mr. Levingston appeared as special guest artist at New York's City Center for the world premiere of American Ballet Theatre's production of a new ballet inspired by Chuck Close's life with music by Philip Glass. In 2008, Mr. Levingston performed a critically acclaimed sold-out solo concert at Carnegie Hall premiering works by Grawemeyer Award-winner Sebastian Currier, Germany's celebrated Wolfgang Rihm and Pulitzer Prize-winner Charles Wuorinen. In 2009, Mr. Levingston gave the world premiere of Rome Prize-winner Lisa Bielawa's 'Elegy-Portrait'; in 2010, he performed another all-French program for the Alliance Française in New York and, in 2011, performed premieres by David Bruce, Sebastian Currier and Dmitri Yanov-Yanovsky with the brilliant violinist Colin Jacobsen at Library of Congress in Washington, D.C. and Carnegie Hall in New York City. The New York Times reported that 'Mr. Levingston has found a soul mate in Colin Jacobsen... they joined forces in the kind of recital for which each has become known: driven by ideas and filled with music old, new and well worth hearing.' In 2012, Mr. Levingston celebrated the Tenth Anniversary of Premiere Commission in a special sold-out gala concert with Brooklyn Rider and Lisa Bielawa at the Poisson Rouge. Mr. Levingston records for Orange Mountain Music and Dorian Sono Luminus.