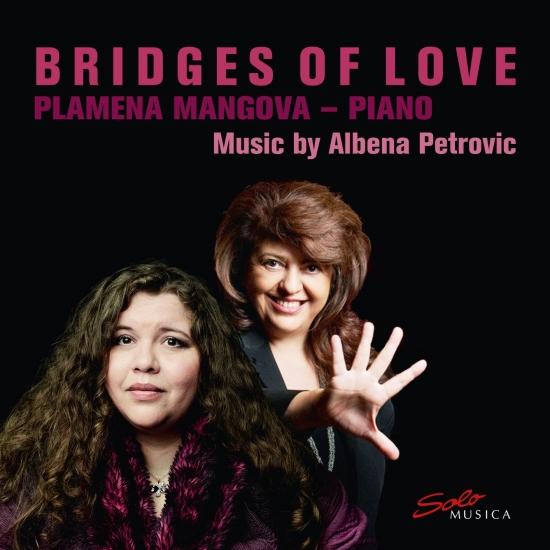 Albena Petrovic, the Luxembourgish composer of Bulgarian origin, has meanwhile made a name for herself far beyond the borders of the duchy - with more than 600 compositions in a wide variety of genres and instrumentations, including operas, concerts, chamber music, vocal and solo piano works, which have been published, recorded on CDs and performed worldwide. Now her new album Bridges of Love, which combines highlights of her piano work with new compositions, is available worldwide from March 2020. The interpretation is in the hands of her congenial compatriot Plamena Mangova. The Bulgarian pianist first attracted international attention when she won second prize at the renowned Concours Reine Elisabeth in Brussels in 2007. Since then she has performed with renowned orchestras such as the Staatskapelle Berlin, the BBC Philharmonic and the symphony orchestras of Rotterdam, Radio France, Luxembourg and Tokyo, and has played alongside artists such as Sir Colin Davis, Lawrence Foster, Renaud Capuçon and Maria João Pires. Her recordings have been honoured many times with awards such as the ‘Diapason d’Or de l’Année’.
Plamena Mangova, piano 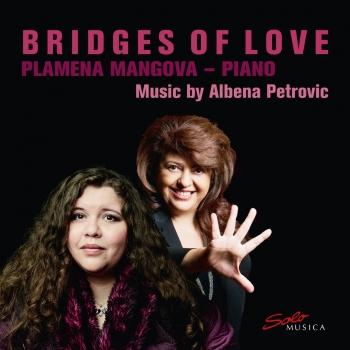 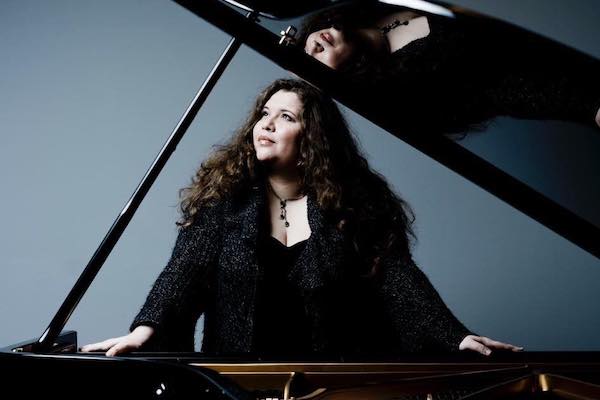 Plamena Mangova
Bulgarian pianist Plamena Mangova, who was born in 1980, was discovered when she won second prize at the Queen Elisabeth Competitions in Brussels in 2007. That award was followed by a Diapason d’Or de l’Année for her fi rst solo CD, which was dedicated to Shostakovich. She has also won awards at the Festival Juventus in France and in other important international competitions.
Plamena Mangova studied with Marina Kapatsinskaya at the State Music Academy in Sofi a. She engaged in further studies with Dmitri Bashkirov at the Escuela Superior de Musica Reina Sofi a in Madrid and with Abdel Rahman El Bacha at the Queen Elisabeth Music Chapel. She gained further impulses from numerous masterclasses with leading musicians such as Leon Fleisher, Rosalyn Tureck, Krystian Zimerman, Ralf Gothoni, András Schiff, Mauricio Fuks, Zakhar Bron, Natalia Gutman and Teresa Berganza. She has demonstrated her skill as a concert pianist worldwide, from Tokyo to St Petersburg, at key European venues and with renowned orchestras such as the Rotterdam Philharmonic Orchestra, the Orchestre Philharmonique de Radio France and the Moscow Tchaikovsky Symphony Orchestra.
As a sought-after chamber musician, she performs with artists such as Maria João Pires, Boris Berezovsky, Augustin Dumay, Mihaela Martin, Jian Wang, Pascal Moragues, Alexei Ogrintchouk, Alexander Knyazev, Frans Helmerson, Nobuko Imai and the Quatuor Ysaÿe. Plamena Mangova has twice taken part in the respected “Hand in Hand” project in Brussels, which is supported by Martha Argerich and Médecins du Monde. She has been invited on several occasions to give masterclasses in Spain, South Africa, Japan, Belgium and Bulgaria.