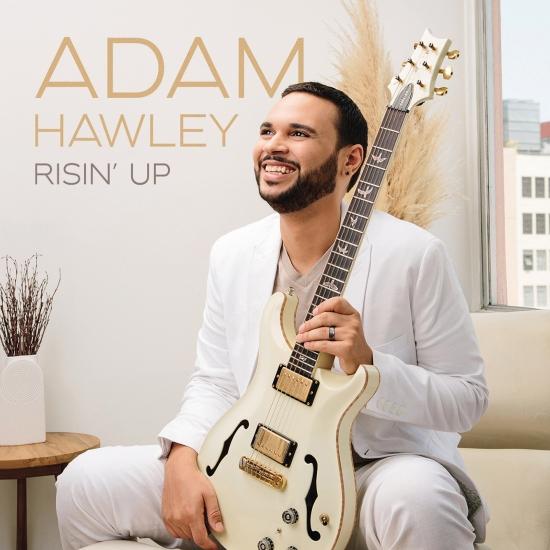 Dropping his third album two weeks prior to last year’s stay-at-home order due to the COVID-19 pandemic didn’t halt guitarist Adam Hawley’s remarkable chart domination. His R&B-jazz collection “Escape” proved inescapable, scoring three No. 1 singles, including the No. 1 single of 2020, “To The Top.” The musician-songwriter-producer who to date has amassed nine No. 1 singles returns on September 10 with his fourth album, “Risin’ Up,” which will be preceded by the horn-powered title track as the first single that goes for playlist adds on August 16. The second release on Hawley’s MBF Entertainment label, “Risin’ Up” is purposely upbeat after what the world has endured since his last album. “Risin’ Up” represents us as a country ascending over the past year and a half with a sense of renewed purpose and vigor. It’s about overcoming and feeling inspired and hopeful. The title track, featuring a great horn arrangement from David Mann, encapsulates the positivity of this album,” said Hawley, who wrote nine new songs for the set, three of which were cowritten by keyboardist Carnell Harrell.
“I started writing as soon as my last album was released, which coincided with the pandemic. Like many others, I found myself at home with a great deal of time on my hands and spent most of it in the studio writing, experimenting with new sounds, and exploring my creativity.” One of the other things that Hawley did during quarantine was launch “AH•Live!,” a weekly Facebook Live show on which he interviews and jams remotely with other prominent musicians from the R&B and contemporary jazz worlds. Connecting with his fellow artists from a different perspective opened the door to new collaborations. That’s how Hawley got saxophonists and fellow chart-toppers Steve Cole, Vincent Ingala and Riley Richard to appear on the album.
“Many of the musicians on the record were people I got to know better through the show and collaborating virtually via my broadcast. It was natural to think of them for this album and I was excited that they agreed,” said Hawley, who will support the new album with concert dates through the end of the year. Other featured soloists on “Risin’ Up” include bassist Julian Vaughn, who appeared on Hawley’s second album, “Double Vision,” and Kat Hawley, his wife who sings on all of his projects. Kat Hawley’s vocals command the spotlight on “Tell Me You Love Me,” a reimagined Demi Lovato tune that closes the collection. The album explodes out of the gate with “Gotta Get Up,” a danceable number that recalls the mighty Earth, Wind & Fire horn section. The powerhouse horn arrangement in this case was provided by Michael Stever, Hawley’s former bandmate when the two toured with hitmaker Brian Culbertson. “I always like to make a statement with the opening track and this funky tune is no exception. Look out for the killer horn break!” said Hawley, who released his first two albums on Kalimba Records, the label founded by EWF visionary Maurice White.
As charismatic as he is a nimble-fingered fretman, Hawley was an in-demand sideman and versatile session player who played with Jennifer Lopez, Natalie Cole, Dave Koz, The Manhattan Transfer, Brian McKnight and Backstreet Boys among others before dropping his 2016 debut disc, “Just the Beginning.” He’s performed as a solo artist at festivals, theaters and clubs around the world. An educator who earned a doctorate in music arts from the University of Southern California, Hawley has played in the house band on “American Idol.”
Guitarist Adam Hawley has burst on to the scene as a celebrated and innovative artist, composer and band leader. Originally signed to Maurice White’s (founder of Earth, Wind, & Fire) label Kalimba Music, Adam’s first two albums “Double Vision” and “Just the Beginning” spawned an incredible Six #1 Hits, an unprecedented feat for a new artist. He followed that up with “Escape” which included the 2020 Billboard Song Of The Year “To The Top.” Now totaling 9 # 1’s, Adam sets out with this exciting fourth album “Risin’ Up” which features Steve Cole, Vincent Ingala, Julian Vaughn, Riley Richard & Kat Hawley anchored by the thrilling first single “Risin’ Up” In addition touring as a leader, he has also played for Jennifer Lopez, Natalie Cole, Lalah Hathaway, The Manhattan Transfer, Gerald Albright, and recently appeared on American Idol in the house band to name a few. He also is an educator holding a Doctorate in Musical Arts from the University of Southern California in Los Angeles. Focus Tracks: “Risin’ Up”, “Let’s Get Down Tonight” & “Right On, Right On”
Adam Hawley, guitar
Steve Cole, saxophone
Vincent Ingala, tenor saxophone
Julian Vaughn, bass
Riley Richard, saxophone
Kat Hawley, vocals
Carnell Harrell, keyboards
Mel Brown, bass
Eric Valentine, drums
Ramon Yslas, percussion
David Mann, horns arrangement 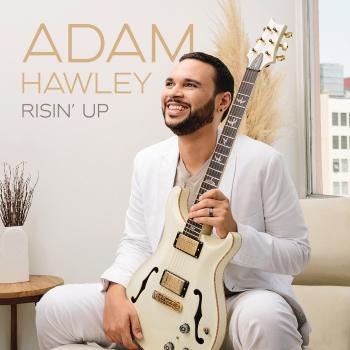 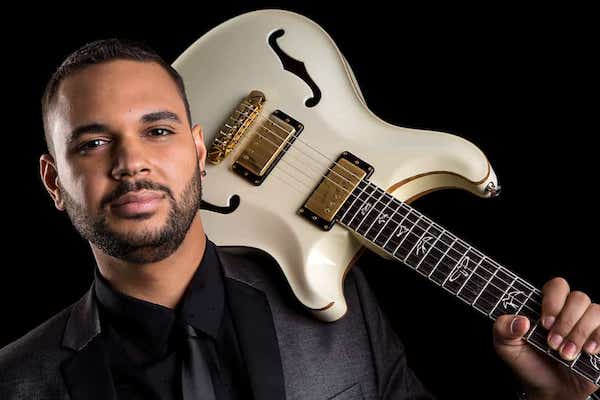 Adam Hawley
currently a resident of Los Angeles, started his music career in the Portland Metro Area of Oregon, before moving to Southern California in 2002. The music bug bit early when he came across his parent’s record collection, which ranged from Earth, Wind, & Fire and The Brothers Johnson to Elvis. He started piano at age eight, before embarking on his career as a guitarist at age nine. Touring came just five years later in a bluegrass band that performed extensively throughout the Pacific Northwest. Then came a blues/rock band which also toured Oregon and Washington.
Following high school, Adam moved to L.A. at age 17 to attend the University of Southern California. He received his bachelor’s, master’s, and doctorate degrees from USC in Studio/Jazz Guitar. In the world of academia, he has gone on to hold countless masterclasses and clinics worldwide, and he currently teaches at Musician’s Institute, Chaffey College, and Saddleback College.
Before embarking on a solo career, Adam was also known as a prolific guitarist to the stars, appearing with a who’s-who list of artists in a wide variety of genres. Credits include Dave Koz, Jennifer Lopez, Brian Culbertson, Natalie Cole, Brian McKnight, Gerald Albright, Dave Koz and Friends Cruise, and American Idol to name just a few.
In 2015, he was tapped to join Maurice White’s new label, Kalimba Music. His debut record, Just the Beginning, garnered numerous accolades and spawned three #1 hit songs, unprecedented for a new artist. The first single, “35th St.,” featuring Eric Darius, had the longest run at #1 on Billboard in 2016. He went on to be named Debut Artist of the Year by both Smooth Jazz News and Jazz Trax. His second record, Double Vision, was released in March 2018 and its first single got off to a hot start. The new project features performances by Dave Koz, Jeff Lorber, Marcus Anderson, Julian Vaughan, and Darren Rahn.