With a Nordic Sound - An American Jazz Orchestra. Against All Odds Jens Wendelboe 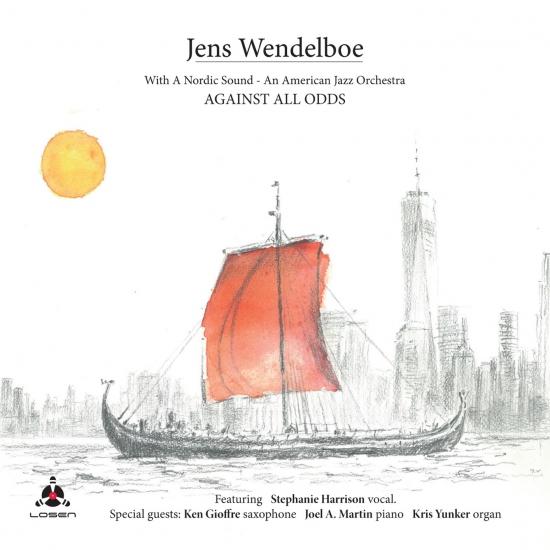 Info zu With a Nordic Sound - An American Jazz Orchestra. Against All Odds

This is the longest and hardest production that I have ever ventured into. But as I have always said, it is the process, not necessarily the final product, that is interesting. Composing music can be a very solitary endeavor but writing and arranging the 12 compositions for this band and CD production was an interesting journey in and of itself. As we worked and recorded, re-writing and revisions were a constant part of the process. And it must be said, that working with the lyricist Kari Iveland, whom I have now had the pleasure of working with on many different projects, was a blast.
Covid 19 played a large role in the naming of the album “Against All Odds.” We were only able to have one full band rehearsal at a private home, and fatefully managed to get all the rhythm section tracks recorded in just two days in March 2020 right before Covid 19 quarantine measures set in. Then everything shut down and the policy of not being able gather more than 4 people in one place, made it impossible to work with a 20-piece big band. We tried coming up with a new and safe plan for rehearsals and recordings, but it was not possible. The pandemic proceeded to get worse and grounded everything to a halt.
In late spring 2020 several new attempts were made to hold the horn section rehearsals, but to no avail. We even started a trumpet section rehearsal but called it off after a few minutes because it did not feel safe. In the meantime, Jason Polise my co-producer/magician/mixer/editor and musician edited and mixed the rhythm section tracks and recorded the baritone sax alone. Finally, by June it was warm enough for us to do a safe-distance rehearsal outside – to my neighbors’ delight. We pulled it off with the saxophone section, and the next day we recorded the 4 saxophones in the studio by placing people in booths, more than 10 feet apart and with masks, open windows, and doors.
We repeated this procedure separately with the trombone and trumpet sections and were able to get most of the sections recorded by July. Jason and I also made rhythm section tracks for the different musicians to use for overdubbing their solos, and some people recorded tracks at home. Just to collect and organize all the loose takes and versions of all the recordings, was a very tedious and long process. With all this in place, we began the process of editing and rough mixing the arrangements – and were nostalgic for the days of live recordings…ha-ha!
Now on a roll, we secured a record company who was interested in releasing the production internationally from Norway. They too had their wishes regarding this production and further adjustments were made. We are grateful for their positivity and help in the process of getting this all finalized.
In conclusion, a band consisting of more than two people is a potential problem – so there were of course additional obstacles happening along the way – but we kept pushing on and are proud to present “Against All Odds” which we hope you will enjoy.
Stephanie Harrison, vocals
Jens Wendelboe, solo trombone
Jon Saxon, alto saxophone
Keith Gurland, alto saxophone
Ken Nigro, tenor saxophone
Fred Scerbo, tenor saxophone
Jason Polise, baritone saxophone
Per Onnerud, trumpet (tracks 1,2,3,4)
Louise Baranger, trumpet (tracks 1,2,3,4)
Andrew Willmott, trumpet (tracks 1,2,3,4)
Larry Nissman, trumpet (tracks 1,2,3,4)
Joe Letizia, trombone (tracks 1,2,3)
Erick Storckman, trombone (tracks 1,2,3)
Howard Levy, trombone (tracks 1,2,3)
Walter Barrett, bass trombone-tuba
Paul Mariconda, keyboards
Ryan Parrino, guitar
Michael Nunno, bass
Tyger MacNeal, drums
Special guests:
Stephanie Harrison, vocals
Jens Wendelboe, solo trombone 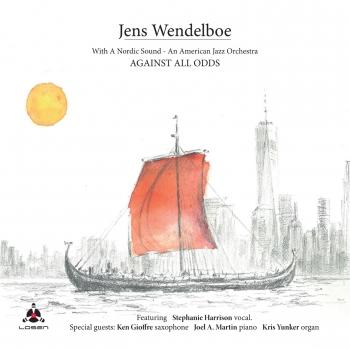 With a Nordic Sound - An American Jazz Orchestra. Against All Odds 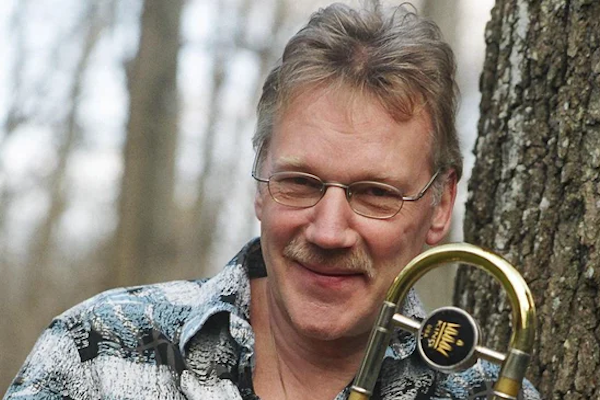 Stephanie Harrison
is a singer and voice-over artist based in the New York metropolitan area.
She has been the voice of Lord and Taylor, Gillette, Shiseido and many other animated stories. She fronts for several of the tri-state area's most popular event bands as well as working regularly with A Nordic Sound.
She is a fairly well kept secret that is beginning to be known in Europe where she recently performed as a soloist with a jazz orchestra to standing ovation and 2 encores.
Her influences include Janis Joplin, Aretha Franklin, Ella Fitzgerald and Tori Amos.
Jens Wendelboe
is internationally recognized award-winning composer, orchestrator, conductor and trombonist of jazz and symphonic music alike. Jens had the honor to be Music Director and conductor for Donna Summer for over 22 years. He joined the legendary group, Blood, Sweat and Tears in 2006 and was a featured member for 8 years. Jens lived in Europe for most of his life and held such prestigious positions such as Conductor and arranger of the Norwegian Radio Orchestra. He has released eleven CDs with his Big Crazy Energy New York Band as well as The Crazy Energy Orchestra. Mr. Wendelboe has performed with such artists as Shakira, Aretha Franklin, Al Jarreau, Jeff Lorber, David Foster, Paul Anka, Frankie Valli, Jimmy Webb, Roger Nichols, Johnny Mathis, Barry Mann, Cynthia Weil, Bruce Roberts, Bette Midler, Bill Watrous, Phil Woods, and more.
Jon Saxon
lead alto saxophone and band personnel director of A Nordic Sound. He’s been playing, teaching and leading bands in the New York tri-state area for over 30 years. Jon’s versatility has made him much sought-after by groups ranging from large jazz ensembles and musical pit orchestras to funk and rock bands. Noted musical artists Jon has performed with include The Four Tops, The Temptations, Brian Torff, Sal Salvador, Larry Coryell, Larry Chance & the Earls, and The Belmonts.