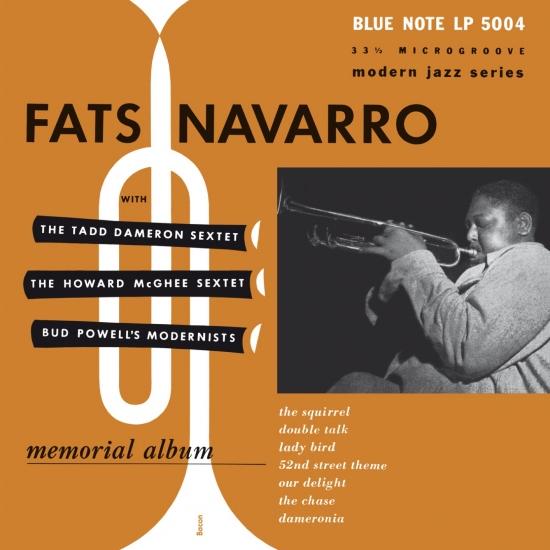 „Along with other bebop sides Navarro did for Capitol and Blue Note, these Savoy cuts are part of the trumpeter's essential recordings. And being mindful of his early demise in 1950, it's amazing to realize that the Memorial album is one of several incredible sessions Navarro was able to produce in just over a two-year period during the late '40s. Teaming up with frequent musical partner Tadd Dameron, Navarro reels off fluid solos on both the outstanding Dameron original 'The Tadd Walk' and a second impressive swinger 'Be Bop Carroll.' The remaining sides from this date feature vocalist Kay Penton, who, while not being terribly exciting, delivers some beguilingly languid lines; the rest of the top-flight group includes altoist Ernie Henry, bassist Curly Russell, and drummer Kenny Clarke. The second Navarro session here includes classics like 'Webb City' and 'Fat Boy,' and features first-tier beboppers like trumpeter Kenny Dorham, altoist Sonny Stitt, pianist Bud Powell, and Clarke again on drums. As a sort of bonus, there are four additional tunes from this same session. Amazingly, though, Navarro is not on board, but the balance is quickly redressed with some high-quality originals and more incredible solo work by Dorham, Stitt, and Powell. A classic bebop session.“ (Stephen Cook, AMG)
Theodore Fats Navarro, trumpet
Kay Penton, vocals
Edward Sonny Stitt, alto saxophones
Ernest Henry, alto saxophones
Morris Lane, tenor saxophone
Allan Eager, tenor saxophone
Ed De Vertoil, baritone saxophone
McKinley Kinny Dorham, trumpet
Milt Jackson, vibraphone
Tadd Dameron, bass
Al Hall, bass
Dillon Curly Russel, bass
Kenny Klook Clarke, drums
Chano Bozo, bongos
Digitally remastered 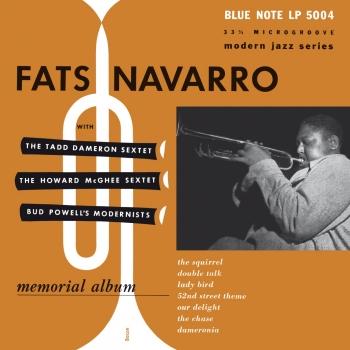 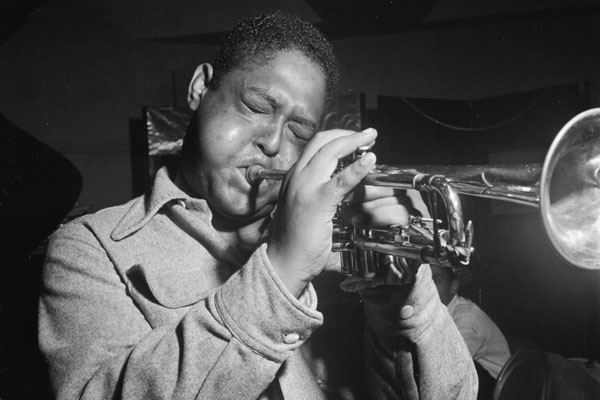 Fats Navarro
was born Theodore Navarro in Key West, Florida on September 24th, 1923. Little is known of his parents, though reference is made to the fact that his father was a barber and to his Cuban, African-American, and Chinese antecedents. As a child, Navarro had piano lessons, but then switched to trumpet and tenor saxophone. While still in high school in Key West he began to play professionally on the tenor saxophone, before switching definitively to trumpet. On his graduation in 1941, he joined Sol Allbright's band on the road, traveling north to Cincinnati, where he took some formal lessons on trumpet. Later that year he joined Snookum Russell's band in Indianapolis, with whom he traveled around the Midwest for almost two years. His main influences on trumpet until that time had been his third cousin Charlie Shavers and then, more significantly, Roy Eldridge, the harmonic link between Louis Armstrong and the beboppers of the 1940s.
Fats Navarro In late 1943 Navarro joined Andy Kirk's band, and the presence of Howard McGhee in the trumpet section brought a bebop influence to his playing. His first recordings were with Kirk, but they included no solos of note. In 1944, while the Kirk band was in New York, Navarro sat in at Minton's (sometimes referred to as "the bebop laboratory") and was noted by at least one critic (Leonard Feather) for his solo work with the band at the Apollo Theater. In January 1945 he replaced Dizzy Gillespie, who was by then a significant influence on him, in Billy Eckstine's band. At that time this was the most modern and influential big band, having had several notable members besides Gillespie, including Charlie Parker, Dexter Gordon, and Art Blakey.
In June 1946 Navarro left Eckstine, choosing to spend the remainder of his brief career in small groups (except for a brief stint with Lionel Hampton in 1948) primarily in the New York area. He acquired the nickname "Fats" or "Fat Girl" because of his weight, cherubic face, and high voice. Navarro married Rena Clark sometime in the late 1940s and had one daughter. He died in New York City, of tuberculosis complicated by heroin addiction.
A few recorded solos with the Eckstine band exist, but most of Navarro's work is in the small-band format favored by the beboppers; he made more than 100 recordings primarily as a sideman with groups led by Bud Powell, Charlie Parker, Tadd Dameron, Kenny Clarke, Coleman Hawkins, and Dexter Gordon, among others. A small number of these recordings are compositions by Navarro himself.
Navarro had a highly individual style, and was, along with Gillespie, one of the leading bebop trumpeters of the 1940s. He had a big, beautiful sound, quite different from Gillespie's, and though he had a wide range (concert Fs above high C appear regularly in his solos), he exploited the upper register less than Gillespie. Very long, clearly articulated phrases and a strong sense of swing characterize his style. In these respects and in his general fluency Navarro was a significant influence on, most importantly, Clifford Brown, among many others. According to Gillespie himself quoted in an obituary by George Simon in Metronome (Oct. 1950), Navarro was "the best all-around trumpeter of them all. He had everything a trumpeter should have: tone, ideas, execution, and reading ability." Source: Howard Brofsky