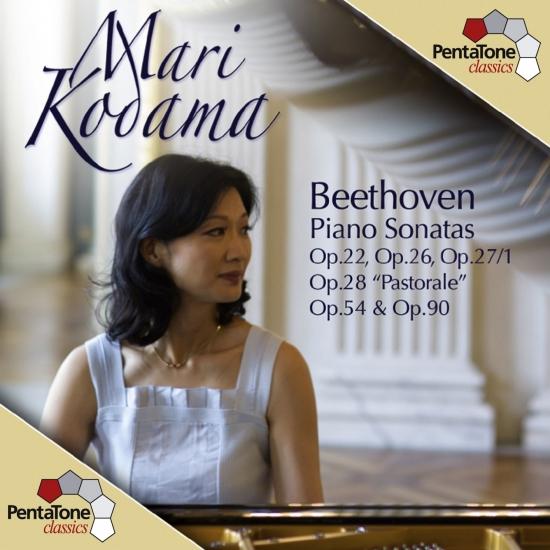 This double-album set is part of a leisurely complete cycle of Beethoven sonatas released by Japanese pianist Mari Kodama on the Dutch audiophile label PentaTone; the cycle was begun in 2003, and this group of sonatas was released in 2012, with more still to come.
It's an odd grouping; almost every Beethoven sonata release, and plenty of Beethoven releases in other genres, mixes the big thundering works with the quieter pastoral or humorous ones. Here, Kodama puts six sonatas that are essentially of the latter type together. That doesn't exactly play to the strengths of her style, which has been compared with Angela Hewitt's, but might more accurately be likened to that of Dame Myra Hess. Kodama is very precise, quite graceful, minimal in the spread of her dynamic range, but making up for that in her ability to pick out very fine shades of articulation. 'Polished in the best way' would be a possible description for her playing, but it is not without surprises. You just have to keep yourself alert for them. The strongest performance here is that of the curious 'Piano Sonata No. 22 in F major, Op. 54,' a piece shot through with quirky humor that Kodama stays absolutely on top of.
There are many nice details in the other pieces, but a double album of the extreme restraint of Kodama's playing may make you wish for a bit of pandemonium. On the other hand, it may not, and really nobody else has turned Beethoven into a set of glass globes quite like this unusual player, whose sound is admirably complemented by the engineering. Give it a good sampling and see what you think. (James Manheim, All Music Guide)
Mari Kodama, piano
Recording venue: Concertboerderij Valthermond, The Netherlands, 8/2012
Recording producer: Wilhelm Hellweg
Balance engineer: Jean-Marie Geijsen
Recording engineer: Jean-Marie Geijsen 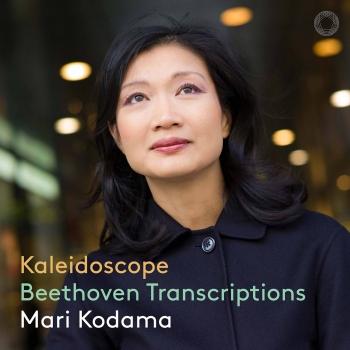 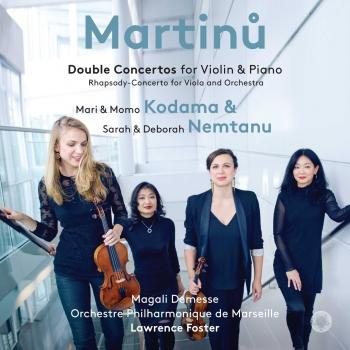 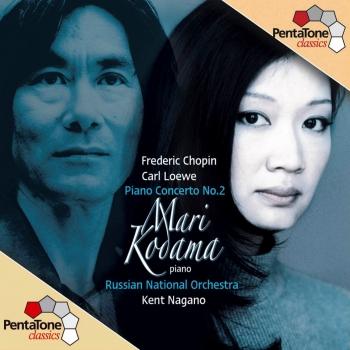 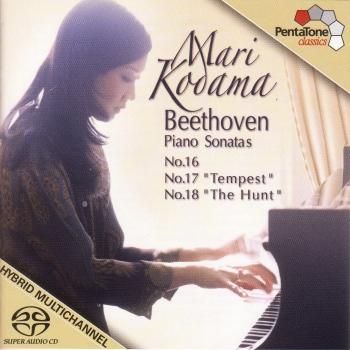 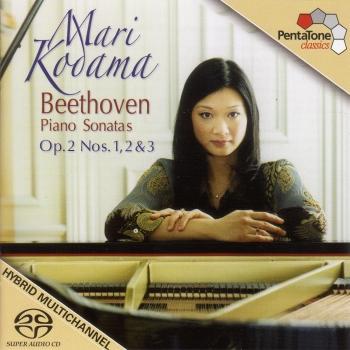 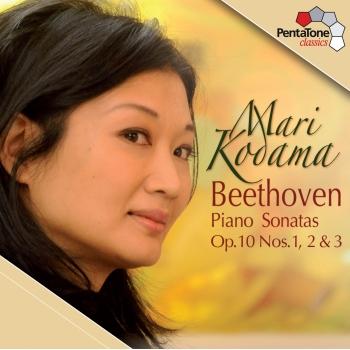 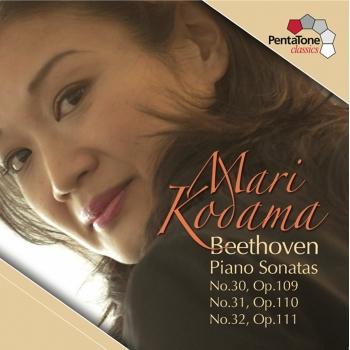 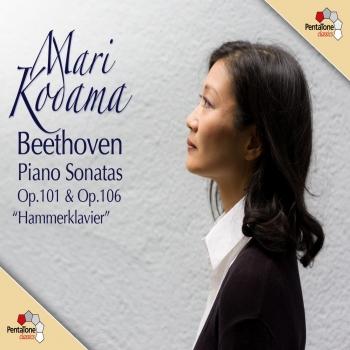 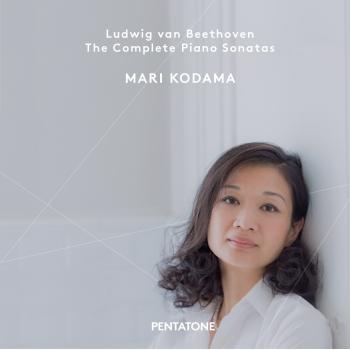 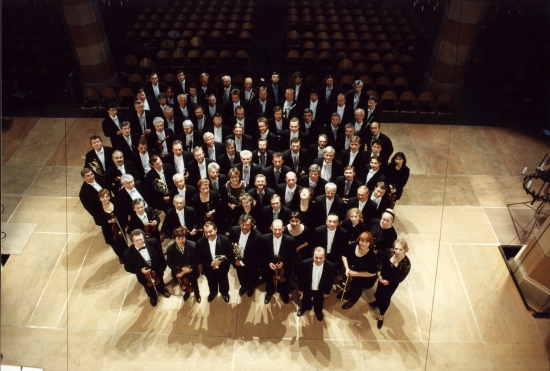 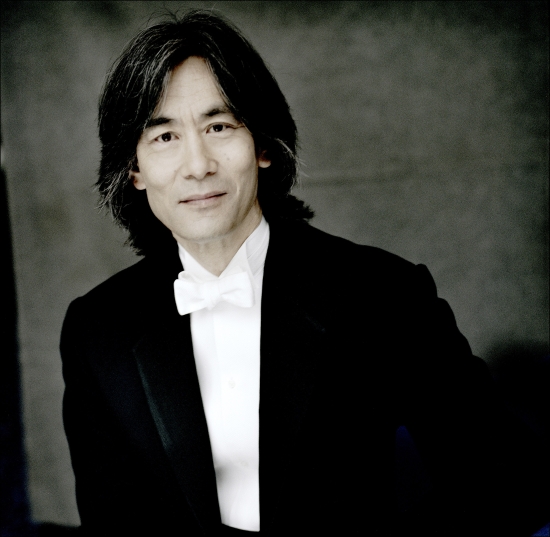 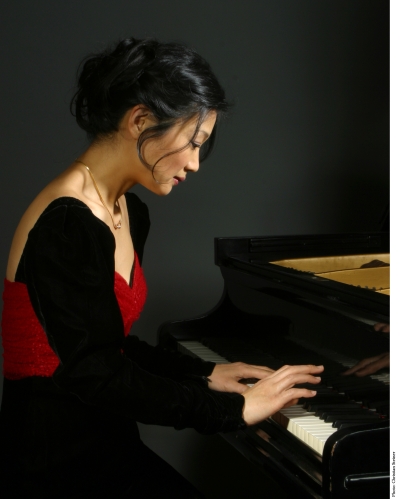