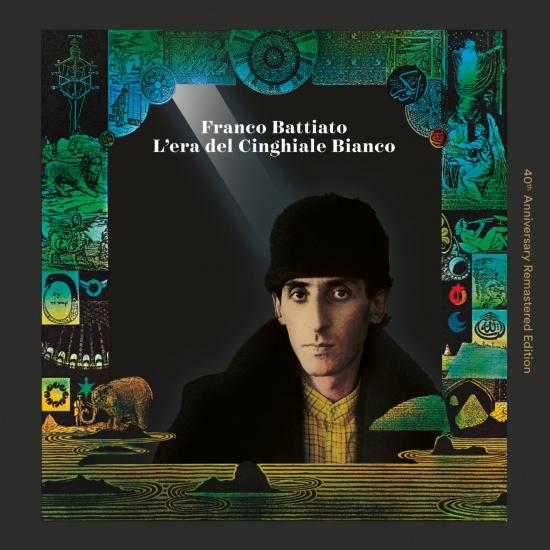 This album marks the return of Battiato to pop, after a period in which he substantially produced experimental music (1972–1978). The title song's theme, the "white boar", is inspired to an ancient Celtic myth.
Letterally "L'era del cinghiale bianco" mean "The age of wild white boar". This album come after "L'Egitto prima delle sabbie" (The Egypt before the sands) and mark the end of the experimental period, and introduce Battiato into the pop-rock period. The changing of Battiato's music is radical..the synthesizer, the classical and the etnic instruments are fused into an echo of oriental-modern sound. The CHANGING is the sign of this L.P. and its title ( the wild white boar ) hit the mark. In fact the wild white boar, in the esoteric language of celtic's tradition, is the simbol of the spiritual authority; while the Ursa Major is the cymbal of the temporal power. The temporal power whit a rebellion dispossessed the spiritual one, and the umanity now live the Kaly-Yuga, the lowest cycle of the universe. All the tracks are full of a spiritual and magical atmosphere, from the "Magic Shop", a brief history about the holy gadget selled by self-styled religious men, to "Luna indiana" ( Indian Moon ) and "Il Re del Mondo" ( the king of the world ) Battiato gift true pieces of art. Whit this album, born from a bet, Battiato start whit his most famous L.P: "Patriots", "La Voce del Padrone", "L'Arca di Noe'"...for me "L'era del cinghiale bianco" is a MUST for all Battiato fans or for all that want to taste the unic "mind" sound of this Artist.
Roberto Colombo, keyboards
Antonio Ballista, keyboards
Tullio De Piscopo, drums
Alberto Radius, guitars
Julius Farmer, bass
Giusto Pio, violin
Danilo Lorenzini, piano
Michele Fedrigotti, piano
Digitally remastered 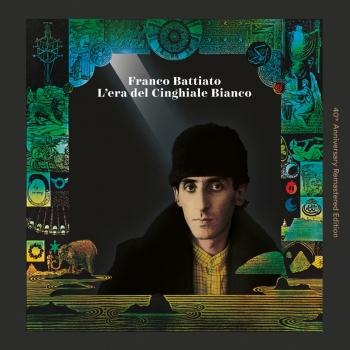