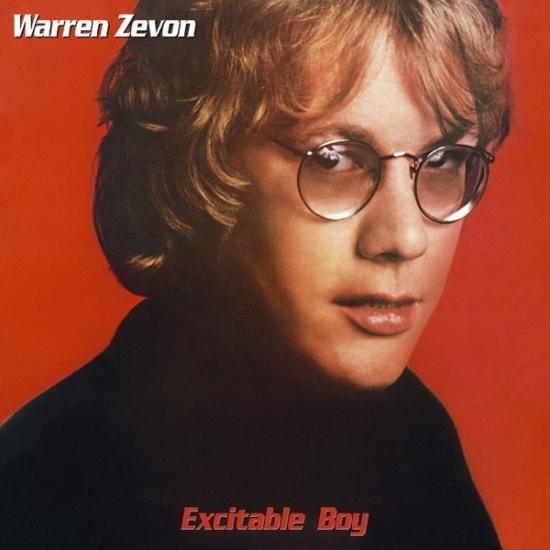 Warren Zevon came roaring out of the '70s touchy-feely California singer-songwriter gene pool with one hand on the piano and the other waving a pistol. While his more genteel peers were primarily concerned with taking it easy, Zevon crawled under the seedy side of L.A. and poured it into his ivories, taking in every ounce of decadence and excess. Although the weight the underworld would eventually all but break him, „Excitable Boy“ finds Zevon empowered by his surroundings.
The terrain is unsettling, bizarre and often soaked with blood. Stalking across the landscape are pina colada-sipping werewolves, headless mercenaries, and desperate gamblers. That the sound and overall musical mood of the record is upbeat underscores Zevon's ability to attach a winning melody to a gallow's tale. The home runs are the instantly memorable 'Werewolves of London,' the murderous glee of 'Excitable Boy,' and the affecting 'Accidentally Like a Martyr.' The inclusion of obvious filler cuts detract from the overall focus of the record but that is a small complaint. After all, it takes a special man to turn a tale of rape and murder into a cheery singalong.
„Warren Zevon's self-titled 1976 album announced he was one of the most striking talents to emerge from the Los Angeles soft rock singer/songwriter community, and Linda Ronstadt (a shrewd judge of talent if a sometimes questionable interpreter) recorded three of its songs on two of her biggest-selling albums, which doubtlessly earned Zevon bigger royalty checks than the album itself ever did. But if Warren Zevon was an impressive calling card, the follow-up, Excitable Boy, was an actual hit, scoring one major hit single, 'Werewolves of London,' and a trio of turntable hits ('Roland the Headless Thompson Gunner,' 'Lawyers, Guns and Money,' and the title track). But while Excitable Boy won Zevon the larger audience his music certainly deserved, the truth is it was a markedly inferior album; while it had all the bile of Warren Zevon, and significantly raised Zevon's dark-humor factor, it was often obvious where his previous album had been subtle, and while all 11 tracks on Warren Zevon were strong and compelling, two of the nine tunes on Excitable Boy -- 'Johnny Strike Up the Band' and 'Nighttime in the Switching Yard' -- sound like they're just taking up space. Musically, most of Excitable Boy is stuck in a polished but unexceptional FM pop groove, and only 'Veracruz' hints at the artful intelligence of Warren Zevon's finest moments. It's hard to say if Zevon was feeling uninspired or just dumbing himself down when he made Excitable Boy, but while it made him famous, it lacks the smarts and substance of his best work.“ (Mark Deming, AMG)
Warren Zevon, lead, harmony and backing vocals, piano, organ, synthesizer
Jorge Calderón, harmony and backing vocals, Spanish vocals on 'Veracruz'
Danny 'Kootch' Kortchmar, guitar, percussion
Russ Kunkel, drums
Additional musicians:
Karla Bonoff, harmony vocals on 'Accidentally Like a Martyr'
Jackson Browne, guitar, harmony and backing vocals
Luis Damian, jarana on 'Veracruz'
Kenny Edwards, bass on 'Veracruz', 'Tenderness on the Block' and 'Lawyers, Guns and Money'
John McVie, bass on 'Werewolves of London'
Mick Fleetwood, drums on 'Werewolves of London'
The Gentlemen Boys, backing and harmony vocals
Arthur Gerst, Mexican harp
Bob Glaub, bass on 'Roland the Headless Gunner', 'Excitable Boy', Nighttime in the Switching Yard'
Jim Horn, recorder on 'Veracruz'; saxophone on 'Excitable Boy'
Greg Ladanyi, bells on 'Nighttime in the Switching Yard'
Rick Marotta, drums on 'Veracruz' and 'Lawyers, Guns and Money'
Jeff Porcaro, drums and percussion on 'Nighttime in the Switching Yard'
Linda Ronstadt, backing and harmony vocals on 'Excitable Boy'
Leland Sklar, bass on 'Johnny Strikes Up The Band', 'Accidently Like a Martyr'
J.D. Souther, backing and harmony vocals
Manuel Vasquez, requinto on 'Veracruz'
Waddy Wachtel, guitar, synthesizer, harmony and backing vocals
Jennifer Warnes, harmony vocals on 'Excitable Boy'
Recorded 1977 at The Sound Factory, Los Angeles
Engineered by Dennis Kirk, Greg Ladanyi
Produced by Jackson Browne, Waddy Wachtel
Digitally remastered 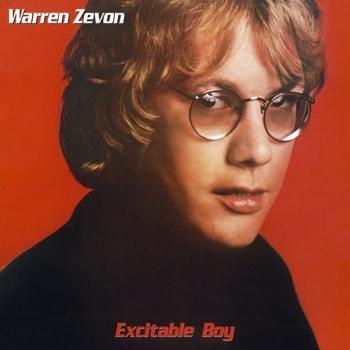