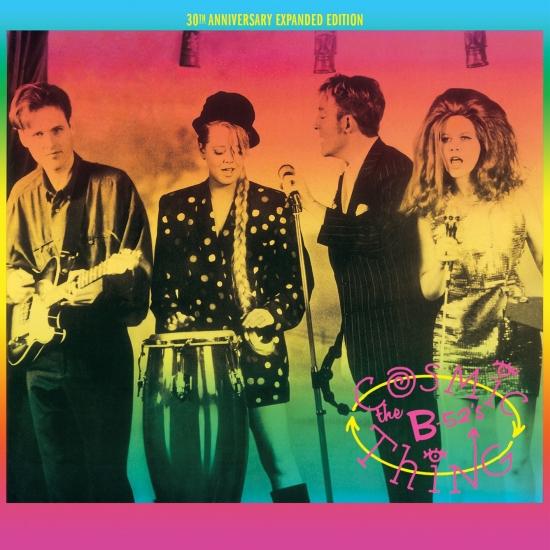 The B-52s are celebrating yet another anniversary this year – the 30 years since the release of their mega-album, “Cosmic Thing.”
Mention the phrase "Love Shack" and anyone you're talking to will immediately know to what you're referencing. Few songs stick in the brain with such lasting power, fond memories, and sing-a-long potential as the B-52's blissful 1989 smash, one of the many moments that make the band's Cosmic Thing such a timeless affair. The group's melodies were never sharper, its vibes never as carefree, and attitude as joyous as on this multi-platinum affair that stayed on the charts for more than a year.
This HighResAudio ReMaster dazzles with glorious textures, deeper low-end frequencies, more pronounced midrange information, and enhanced vocal dynamics absent from prior editions. Especially noticeable is the additional color and sense of rhythmic involvement in the already-persuasive pop-rock tunes, guaranteed to lighten any mood and ignite any celebration.
Urging listeners to "roam around the world" on one of the two Top 5 singles here, the B-52's follow their own instructions, constructing lively fare assembled from quirky riffs, bizarre albeit smooth harmonies, strident lead vocals, jagged tempos, and infectious choruses. At heart, Cosmic Thing is a dance-your-ass-off soiree. Leader Fred Schneider delights in kitsch, his deliveries combining goofy pronouncements and half-rapped words that speak the co-ed ensemble's long tradition of originality, flair, campiness, and irreverence.
Better still is the band's embrace of a shinier, funkier sound established by producers Don Was and Nile Rodgers. The production, exponentially improved on this reissue, complements the upbeat energy, well-crafted songwriting, and emotional exuberance demonstrated on everything ranging from the kick-starting "Bushfire" to rambunctious "Junebug" to wild, weird, and wonderful "Love Shack."
The B-52’s spent the last part of the ‘70s and the first half of the ‘80s as one of the coolest, goofiest groups around, forging a solid reputation as a fun-time party band through such singles as “Rock Lobster,” “Private Idaho,” and so on down the line, but with the death of founding member Ricky Wilson in 1985, their future was in serious doubt…although – as Kate Pierson told the Onion A.V. Club in 2011, “Nobody ever said, ‘Never again.’” As such, Pierson, Fred Schneider, Keith Strickland, and Cindy Wilson eventually regrouped with a very tentative plan to try writing some new material, not really focusing on anything other than seeing if they could even make it work.
“When we started getting together to write, we realized it was healing – incredibly healing – but it also conjured up the presence of Ricky,” said Pierson, in her A.V. Club interview. “And we started—I don’t want to call it nostalgia, because I don’t think we were maudlin or anything, but we started thinking about early times in Athens, like ‘Deadbeat Club,’ and things just started flowing. Keith, of course, had to take over all the guitar-playing and everything, so he went through a major transition. He’d always played guitar with Ricky and could play a lot of instruments, but to have the whole thing on his shoulders? I think it was a challenge, but one that he rose amazingly to and started just writing this amazing music. And when we jammed, things just started flowing out, because we had all this emotion and stuff that was locked inside, and it became this wonderful healing thing. We never intended to make ‘Love Shack’ this major party song. It just came out that way. Cosmic Thing just kind of came flowing out during the jam. We kind of had to put the pieces together, like a puzzle or a collage, but when we did, it just clicked.”
The B-52's
Produced by Nile Rodgers, Don Was
Digitally remastered 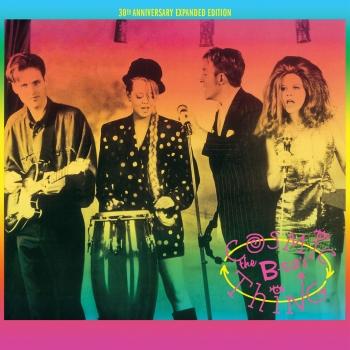 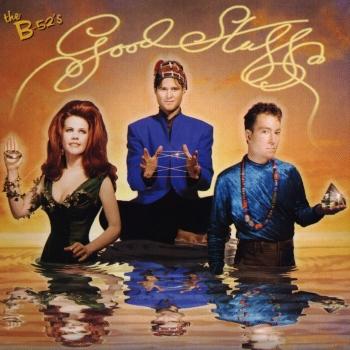 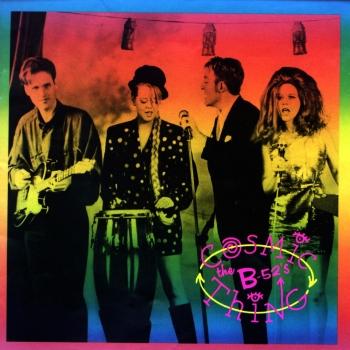 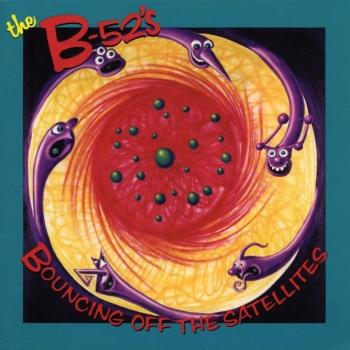 Bouncing Off The Satellites 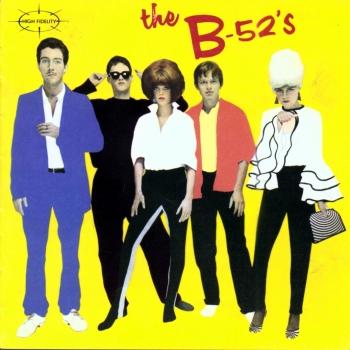 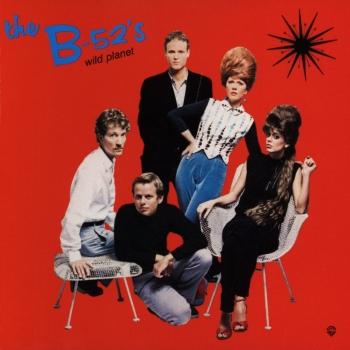 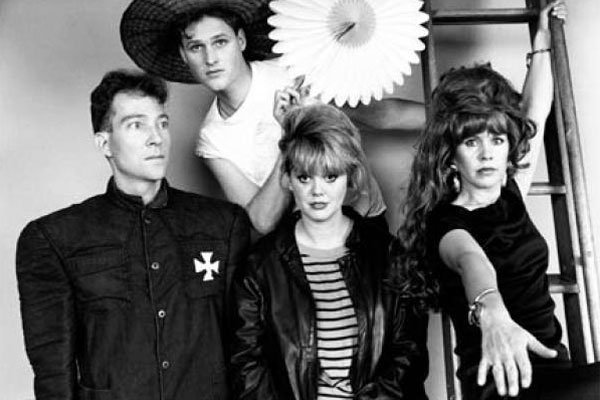