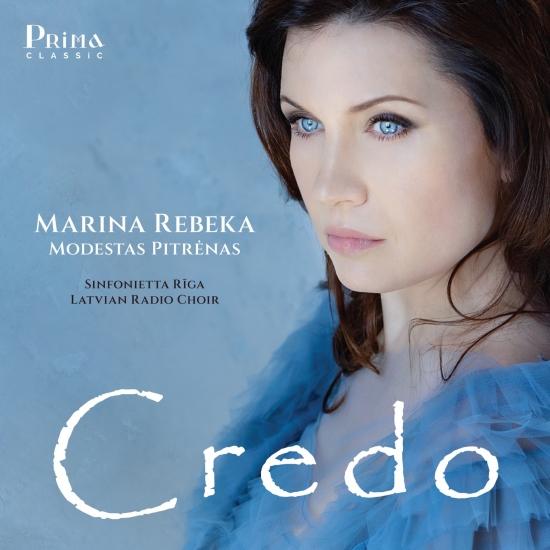 During times of need and tribulation humanity turns its eyes to the Holy, searching for comfort, reassurance, and strength. Marina Rebeka's new album, CREDO, is an uplifting selection of pieces written by some of the most extraordinary composers of our Western civilization. This timeless, heavenly music is particularly meaningful today.
From Bach and Mozart to Verdi and Mascagni, Handel and Purcell to Brahms and Schubert, but also Fauré, Gounod, and Saint-Saëns; Albinoni, Durante, Stradella, and Caccini (Vavilov).
Performed by the Grammy Award-winner Sinfonietta Riga along with the world-renowned Latvian Radio Choir, conducted with incredible subtlety by Maestro Modestas Pitrėnas.
Marina Rebeka, soprano
Modestas Pitrėnas, conductor
Sinfonietta Riga
Latvian Radio Choir 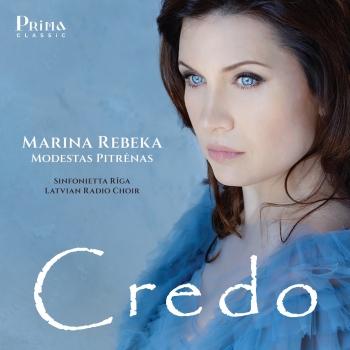 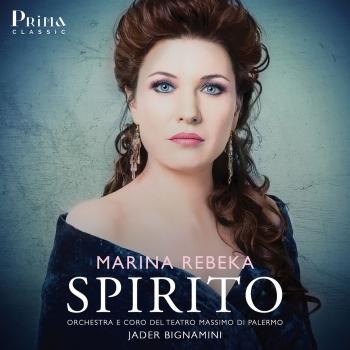 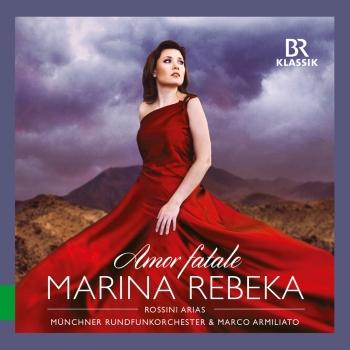 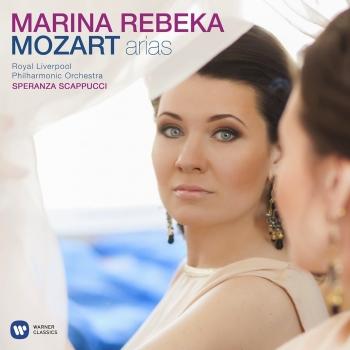 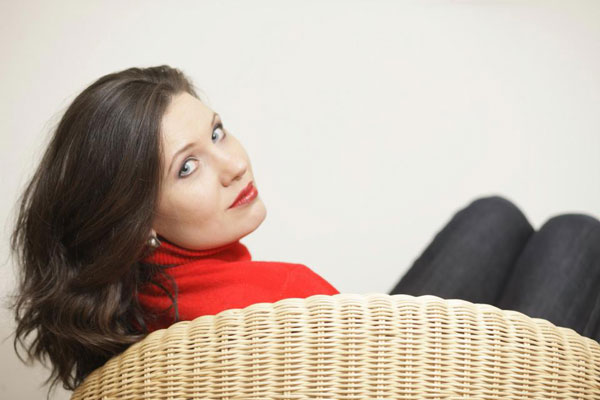 Marina Rebeka
Her debut at the Salzburg Festival in a new production of Rossini’s Moïse et Pharaon (Anaï), under the baton of Riccardo Muti, staged by Jürgen Flimm, in August 2009, has established Marina Rebeka as one among the most interesting singers of the new generation, on the international scene.
Her acclaimed debuts at Covent Garden as Violetta in La traviata (July 2010), and at Deutsche Oper Berlin as Donna Anna in Don Giovanni (October 2010) came after a rich 2009/10 season, during which she also performed Britten’s War Requiem with the Royal Scottish National Orchestra conducted by Stéphane Denève, and two productions of Carmen (Micaela): at the Festspielhaus in Baden-Baden, with Theodor Currentzis, and at the Palau de les Arts in Valencia, with Zubin Mehta.
In Fall 2011 she will make her much awaited debut at the Metropolitan in a new production of Don Giovanni (Donna Anna), under the baton of James Levine, staged by Michael Grandage. She will also perform as Donna Anna at the Opernhaus in Zürich, at the Wiener Staatsoper, at the Lyric Opera of Chicago, and she will be back at the Deutsche Oper Berlin, next time as Violetta in La traviata. Her future engagements include as well Moïse et Pharaon (Anaï), upon her Carnegie Hall debut, Guillaume Tell at the Nederlandse Opera in Amsterdam, La traviata at the Lyric Opera of Chicago and at the Metropolitan, Les Pécheurs de perles, Così fan tutte, L’elisir d’amore, La traviata and Lucia di Lammermoor at the Opernhaus in Zürich and Les contes d’Hoffmann at the Wiener Staatsoper. The role of Violetta in La traviata will also mark her debuts at the Maggio Musicale Fiorentino Festival and at the Bayerische Staatsoper in Munich. Her concert activity will include her debut with Orchestra Sinfonica dell’Accademia Nazionale di Santa Cecilia, in Roma, with a performance of the orchestral version of Rossini’s Petite Messe Solennelle, under Antonio Pappano, with the recording of a cd for EMI.
In 2013 she will be back to La Scala, to sing a Händel/Mozart concert program with the Orchestra Filarmonica della Scala, under Ottavio Dantone. After a recital at the Rossini Opera Festival 2011, her London recital debut will take place at St. John's Smith Square, in Spring 2012 as well as two recitals with the Latvian National Symphonic Orchestra and Latvian National Opera Orchestra. Among other conductors with whom she has worked and will work are Alberto Zedda, Yves Abel, Mikhail Jurowski, Kirill Karabits, Alessandro De Marchi, Roberto Abbado, Gustav Kuhn, Michele Mariotti, etc.
Celebrated as the revelation in the summer 2007 when she sang the roles of Contessa di Folleville and Madama Cortese in Il viaggio a Reims at the Rossini Opera Festival in Pesaro, she was immediately reinvited to Pesaro to sing the role of Anna in Maometto II in August 2008, where she had a remarkable success, imposing herself on the international scene. During season 2008/09 she made her Teatro alla Scala debut, singing Il viaggio a Reims (Contessa di Folleville), and her role-debut as Adina in L’elisir d’amore at the Latvian National Opera in Riga.
During the most recent seasons she performed as well La traviata at the Hamburgische Staatsoper, at the Volksoper in Wien, at the Latvian National Opera in Riga and at the Theater Erfurt, Maometto II during a Japan tour with the Rossini Opera Festival. She also made several important debuts: at the Komische Oper in Berlin in Teseo (Agilea) by Händel, and her Mozartian debut, as Elettra in Idomeneo at the Opéra National de Lorraine in Nancy. In Riga, with the Latvian National Symphony Orchestra, she has sung Ein Deutsches Requiem by Johannes Brahms. In Altenberg, Koeln and Liverpool she has sung War Requiem by Britten with the Royal Liverpool Philharmonic Orchestra.
Born in Riga (Latvia), Marina Rebeka began her musical studies at the “Ridze” Music School, and she graduated at the “Jazeps Medins” Music College, under the guidance of Natalia Kozlova. A winner of several vocal competitions, in June 2006 she graduated at the Accademia Internazionale delle Arti in Rome, and in June 2007 she graduated at the “Conservatorio di Santa Cecilia” in Rome. She also attended the “Internationale Sommerakademie Universität Mozarteum“ in Salzburg where she studied with Grace Bumbry, and the “Accademia Rossiniana” in Pesaro, under the guidance of Alberto Zedda. She was the winner of various vocal competitions, among which the renowned competition “Neue Stimmen” of the Bertelsmann Foundation in Gütersloh in October 2007.