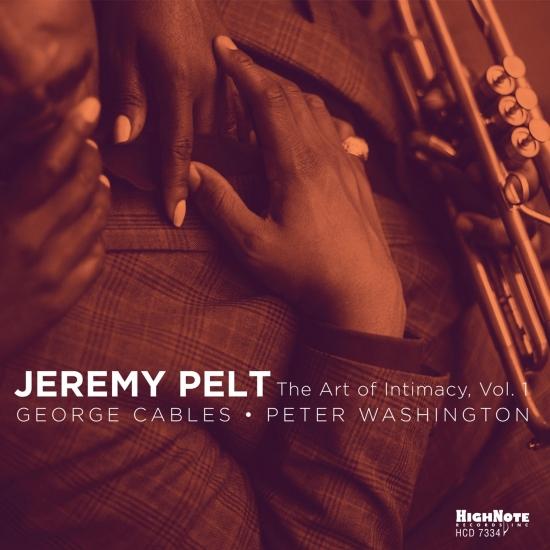 Jeremy Pelt's unquenchable curiosity has made him one of the most multi-faceted of jazz artists. Whether it be as a leader, a sideman, an accompanist or a composer, Pelt has investigated nearly every aspect and genre in jazz â€“ from electric to eclectic, from Be-Bop to Free-Bop. Here Pelt joins forces with the legendary George Cables on piano and Peter Washington laying down the bass lines. All but one tune on the setlist are slow numbers but this is not your father's ballad record. Each member of the trio is able to pour some old wine into new bottles, aware of and perhaps shaped by the past but operating very much in the moment. Together with Cables' lush voicings and solid tone and Washinton's always-inspired bass lines and solos, Pelt's new recording sets a high bar for all trio recordings that follow in the remainder of 2020.
Jeremy Pelt, trumpet
George Cables, piano (except track 8)
Peter Washington, bass (except tracks 6 & 9) 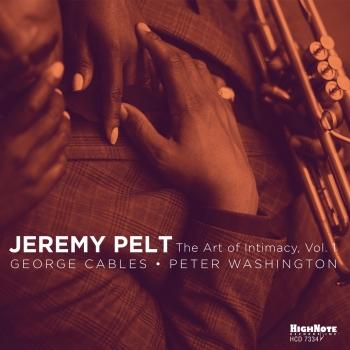 The Art of Intimacy, Vol. 1 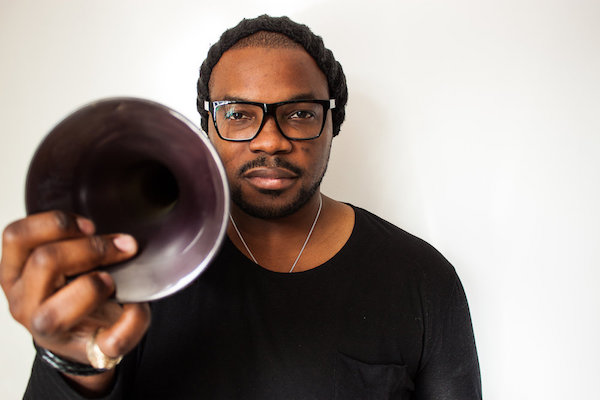 Jeremy Pelt
has become one of the preeminent young trumpeters within the world of jazz. Forging a bond with the Mingus Big Band very early on, as his career progressed, Pelt built upon these relationships and many others which eventually lead to collaborations with some of the genre's greatest masters. These projects include performances and recordings with Cliff Barbaro, Keter Betts, Pelt...maintains a consistent forward momentum.. while he transmits a modern-day sense of urgency with his songs. more » Bobby "Blue" Bland, Ravi Coltrane, Frank Foster, Winard Harper, Jimmy Heath, Vincent Herring, John Hicks, Charli Persip, Ralph Peterson, Lonnie Plaxico, Bobby Short, Cedar Walton, Frank Wess, Nancy Wilson and The Skatalites, to name a few.
Pelt frequently performs alongside such notable ensembles as the Roy Hargrove Big Band, The Village Vanguard Orchestra and the Duke Ellington Big Band, and is a member of the Lewis Nash Septet and The Cannonball Adderley Legacy Band featuring Louis Hayes. As a leader, Pelt has recorded ten albums and has toured globally with his various ensembles, appearing at many major jazz festivals and concert venues.
Pelt's recordings and performances have earned him critical acclaim, both nationally and internationally. He has been featured in the Wall Street Journal by legendary jazz writer and producer, Nat Hentoff, and was voted Rising Star on the trumpet, five years in a row by Downbeat Magazine and the Jazz Journalist Association. Pelt is currently touring throughout the United States and Europe in support of his latest release, "Make Noise!" (Highnote rec. 2017).