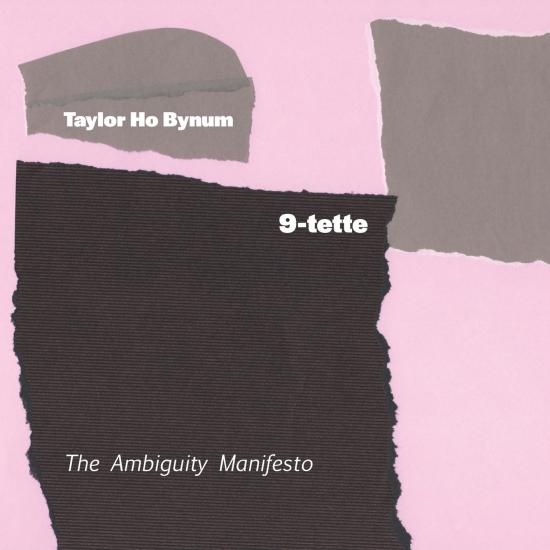 The Ambiguity Manifesto, the latest album from composer, cornetist and bandleader Taylor Ho Bynum. The music is designed to blur the lines between composition and improvisation, between individual and ensemble, between genres, timbres, and instrumentations; it celebrates the beauty and necessity of the unknown and the indefinable, the enigmatic and the subversive.
The work draws upon lessons learned in Bynum’s 20-plus years of experience with some of the innovators of 20th century creative music – Anthony Braxton, Cecil Taylor, and Bill Dixon – yet also uniquely reflects the current generation and current artistic moment. The band is stylistically multi-lingual, equally comfortable inside groove or abstraction, playing acoustically or with electronics, dealing with a complex rhythmic constructions or navigating graphic scores. They draw experience from different generations (with musicians in the group born in every decade from the 1940s to the 1980s) and different artistic communities (from New York, Boston, Chicago, and New Haven), yet come together with a strong sense of collective identity and purpose.
Bynum describes this release as the concluding chapter of an "accidental trilogy" starting with the four album set Navigation (2013) featuring his Sextet and 7-tette, and continuing with Enter the PlusTet (2017) which featured his 15-piece creative orchestra. "I feel like this completes a body of music I've been working on with a similar set of principles around composition and form and ensemble playing, building off of relationships within a strong core group of collaborators but mixing up the size and instrumentation of the group a little bit each time. The trust between the members of the band has allowed me to take some chances – in terms of structure and notation, and in the freedom I can give the musicians to explore the materials individually, or in smaller subsets, without me having to direct it. I love the fact that I'm regularly surprised within my own compositions, by what the musicians do with the materials I give them."
The 9-tette on this album sits somewhere between the bands heard on those previous recordings, a new group of old friends, light on its feet and rich in sonic possibility. The ensemble includes all the members of Bynum's Sextet – Jim Hobbs (alto saxophone), Bill Lowe (bass trombone and tuba), Mary Halvorson (electric guitar), Ken Filiano (acoustic bass), and Tomas Fujiwara (drums) – and adds close collaborators (and PlusTet members) Ingrid Laubrock (soprano and tenor saxophones) and Tomeka Reid (cello). The newest addition Stomu Takeishi rounds out the group on electric bass guitar. The instrumentation intentionally features a wealth of pairings/doubles/mirrors: high/low duos in the brass, reeds, electric and acoustic strings; four horns and four strings; four treble clef and four bass clef instruments. All of these groupings pivot around the rhythmic anchor of Fujiwara's drum-kit.
On the second half of the album, these compositions are deconstructed, refracted, mirrored, hybridized - opening up to allow the musicians free play within their frameworks. Bynum says "I often describe composing for improvisers like building a playground, with slides and swings and climbing structures, where you offer opportunities for play without defining how a kid is going to play on it. This time I feel like all the components are modular – so you can hang the swing from the monkey bars, or bury a see-saw inside the sandbox."
The ensemble will be celebrating the release at three concerts in the Northeast this summer and fall – the full 9-tette at the Jazz Gallery in NYC on August 16, and the pared-down Sextet in concerts in Boston (September 21) and at Firehouse 12 in New Haven (November 8). "I certainly hope to get some more performance opportunities with this amazing group of musicians, but as a composer I plan to take a break from writing for this kind of mid-sized formation, this will probably be the band’s last recording in the immediate future. I'm actually really satisfied with what we've done over the course of these albums, which is an unusual feeling as an artist! So right now I'm giving myself a different challenge, working on something ridiculously big - an oratorio for orchestra and big band, plus a couple of vocal soloists and small choir. But even in something that massive – I think all the work I do is going to be informed by the sounds and experiences I've had with this band."
Taylor Ho Bynum, cornet
Jim Hobbs, alto saxophone
Bill Lowe, bass trombone, tuba
Mary Halvorson, guitar
Ingrid Laubrock, tenor saxophone, soprano saxophone
Tomeka Reid, cello
Ken Filiano, bass
Stomu Takeishi, electric bass
Tomas Fujiwara, drums 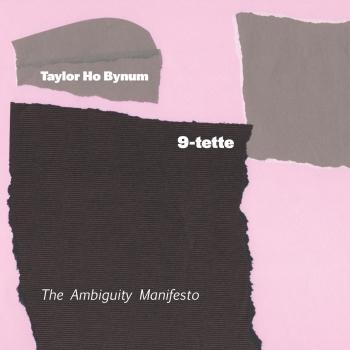 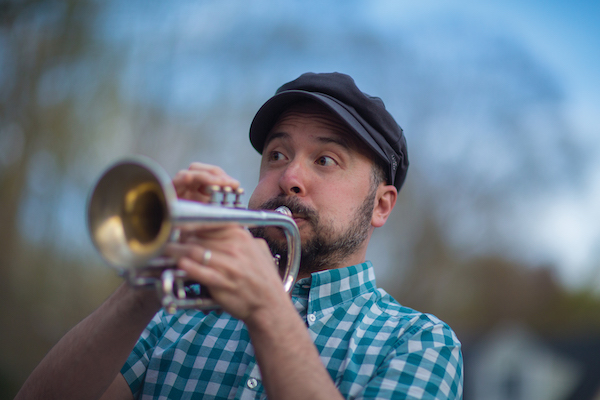 Taylor Ho Bynum
(b. 1975) has spent his career navigating the intersections between structure and improvisation – through musical composition, performance and interdisciplinary collaboration, and through production, organizing, teaching, writing and advocacy. Bynum’s expressionistic playing on cornet and his expansive vision as composer have garnered him critical attention on over twenty recordings as a bandleader and dozens more as a sideman. Recent releases on the Firehouse 12 Records label include the 4-album set “Navigation” (2013) with his Sextet and 7-tette, and “Enter the Plustet” (2016), the debut recording of his 15-piece creative orchestra. “The Ambiguity Manifesto”, featuring Bynum’s 9-tette, will be released in the late summer of 2019. He is also recognized for his “Acoustic Bicycle Tours”, where he travels to concerts solely by bike across thousands of miles.
Current collective projects include his long-running duo with drummer Tomas Fujiwara, Illegal Crowns (with Fujiwara, Mary Halvorson, and Benoit Delbecq) and Geometry (with Kyoko Kitamura, Tomeka Reid, and Joe Morris). Other well-documented projects have included Bynum’s SpiderMonkey Strings, Masters of Ceremony (an interdisciplinary dance/music quartet with Rachel Bernsen, Melanie Maar, and Abraham Gomez-Delgado), Positive Catastrophe (a 10-piece Latin free-jazz band co-led with Gomez-Delgado), and the collective ensembles the Thirteenth Assembly (Fujiwara, Halvorson, and Jessica Pavone), the Convergence Quartet (Alexander Hawkins, Dominic Lash, and Harris Eisenstadt), and Book of Three (John Hebert and Gerald Cleaver). Bynum’s two decades of work with Anthony Braxton is recognized as one of the most generative partnerships of that legendary composer’s career, with projects ranging from duos to orchestras and everything in between. During Bynum’s stewardship of the Tri-Centric Foundation (which he served as executive director from 2010-2018), he produced many major Braxton projects, including two massive Trillium operas, two immersive Sonic Genome performances, and multiple festivals. He has also worked closely with such departed masters as Bill Dixon and Cecil Taylor, with other recent sideman credits including Nels Cline, Ensemble Musikfabrik, Tomas Fujiwara, Jim Hobbs, Jason Kao Hwang, Ingrid Laubrock, Bill Lowe, Nicole Mitchell, Wadada Leo Smith, and Yo La Tengo.
In 2017, Bynum became the director of the jazz and creative music ensemble at Dartmouth College, where he also teaches composition and improvisation. He regularly travels to conduct explorations of new creative orchestra music, with works premiered by the Scottish BBC Symphony Orchestra and the Tri-Centric Orchestra, and has taught at universities and workshops worldwide. Bynum’s writing has been published in the New Yorker, Point of Departure and Sound American, and he has served as a panelist, board member and consultant for arts organizations and individual artists. He is the co-founder of the Firehouse 12 Records label, a former curator for the Festival of New Trumpet Music, and a board member for the New England Foundation for the Arts. His work has received support from Creative Capital, the Connecticut Office of the Arts, Chamber Music America, New Music USA, USArtists International, the Herb Alpert Foundation, and the Doris Duke Charitable Foundation.