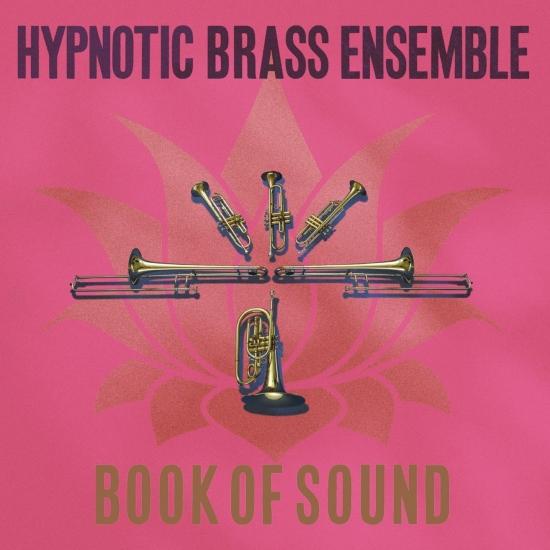 With its cathedral-like, richly resonant acoustics, the new Hypnotic Brass Ensemble album Book Of Sound is a brilliant expression of this interplanetary principle. The album is by turns urgent and contemplative, funky and reflective, varied in its textures; but entirely of one piece. Underpinned by concepts of earth's place in the cosmos, held in place by meditation, swirling with notions of history, science, theology, ancestry, there is a rich conceptual brew here. The album rings with what back in the 1950s the jazz critic Whitney Balliet called "the sound of surprise". Book Of Sound makes you believe again in the validity of "spiritual jazz". Talking to Cid, one of the Ensemble's two trombonists, one phrase recurs: "back to the beginning". "We wanted to go back to the beginning, when we were kids, real young, and our father would wake us up at 5AM to practice for two hours before breakfast." One outcome -- initially unplanned but subsequently embraced -- is that unlike their two previous albums on Honest Jon's, this is an album without a drummer. "When we started, as Wolf Pack, just brothers on the street with our horns, there wasn't a kit in sight." Book Of Sound retains plenty of rhythmic heft, but the absence of a drummer opens up space for a notably varied instrumental palette. Acoustic guitar, piccolo, synthesizer, alto sax -- all have their place on the album. Most striking perhaps are the vocal lines that thread through the album and give it a palpable warmth. Sessions were recorded in Brooklyn and Chicago, and brilliantly mixed at Abel Garibaldi's studio in the Loop, and it's the Hypnotic's hometown that permeates. For Cid this is a deeply Chicago record: "It's got the vibe of the lake, the vibe of the prairies opening up to the west." It also has the vibe of those Sun Ra Arkestra albums recorded in Chicago in the 1950s, and -- of course -- the Phil Cohran albums from the 1960s. It's Phil Cohran (the father of all seven members of the Ensemble and their first teacher, and not just in music) who is the album's guiding spirit. For Cid it's a major regret that, in the months before their father's death early in 2017, Phil was not well enough to play on the album. But Book Of Sound is a magnificent testament to their Cohran legacy.
Hypnotic Brass Ensemble 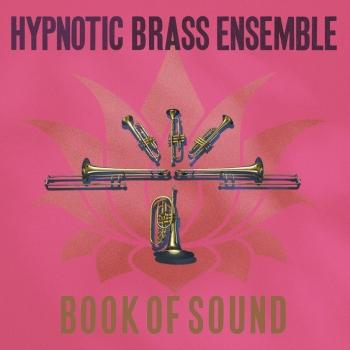 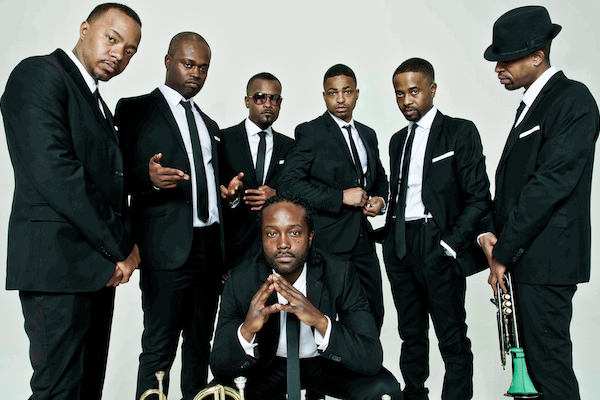 Hypnotic Brass Ensemble
Hypnotic (also known as HBE, or Hypnotic Brass Ensemble, or The Bros) is an eight-piece, Chicago-based brass ensemble consisting of eight sons of the jazz trumpeter Phil Cohran. With only horns and a drum set, "Hypnotic" has traveled the world. Their musical style ranges from hip-hop to jazz to funk and rock, including calypso and gypsie music. They call their eclectic blend of sound "now music", or "Hypnotic". Reared in the teachings of music since they were children, they grew up on the stage playing as the "Phil Cohran Youth Ensemble".
The brothers were raised in a house where music was a constant element of the household. Phil Cohran's "Circle of Sound" held rehearsals in the living room and put on live shows in the adjacent loft/theatre called the "Sun Ark". The brothers were obligated to wake at 6am and play their horns before and after school. As adolescents, they played around Chicago as the "Phil Cohran Youth Ensemble", performing for the likes of Harold Washington, Nelson Mandela, and other prominent figures of the day.
As the brothers grew into high school, many of them set their horns aside for a while. Enduring the deaths of close friends and family, including brother Anthony Neal, close friend Robert Lock (for whom they later wrote a song entitled "Flipside"), and Level Todd (for whom their song "Todd" was written), they decided to pick their horns back up. In 1999, the brothers took to the subways of Chicago and presented their music. Shortly after, they formed a full fledged, 8-piece brass ensemble and by 2004 recorded their first project "Flipside".
They have performed with Mos Def, Aquilla Sadalla, Phil Cohran, The Recipe, Nomadic Massive, Tony Allen, Wu Tang Clan, De La Soul, Prince, Femi Kuti, Gorillaz, B52's and at the North Sea Jazz Festival. They have recorded with names ranging from Erykah Badu to Ghostface Killah of the Wu Tang Clan to BK-One to Childish Gambino to Maxwell. They supported Blur for their Hyde Park reunion concerts on 2–3 July 2009. They are also collaborators on a number of tracks from the third Gorillaz studio album, Plastic Beach. Their hit song "War" was featured in the box office smash The Hunger Games as the theme song for Caesar Flickerman. They collaborated on tracks with the group Rocket Juice & the Moon, a project featuring Damon Albarn (Blur, Gorillaz) on vocals/guitar/keyboard, Flea (Red Hot Chili Peppers) on bass, and legendary Afrobeat drummer Tony Allen (Fela Kuti and many others) on the group's self-titled debut album.