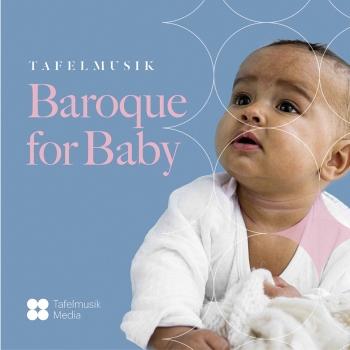 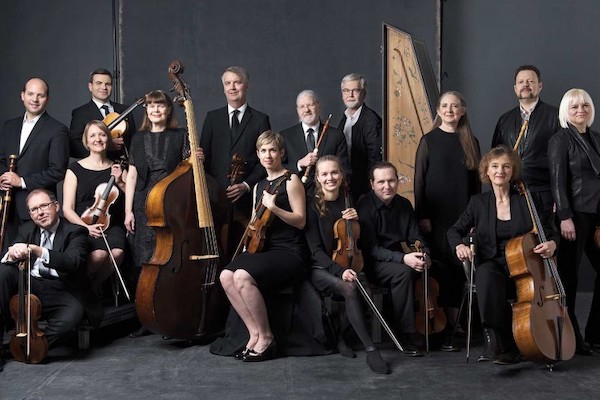 Tafelmusik Baroque Orchestra
Every now and then a group of musicians comes along and changes the way we think about music. Tafelmusik has done just that. Music for feasting. It is a name that, for almost four decades, has been synonymous worldwide with dynamic, engaging, and soulful performances.
Whether on tour or at home in Trinity-St-Paul’s Centre, an historic church in the Annex neighbourhood of Toronto, at its heart Tafelmusik Baroque Orchestra and Chamber Choir is a family of collaborative musicians. Steeped in the historical traditions of the baroque and classical eras, together they form one of the world’s leading period ensembles.
Tafelmusik is Canada’s most toured orchestra, having performed in over 350 cities in 32 countries, and its international reputation is without question. In January 2017 the orchestra announced the appointment of violinist Elisa Citterio, only the second Music Director in its history. With her stunning virtuoso performances and innovative approach to period performance, the future is indeed bright in Ms. Citterio’s hands.
Under the direction of Ivars Taurins, the Chamber Choir has become one of the most fêted in North America. The vitality of Tafelmusik’s vision clearly resonates with its loyal audiences at home in Toronto, where the ensemble performs some 80 concerts every year, a focal point of Toronto’s lively early music scene.
Rewind to 1979: visionary founders oboist Kenneth Solway and bassoonist Susan Graves began bringing together like-minded musicians to experiment with historically informed performance practice. Their exploration of baroque and classical repertoire quickly started winning audiences, and in 1981 they expanded to form the choir.
The year 1981 also marked the arrival of Music Director Jeanne Lamon. Directing from the violin and embracing an inclusive approach, Lamon’s infectious musicality set Tafelmusik on an upwards trajectory. What was the key to this success? Tafelmusik’s strong identity may be attributed to its core of seventeen permanent instrumentalists, a rarity in period orchestras. Under Jeanne Lamon’s leadership the orchestra and choir developed its trademark sound: transparent, yet rich and vital. The ensemble came to be recognized for its innovative and creative programming, blending familiar masterworks with rare gems. But above all, the reason audiences kept returning was to experience Tafelmusik’s unique brand of engagement. Attend a Tafelmusik concert and you feel individually involved: you have been given an invitation to become a member of the extended Tafelmusik family.
Today, Tafelmusik’s catalogue of award-winning recordings continues to demand the attention of the world stage. Over 85 recordings on the Sony, CBC Records, Analekta, and since 2012, Tafelmusik Media labels, have garnered nine JUNOs and numerous other recording prizes. Today you regularly see Tafelmusik as Record of the Month in BBC Music Magazine, Editor’s Choice in Gramophone Magazine, or Record of the Year in Absolute Sound Magazine.
Masters in transporting audiences to the worlds in which their instruments inhabited, the musicians of the Tafelmusik Baroque Orchestra and Chamber Choir are always seeking out new ways to remain vibrant and relevant to modern audiences. Whether in cross-cultural collaborations, on stage with Opera Atelier, with the annual tradition of Sing-Along Messiah with Herr Handel at the podium, or at a bar for the new Haus Musik series, theatricality has become a Tafelmusik trademark. Multimedia programs such as The Galileo Project: Music of the Spheres (which resulted in the naming of asteroid “197856 Tafelmusik” in 2012) conceived by bassist Alison Mackay, fuse narration, projected images, and music, and have received huge acclaim worldwide.
Tafelmusik is committed to sharing their knowledge and experience through their various artist training initiatives, chief among them the Tafelmusik Baroque Summer and Winter Institutes. Musicians come to Toronto from around the globe to attend these intensive and varied programs. In addition to delving into the study of historical performance, these young musicians also experience the special alchemy that sets Tafelmusik apart.
Online, on tour, or on Bloor Street, Tafelmusik continues to reinvent itself while remaining true to its roots. In the newly refurbished Jeanne Lamon Hall at Trinity St Paul’s Centre, crystal-clear performances of Bach, Handel, and Mozart are still as fresh as ever, and across the city at Koerner Hall, Toronto Centre for the Arts, or underground Haus Musik venues, Tafelmusik reaches out to a multiplicity of audiences. Four decades young, Tafelmusik continues to deliver a feast for the senses.