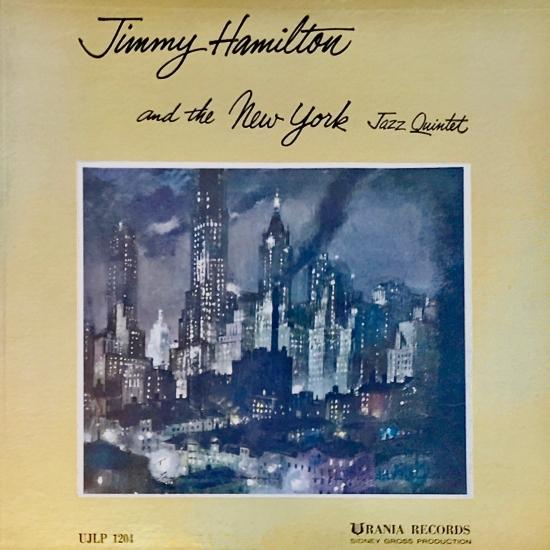 "Jimmy Hamilton may not have recorded very often as a leader while he worked with Duke Ellington for a quarter of a century, but his occasional records on his own are worth exploring. This Fresh Sound CD is a compilation of two Urania releases recorded in 1954, including the complete contents of Accent on Clarinet and four songs from Clarinet in High Fi. Hamilton sticks exclusively to clarinet throughout both sessions. On the first, a piano-less date with fellow Ellington veterans Clark Terry and Oscar Pettiford, as well as Osie Johnson, Barry Galbraith, and rhythm guitarist Sidney Gross, the music is drawn from the Ellington songbook, in addition to standards and originals by the participants. Hamilton lets his hair down with a lively extended solo in "I Get a Kick Out of You."
Pettiford's well-known "Bohemia After Dark" is more of a group effort with Terry mostly laying out of the ensemble passages but adding a fat-toned solo following the leader, though Galbraith's solo is also memorable. Terry's perky bop number "Chuckles" and Hamilton's sauntering "Blues for Clarinet" are also first rate. Gross is the only holdover for three of the songs from Clarinet in High Fi, which adds pianist Kenny Kersey, plus Ellington veterans Jimmy Woode on bass and drummer Sam Woodyard.
In addition to Gross' lively "Blues for a Princess," two standards are heard, all of which focus extensively on Hamilton. "Tea for Two" goes back to the first lineup, but with pianist Earl Knight taking the place of Terry and Galbraith. The liner notes could have been edited more carefully, as Gross refers to a pair of Hamilton originals that were omitted from this compilation." (Ken Dryden, All Music Guide)
Jimmy Hamilton, clarinet
Barry Galbraith, guitar
Sidney Gross, rhythm guitar
Clark Terry, trumpet
Oscar Pettiford, double bass
Osie Johnson, drums
Digitally remastered 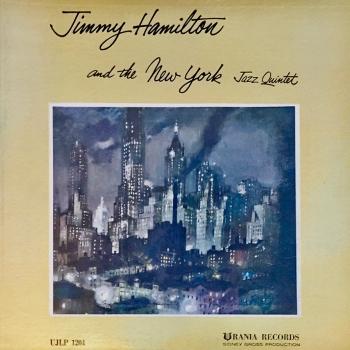 Jimmy Hamilton
(May 25, 1917 – September 20, 1994) was an American jazz clarinetist, tenor saxophonist, arranger, composer, and music educator, best known for his twenty-five years with Duke Ellington.
Hamilton was born in Dillon, South Carolina, and grew up in Philadelphia. Having originally learned to play piano and brass instruments, in the 1930s he started playing the latter in local bands, before switching to clarinet and saxophone. In 1939 he played with Lucky Millinder, Jimmy Mundy, and Bill Doggett, going on to join the Teddy Wilson sextet in 1940. After two years with Wilson, he played with Eddie Heywood and Yank Porter.
In 1943, he replaced Barney Bigard in the Duke Ellington orchestra, and stayed with Ellington until 1968. His style was very different on his two instruments: on tenor saxophone he had an R&B sound, while on clarinet he was much more precise and technical. He wrote some of his own material in his time with Ellington.
After he left the Ellington orchestra, Hamilton played and arranged on a freelance basis, before spending the 1970s and 1980s in the Virgin Islands teaching music. On his retirement from teaching he continued to perform with his own groups in 1989 and 1990. Hamilton died September 20, 1994 in St. Croix, Virgin Islands, at the age of 77.