The Latin Side of Horace Silver Conrad Herwig 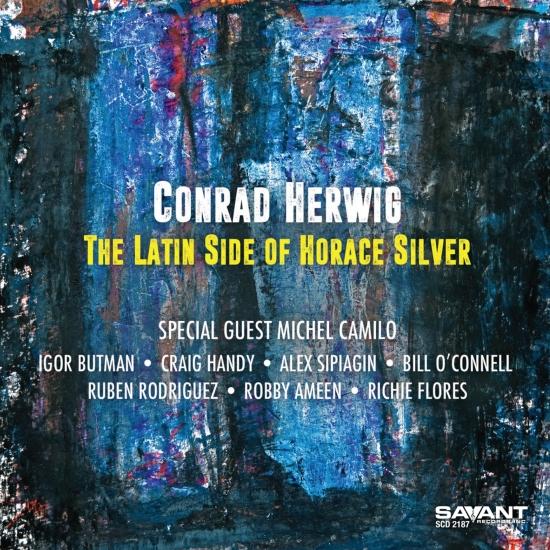 Info zu The Latin Side of Horace Silver

In 1996 trombonist Conrad Herwig unveiled the first installment in the popular "Latin Side of" series with the Grammy-nominated The Latin Side of John Coltrane. Since that time other volumes have followed with the current release, The Latin Side of Horace Silver being the latest addition to the franchise. Herwig has assembled an all-star band of his favorite colleagues including tenor sax great Igor Butman along with special guest, the Grammy-winning Dominican pianist, Michel Camilo. "The great thing about jazz is that nothing is so sacred that it can't be recomposed and reinvented and rediscovered," said Herwig, who goes on to prove it by refracting the music of the legendary Horace Silver through his own love of Afro-Cuban and Afro-Caribbean rhythms.
The exuberant piano of Michel Camilo weaves in and out of this classic tune displaying his full virtuosic abilities of lightning-fast runs, jackhammer chords and wildly ambidextrous poly-rhythms. While the Dominican pianist’s musical personality is omnipresent, Igor Butman takes a tenor turn notable for an exuberance of his own in the form of a few deftly placed “cackle-attacks.” Next the leader is in the spotlight taking an imaginative solo with impressive machine gun-like repeated notes punctuated by some treacherous leaps cutting in like hatchet blows. Finally, before the band enters to take the tune out, conga player Richie Flores delivers a jaw-dropping solo over a modal vamp in the piano and bass.
Conrad Herwig, trombone
Igor Butman, tenor saxophone
Craig Handy, alto saxophone, flute
Alex Sipiagin, trumpet, flugelhorn
Bill O'Connell, piano
Ruben Rodriguez, bass
Robby Ameen, drums
Richie Flores, congas
Special Guest:
Michel Camilo, piano 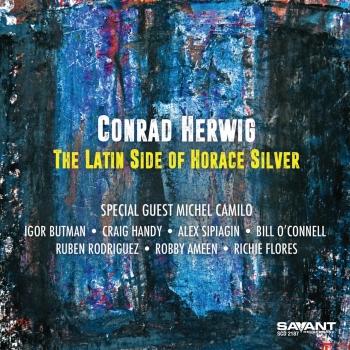 The Latin Side of Horace Silver 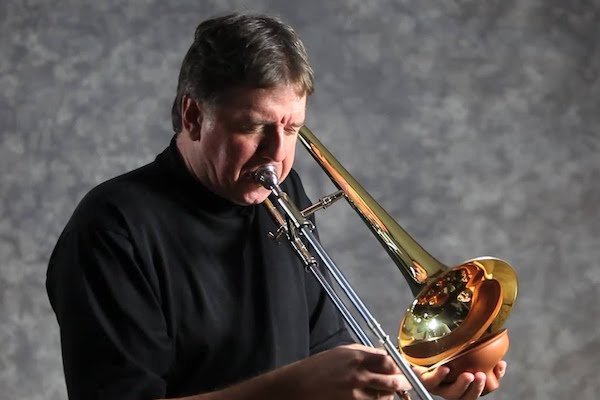 Conrad Herwig
is one of New York’s more prominent progressive/mainstream trombonists. He has recorded and/or performed with a number of famous leaders, including but not limited to Joe Henderson, Jack DeJohnette, and Paquito D’Rivera. Herwig is an alumni of the famous University of North Texas jazz program, an experience that obviously prepared him well as a big-band player. He began his professional career in the early ’80s with Clark Terry’s big band; stints with Buddy Rich, Toshiko Akiyoshi, Mel Lewis, and others were to follow. Herwig became an increasingly in-demand sideman in the ’90s. He is an accomplished pedagogue, having taught clinics and workshops around the world. Herwig is on the faculty at Rutgers University, Mason Gross School of the Arts.
His seventh album as a leader, The Latin Side of John Coltrane, emphasizes an affinity for South American idioms. Heart of Darkness (inspired by the short stories of Joseph Conrad) followed in 1998 on Criss Cross, and a year later Herwig resurfaced with Osteology. The 21st century found Herwig bursting with energy and new projects. He finally issued E o Trio de Barnardo Sassetti in April of 2000 (though it was recorded in 1993). He then released Unseen Universe, a new session, on Criss Cross in the fall and still found time to record with Andy LaVerne; that album was issued in 2002 as Shades of Light on Steeplechase. Land of Shadow was issued on Criss Cross in 2003; the band on the date included David Kikoski, Tim Hagans, Ben Schachter, James Genus, and Jeff “Tain” Watts. In 2004 Herwig released Another Kind of Blue on Half Note. It was recorded live in 2003 at the famed Blue Note club, where he and a nonet that included Paquito D’Rivera performed Miles Davis’ Kind of Blue in its entirety. The same year, his second Latin-infused Coltrane tribute, Que Viva Coltrane, was issued on Criss Cross. Obligation was released by the same label in 2005.
In 2006, Half Note released the other half of Herwig’s 2003 Davis tribute as Sketches of Spain y Mas; the program consisted solely of the late trumpeter’s compositions. A quintet studio date entitled A Jones for Bones Tones was issued by Criss Cross in 2007. In 2008, Herwig recorded another live date, and released it as The Latin Side of Wayne Shorter, with the trombonist and arranger fronting a septet for Half Note. Pianist Eddie Palmieri guested on three of the set’s nine cuts. Another installment in this series appeared in 2010 as The Latin Side of Herbie Hancock, with guests Palmieri and Randy Brecker. ~ Chris Kelsey & Thom Jurek

Booklet für The Latin Side of Horace Silver