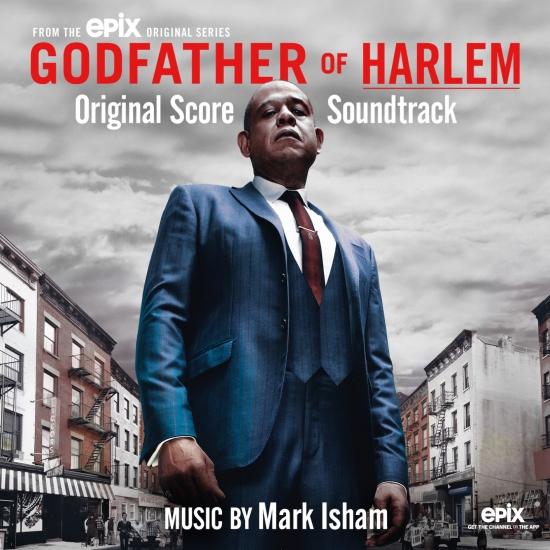 Flashback: It's 1963. It's Harlem, New York. Gangster Bumpy Johnson, freshly released from Alcatraz, has just made a handshake alliance with activist Malcolm X: they're going to use X's manpower and Johnson's guns to clean up a drug-infested part of the hood.
It's a scene straight out of Epix's new drama series Godfather Of Harlem, and while it might surprise a few viewers, what comes next is even more startling: the soundtrack kicks in. Dave East and A$AP Ferg kick it with a beat straight outta the future, with "Business is Business," a track that unspools with slick modern production and street-smart, trap-influenced rap vocals that are perfectly in sync with 2019—and yet, also 1963. It's a neat musical trick that joins the past with the present, aligning history with an emotional undercurrent that resonates in the new millennium. 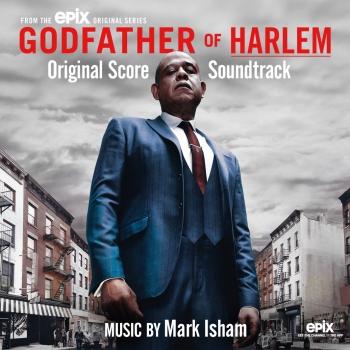 Mark Isham
is an electronic music innovator, jazz artist and prolific film composer. He traverses the musical landscape with unique performances and imaginative scores. As a musician, his trumpet sound is described as cool, avant-garde, sexy, haunting – even achingly beautiful. He has performed worldwide, and collaborated with celebrated artists in multiple genres. Mark Isham’s ability to create unforgettable melodies combined with his willingness to experiment with innovative musical palettes have earned him accolades including: Grammy and Emmy awards, and Oscar and Golden Globe nominations.
Mark Isham’s collaborators include many of the most respected names in film and music – Robert Redford, Tom Cruise, Brian De Palma, Frank Darabont, John Ridley, Jodi Foster, Robert Altman, Sting, Wil.I.Am, Sydney Lumet, and Mick Jagger. Mark Isham’s signature sound is heard on albums of music icons including Bruce Springsteen, Willie Nelson, Lyle Lovett, Ziggy Marley, Joni Mitchell, The Rolling Stones, Chris Isaak, and Van Morrison.
Isham’s inimitable musical voice is evident in his memorable scores for award-winning features including the Oscar-winning Crash and A River Runs Through It, along with Golden Globe winning Bobby, and The Black Dahlia. For The Black Dahlia, Isham was awarded “Best Score” by the International Film Music Critics Association.
Originally from New York City, Mark Isham was exposed to all types of music through his parents who were musicians. The young Isham studied piano and violin, but the trumpet captured his imagination and became his signature instrument. The Ishams moved from NYC to San Francisco, and by the age 15 Mark Isham was playing in jazz clubs, simultaneously performing with Oakland and San Francisco symphonies. He ultimately formed his own band Group 87.