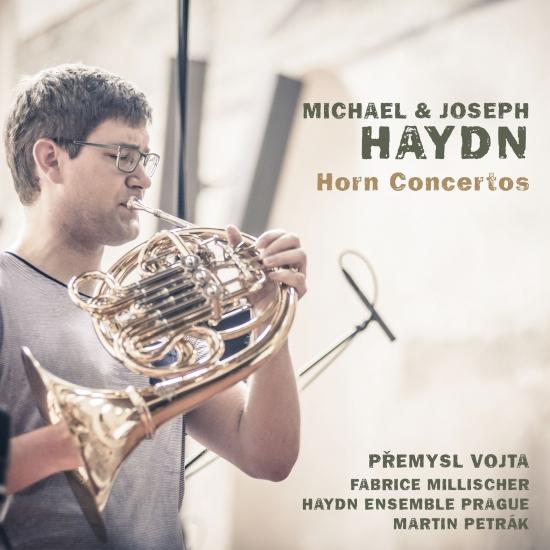 Horn Concertos by Michael & Joseph Haydn: It is difficult to ascertain how many horn concertos Joseph Haydn and his younger brother Michael actually wrote. Certain works are lost; others are erroneously ascribed, or their authenticity is at least doubtful. One of the concertos has even been ascribed by different musicologists to Joseph and to Michael Haydn, but it may have been written by another person entirely.
The two brothers wrote most of their concertos for the widest variety of solo instruments, but usually in the same type of situation: i.e. once they had assumed important posts at the head of renowned court orchestras. Joseph Haydn became Kapellmeister for the Ezterházy princes in 1761, and Michael became concertmaster of the Salzburg archdiocese court orchestra in 1763. The court musicians in both orchestras were virtuosos in their own right, and one of the tasks of a Kapellmeister consisted in composing new works that permitted them to display their outstanding abilities in the presence of their sovereigns.
Přemysl Vojta, horn
Fabrice Millischer, trombone
Haydn Ensemble Prague
Martin Petrák, conductor 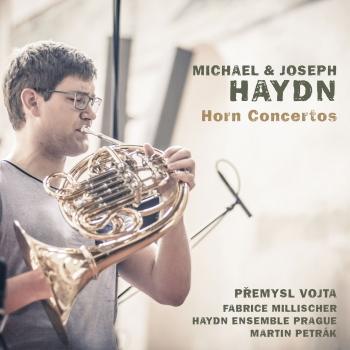 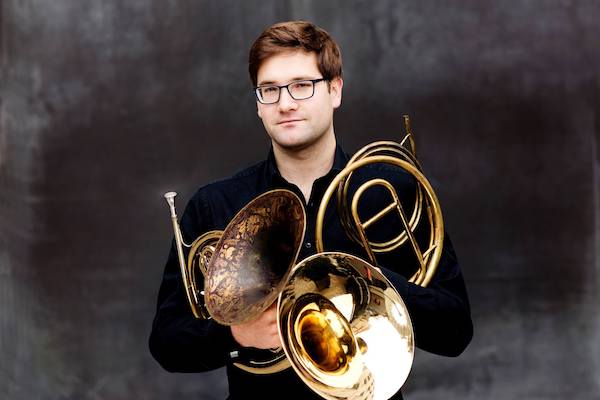 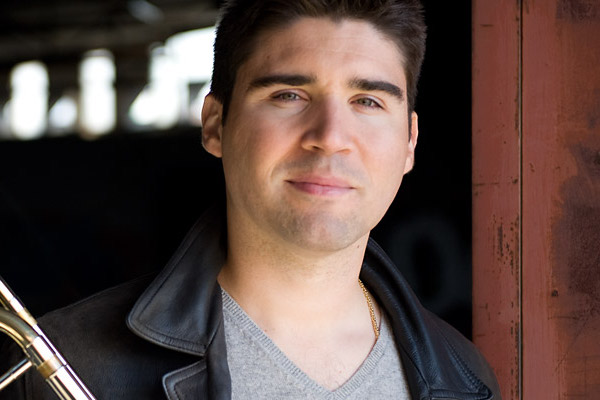 Přemysl Vojta
born in 1983 in Brno (Czech Republic), began playing the horn at the age of ten, under the mentorship of Olga Voldánová. After studying at the Prague Conservatory from 1998 until 2004 with Bedřich Tylšar he moved to Germany, where he was a student of Christian-Friederich Dallmann at the Universität der Künste Berlin from 2004-2010. Premysl Vojta was an academist of the Dresden Staatskapelle in 2008.
A prize winner of various International competitions, Přemysl Vojta was awarded first prize in the 2010 International ARD competition. He also received the audience prize and the prize for the best performance of a new work and the special award from the New Philharmonie Westfalen. In 2011, after his successful debut at the Beethoven Festival Bonn, he received the prestigious Beethoven Ring Award.
Current engagements include performances as a soloist with the Academy of St Martin´s in the Fields, the Bavarian Radio Symphony Orchestra, the Stuttgart Radio Orchestra, the Berlin Konzerthaus Orchestra, the Wiesbaden State Theatre Orchestra, and the Prague Philharmonic. He has performed in recitals and solo concerts in prestigious European festivals including the Bonn Beethoven Festival, the Prague Spring, the Festival „Mitte Europa“ and the Mount Olympus Festival in St. Petersburg.
He has taken masterclasses with various horn professors, including André Cazalet, Michael Höltzel, Peter Damm and Zdeněk Tylšar. He has also been awarded by the "Villa Musica" Foundation and thePaul Hindemith Gesellschaft Berlin.
As a student Přemysl Vojta was a Member of the Gustav Mahler Youth Orchestra and the European Union Youth orchestra as well as performing with the Prague Philharmonia. He held the position of Principal Horn with the Staatskapelle Berlin and Konzerthausorchestra Berlin. Since December 2015 is he principal hornist at WDR Symphonic Orchestra Cologne.
Fabrice Millischer
Upon winning first prize in the ARD International Music Competition, Fabrice Millischer is recognised as one of the most gifted contemporary trombone players in Europe. The 28-year-old is to date the first and only winner of this challenging competition in the category of trombone. He is well known not only among professional musicians, but also among those fond of classical music in general.
Millischer started his musical education at the Conservatoire of Toulouse. Exposed to music since childhood, his love for music started with the piano, turned to the cello and ultimately to the trombone. He studied both instruments at the Conservatory of Toulouse and obtained highest marks on his graduation exams. Yet undecided between cello and trombone, he entered the CNSMD of Lyon where he took master classes on the trombone with Michel Becquet and Alain Manfrin and on the sackbut with Daniel Lassalle. At the same time, he continued his education on the cello at the CNSMD of Paris, taught by Philippe Muller, Roland Pidoux and Xavier Philips.
In 2006 Millischer formed the quartet called “Quartbone” with Aurélien Honoré, Jean-Philippe Navrez and Fabien Dornic. The “Quartbone” devoted its work to the topic of the development of the trombone from the Baroque period until the present.
Fabrice Millischer is frequently on tour with such famous Baroque groups as “Le Concert de Nations” under the direction of Jordi Savall, “Sasqueboutiers” conducted by Daniel Lassalle and Jean-Pierre Canihac, and “Insula Orchestra” by Laurence Equilbey.
A soloist in frequent demand, he has been invited to play with the Vienna Chamber Orchestra, the Stuttgart Radio Symphony Orchestra, the State Hermitage Orchestra in St. Petersburg, the National Orchestra of the Capitol in Toulouse, the Symphony Orchestra in Cannes and the Ukrainian National Orchestra. On his tours Millischer has visited Washington, Beijing, Tokio, Seoul, Munich, Geneva and Paris (to name a few) and has participated in festivals devoted to brass instruments (e.g. the Eastern Trombone Workshop, the Epsival, the Cuivres en Dombes, the Limoux Cuivrée Spéciale).
Since 2008 Fabrice Millischer has been solo trombonist with the German Radio Philharmonic Orchestra Saarbrücken/Kaiserslautern.
Taking a great interest in the music of our time, he has contributed to the creation of a number of works for the trombone. Many contemporary musical pieces have been composed and dedicated to Fabrice Millischer: “Trombone Concerto for Trombone and Brass Ensemble” by Jean Guillou, “Trombone Concerto for Trombone and Orchestra” by Patrick Burgan (referred to as “La chute de Lucifer”), “Libretto” by Etienne Perruchon and “L’appel sauvage” by Alain Celo.
Besides winning the first prize in the ARD International Music Competition in Munich, he has also been laureate in other international competitions for the trombone: Budapest (2005) and the competition of Sacqueboute in Toulouse (2006). Since 2009 he has been an active participant in the“Déclic” Programme of the AFAA (Association française d’action artistique) which promotes young talents. Also in 2009 he was awarded the Silver Medal of the Academy of Arts and Letters.
In 2011 Millischer became the first trombonist to be awarded the first prize in the category “Revelation Instrumental Soloist” by the “Victoires de la Musique Classique.” In the same year, he was recognized by the prestigious Académie Charles-Cros (Charles Cros Academy) with its grand prize.
Despite his young age, Fabrice Millischer is a highly sought Professor of Trombone. In 2008 he taught at the Conservatoire Paul Dukas in Paris and in 2009 he became Professor of Trombone at the Hochschule für Music Saar (Saarland College of Music). This made him the youngest professor for trombone in Germany. Moreover, he is regularly invited to give master classes in France and Europe as well as in other parts of the world: in Washington, Beijing, Quebec.
Fabrice Millischer is currently Professor of Trombone at the Hochschule für Musik Freiburg (Freiburg Conservatory of Music) and at the “Conservatoire National Supérieur de Musique et de Danse” of Paris.
Fabrice Millischer is presently working with Antoine Courtois Paris and plays the Legend 420 NSBHST.