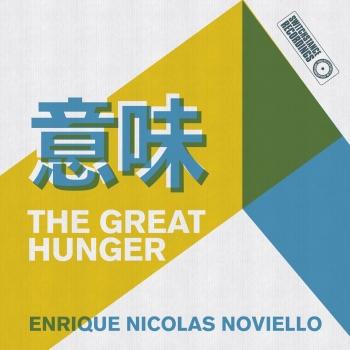 Enrique Nicolas Noviello
is an Argentinian composer, producer and saxophone maestro from the avant-garde tango band El Juntacadavares, who’s been sharpening his teeth on the underground gipsy jazz scene of Antwerp since 2001.
Exquisite live studio production conveys the full range and beauty of Enrique´s music and the instruments he plays. The arrangement is tight and masterful, belying Noviello’s lack of formal music education. Sometimes haunting, sometimes edgy, often romantic and always virtuoso, this is an electronically-infused, highly-eclectic jazz soundtrack to a David Lynch noir film that is still to be made.
“Born in Buenos Aires, Argentina. I started playing music at the late age of 18. Slowly it became my priority, my love, my obsession. I quitted the University, ended my relationship, moved to another country, learned new languages... and the music remained there.
It's been a journey of more than 15 years since the first note I played. I have the opportunity to travel and work with outstanding artists and meet fabulous people, to learn from them, to appreciate the luck I have, by finding something that gives meaning to my life a vocation.
I finally decided to put it all together here, and hope to find more amazing people to share new musical adventures!“