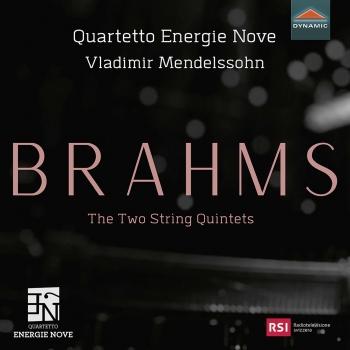 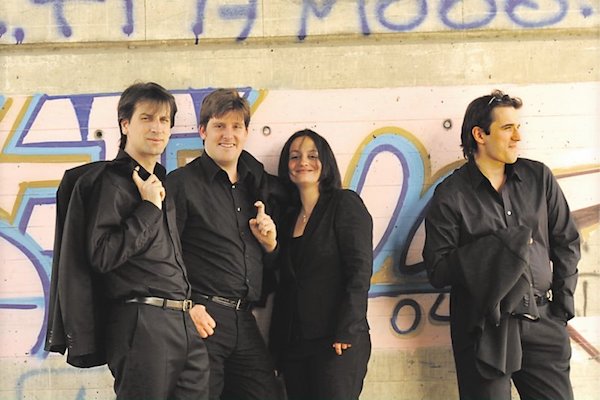 Vladimir Mendelssohn
was born into a musical family in Romania and studied viola and composition in Bucharest. He is very much in demand as a player of chamber music and regularly performs at numerous music festivals with the world’s top musicians. He has also given solo concerts and made many recordings for different record labels. Mendelssohn is a prolific composer, having written works for solo instruments, mixed choir and symphony and chamber orchestra. He has also written music for the ballet, stage and screen. At present he is professor of chamber music at the Paris Conservatoire and also teaches in The Hague, Essen and Bologna. He gives masterclasses around the world. Since the early 1980s he has regularly appeared at the Kuhmo Chamber Music Festival and has been its Artistic Director since autumn 2005.
Quartetto Energie Nove
is a string quartet based in Lugano, Switzerland. The quartet takes its name from a radical early 20th century Italian political and literary magazine created by Piero Gobetti. Like the periodical, Energie Nove seeks to express the dynamism and the energy of the new. The four musicians are of diverse background and have each won numerous competitions and performed at the highest level. They have come together to animate the music through new and creative interpretations.
Quartetto Energie Nove has, in close collaboration with the “Radio della Svizzera italiana” (RSI – Swiss National Radio), started a series of discographic releases for the record label Dynamic. The first two productions dedicated to the string quartets by S. Prokofiev and Leoš Janáček (world premiere recording of the critically edited and ''Urtext'' version), achieved great critical acclaim. The coming releases are the string quartets by B. Smetana, the viola quintets by J. Brahms with the violist Vladimir Mendelssohn and the piano quintets by C. Frank and G. Fauré with Alexander Lonquich. Their past quintet collaborations have also included a series of concerts dedicated to F. Chopin with the pianist Ivo Pogorelich.
The quartet has also started a collaboration with the Swiss National Television (RSI - SRG SSR) and has been featured in the recently televised production of Beethoven's Quartets op. 74 and op. 95.
Quartetto Energie Nove has a busy concert schedule and has been invited to perform in some of the most important festivals, such as the Edinburgh Festival, the MiTo Festival, the GOG Series (Genoa, Italy), etc. Future appearances will include a concert in the “Kleine Philharmonie” in Berlin and a performance with the violinist Julian Rachlin.
For the occasion of one hundred and fifty years of diplomatic relations between Switzerland and Italy, the Energie Nove was invited by the Swiss General Consulate in Milan to present an extraordinary concert, where they had the honour of playing on Walter Stauffer Foundation instruments, including violins by Guarneri del Gesu and Ceruti, a Viola by Brothers Amati and a Stradivarius cello.
The four members of Energie Nove are Hans Liviabella, Barbara Ciannamea, Ivan Vukčević and Pablo de Naverán. Respectively, they play on the violins by A. Stradivari (1708) and L. Ventapane, a viola by C. F. Landolfi (1753) and a cello by Carlo Antonio Testore (1723).