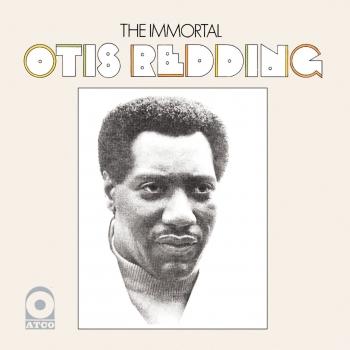 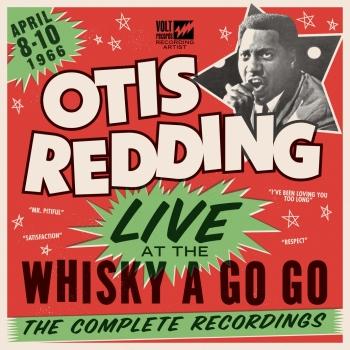 Live At The Whisky A Go Go: The Complete Recordings (Remastered) 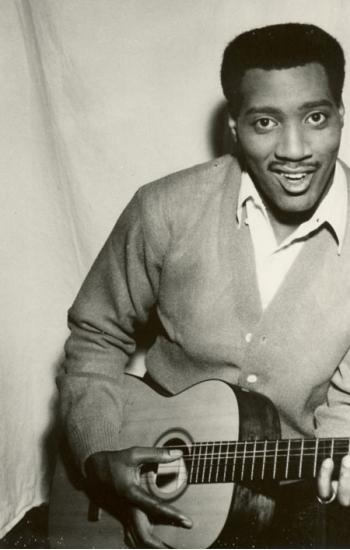 9 September 1941, Dawson, Georgia, USA, d. 10 December 1967, Lake Monona, Madison, Wisconsin, USA. The son of a Baptist minister with the same name, Redding assimilated gospel music during his childhood and soon became interested in jump blues and R&B. After resettling in Macon, he became infatuated with local luminary Little Richard and began singing on a full-time basis. A high-school friend and booking agent, Phil Walden (b. Philip Michael Walden, 11 January 1940, Greenville, South Carolina, USA, d. 23 April 2006, Buckhead, Atlanta, Georgia, USA), then became his manager. Through Walden’s contacts Redding joined Johnny Jenkins And The Pinetoppers as a sometime singer and occasional driver. Redding also began recording for sundry local independents, and his debut single, ‘She’s Alright’, credited to The Shooters Featuring Otis, was quickly followed by ‘Shout Bamalama’. Both performances were firmly in the Little Richard mould. The singer’s fortunes blossomed when one of his own songs, ‘These Arms Of Mine’, was picked up by the Stax Records subsidiary Volt. Recorded at the tail end of a Johnny Jenkins session, this aching ballad crept into the American Hot 100 in May 1963. Further poignant releases, ‘Pain In My Heart’, ‘That’s How Strong My Love Is’ and ‘I’ve Been Loving You Too Long’ (written with Jerry Butler), were balanced by brassy, up-tempo performances including ‘Mr. Pitiful’, ‘Respect’ and ‘Fa-Fa-Fa-Fa-Fa (Sad Song)’.
Redding remained something of a cult figure until 1965, although he had already released a series of excellent albums. It was the release of the magnificent Otis Blue that triggered off a major appreciation, in which original material nestled beside cover versions of the Rolling Stones’ ‘(I Can’t Get No) Satisfaction’ and two songs by another mentor, Sam Cooke (‘Wonderful World and ‘A Change Is Gonna Come’). His version of the Temptations’ ‘My Girl’ then became a UK hit. Complete & Unbelievable: The Otis Redding Dictionary Of Soul contained a stunning version of ‘Try A Little Tenderness’. This song was written in 1933 by Harry Woods, James Campbell and Reginald Connelly, yet Redding turns it into his own aching contemporary soul ballad. Meanwhile the singer’s popularity was further enhanced by the tour of the Hit The Road Stax revue in 1967, particularly in Europe. ‘Tramp’, a magnificent call and response duet with Carla Thomas, also provided major success, while Redding’s production company, Jotis, was responsible for launching the career of Arthur Conley.
A triumphant appearance at the legendary 1967 Monterey Pop Festival gave indication that Redding was about to attract an even wider following. He appeared on stage completely out of fashion with the colourful beads and bells of the audience, wearing one of his familiar dark green silk and mohair suits, with tie and smart shoes. His explosive set was, along with that of Jimi Hendrix, the highlight of the festival. More importantly, he calmed and unified the ‘love crowd’ like never before. He brought his music of black origin into the hearts of white hippies (many of them middle-class kids who had never heard soul music). Horribly poignant were the last words he uttered on the victorious stage at Monterey at the end of an astonishing finale of ‘Try A Little Tenderness’. He said, ‘I’ve got to go now, but I don’t want to’.
A few months later tragedy struck. On 10 December 1967, his light aircraft in which he was travelling plunged into Lake Monona, Madison, Wisconsin, killing the singer, his valet, the pilot and four members of the Bar-Kays. He had recently been voted the world’s top male singer by Melody Maker. This was highly significant because for the previous 10 years Elvis Presley had held the crown. He died on the cusp of greatness at the age of 26 not living to see how important a figure he would become.
The wistful ‘(Sittin’ On) The Dock Of The Bay’, a song Redding had recorded just three days earlier, was immediately mixed and released. It became his only million-seller and US pop number 1. The single’s seeming serenity about sitting on a jetty in San Francisco’s harbour, as well as several posthumous album tracks, suggested a sadly unfulfilled maturity as a songwriter. Although some critics now point to Redding’s limited vocal range, few could match his guttural sounding voice, which, at any volume could send shivers into the spine. Such was his emotional drive, and his distinctive sound remains immediately compelling. There is no doubt that Redding matched the smooth vocal intensity of artists such as Marvin Gaye, Curtis Mayfield and Al Green. What should also be acknowledged in addition to his quite remarkable voice is the considerable amount of classic songs he wrote, often with guitarist Steve Cropper. They stand as some of the most enduring moments of the golden age of soul music. Redding should be regarded as a giant of the genre, even though his achievements were made in just a three-year burst of unrivalled energy and explosive talent. Source: The Encyclopedia of Popular Music by Colin Larkin. Licensed from Muze.