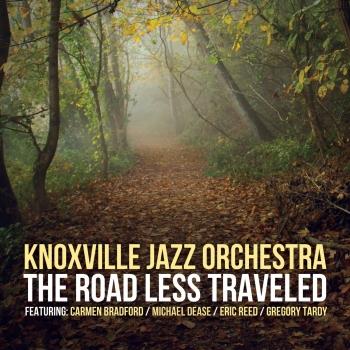 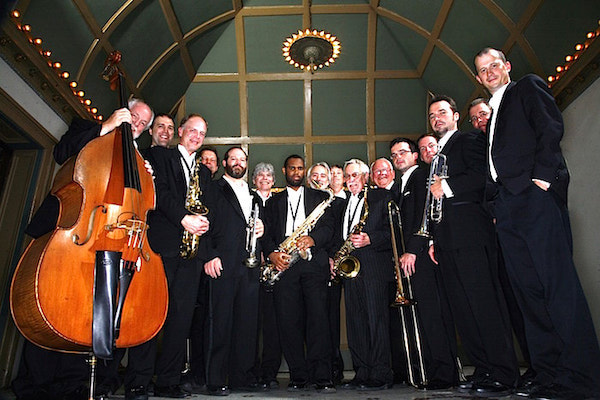 The Knoxville Jazz Orchestra
was founded in 1999 by trumpeter, arranger and composer Vance Thompson. Since that time, the band has appeared on jazz festivals in the United States and Europe, released four critically acclaimed CD recordings and presented scores of concerts, many featuring world renowned guest artists.
Vance Thompson, founder and prime motivator of this ambitious endeavor, received a Master of Music degree from DePaul University with emphasis on jazz trumpet. He has recorded and performed with Stefon Harris, Donald Brown, Greg Tardy, and many others. Somewhere along the way Mr. Thompson developed the skills to market and budget events as well as write grants, making it possible for the band to always move forward in its quest to promote great jazz.
The Knoxville Jazz Orchestra performs well over a dozen concerts each year and does its fair share of touring. Their home concerts are well known for featuring internationally acclaimed artists such as Christian McBride, Monty Alexander, Hank Jones, Mulgrew Miller, James Moody, and Marvin Stamm to name a few. Vance Thompson and The Knoxville Jazz Orchestra , with their passion, energy, and wherewithal to endure, have turned Knoxville, Tennessee into a mecca for jazz musicians and jazz lovers. Check out the Official KJO Website for upcoming concerts.
Both of their albums released on Blue Canoe “The Road Less Traveled”and “Blues Man From Memphis” where produced and co-produced by Art Blakey veteran and artist, Donald Brown.