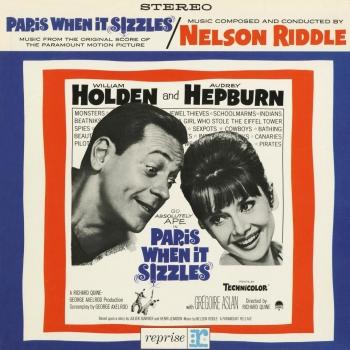 Paris When It Sizzles 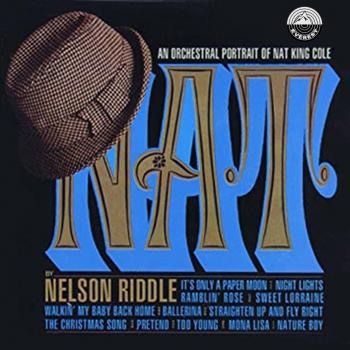 Nelson Riddle
“He gave new careers to Frank Sinatra and Linda Ronstadt.” This is a quote by Robert Windeler in a KCRW radio tribute to Nelson Riddle in 1985. Mr. Windeler goes on to say “Much of the best work of Ella Fitzgerald, Rosemary Clooney, and Peggy Lee was done in collaboration with him.” As his children, we have always been amazed at the sheer volume and variety of music he produced.
While there were several good arrangers in the 50’s and 60’s, Nelson Riddle stands out as probably the most prolific, as illustrated by “Laugh In” hosts Rowan and Martin who would periodically punctuate their comedic dialogue with “arranged by Nelson Riddle.”
NELSON RIDDLE was one of the greatest arrangers in the history of American popular music. He worked with many of the major pop vocalists of his day, but it was his immortal work with Frank Sinatra, particularly on the singer’s justly revered Capitol concept albums, that cemented Dad’s enduring legacy. He was a master of mood and subtlety, and an expert at drawing out a song’s emotional subtext. He was highly versatile in terms of style, mood and tempo, and packed his charts full of rhythmic and melodic variations and rich tonal colors that blended seamlessly behind the lead vocal line. He often wrote specifically for individual vocalists, keeping their strengths and limitations in mind and pushing them to deliver emotionally resonant performances. This is evidenced certainly in his work with Sinatra in the following quote from Charles Granata’s book “Sessions with Sinatra,”: “It quickly became apparent that Riddle, of all the arrangers the singer had worked with, complemented Sinatra’s talents better than anyone else.”
Born June 1, 1921 in Oradell, NJ, Nelson Smock Riddle studied piano as a child, later switching to trombone at the age of 14. After getting out of the service, he spent 1944-1945 as a trombonist with the Tommy Dorsey Orchestra, also writing a couple of arrangements (“Laura”, “I Should Care”). By the end of 1946, with the help of good friend, Bob Bain, he secured a job arranging for Bob Crosby in Los Angeles. He then became a staff arranger at NBC Radio in 1947, and continued to study arranging and conducting with Mario Castelnuovo-Tedesco and Victor Young.
Soon he was occasionally writing for Nat King Cole, initially as a ghost-arranger. However, the successes of his arrangements for “Mona Lisa” (1950) and “Too Young” (1951) set him on his way to doing most of Nat’s music at Capitol Records. By this time, Nelson Riddle had become conductor of the orchestra and had his name printed on the record label. He was no longer an anonymous arranger.