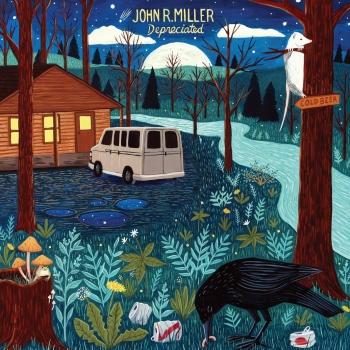 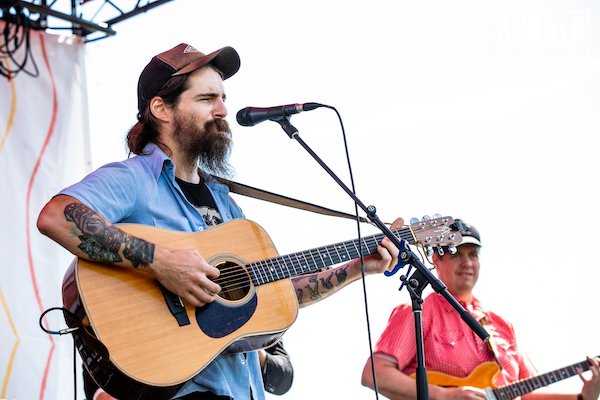 John R Miller
grew up in Hedgesville, a small town in the eastern panhandle of West Virginia where the mountains meet Interstate 81. A co-founding member of hard-traveling bands Prison Book Club and The Fox Hunt, and crafting a unique-and-familiar blend of country blues & folk, he has performed music in nearly all 50 states, Canada, Ireland, the UK, Japan, and much of Europe. He has twice appeared on NPR's Mountain Stage with The Fox Hunt. He has also been a featured songwriter and performer on the Travelin' Appalachians Revue. John can often be found performing solo, alongside fiddle player Chloe Edmonstone, or with his band The Engine Lights.
Miller grew up in the Eastern Panhandle of West Virginia near the Potomac River. “There are three or four little towns I know well that make up the region,” he says, name-checking places like Martinsburg, Shepherdstown, Hedgesville, and Keyes Gap. “It’s a haunted place. In some ways it’s frozen in time. So much old stuff has lingered there, and its history is still very present.” As much as Miller loves where he’s from, he’s always had a complicated relationship with home and never could figure out what to do with himself there. “I just wanted to make music, and there’s no real infrastructure for that there. We had to travel to play regularly and as teenagers, most of our gigs were spent playing in old church halls or Ruritan Clubs.” He was raised “kinda sorta Catholic” and although he gave up on that as a teenager, he says “it follows me everywhere, still.”
His family was not musical—his father worked odd jobs and was a paramedic before Miller was born, while his mother was a nurse—but he was drawn to music at an early age, which was essential to him since he says school was “an exercise in patience” for him. “Music was the first thing to turn my brain on. I'd sit by the stereo for hours with a blank audio cassette waiting to record songs I liked,” he says. “I was into a lot of whatever was on the radio until I was in middle school and started finding out about punk music, which is what I gravitated toward and tried to play through high school.” Not long after a short and aimless attempt at college, I was introduced to old time and traditional fiddle music, particularly around West Virginia, and my whole musical world started to open up.” Around the same time he discovered John Prine and says the music of Steve Earle sent him “down a rabbit hole”. From there he found the 1970s Texas gods like Guy Clark, Townes Van Zandt, Jerry Jeff Walker, Billy Joe Shaver, and Blaze Foley, the swamp pop of Bobby Charles, and the Tulsa Sound of J.J. Cale, who is probably his biggest influence.
As much as the music buoyed him, it also took its toll. “I always prioritized being a touring musician above everything, and my attempts at relationships suffered for it,” he says. Miller was also often fighting depression and watching many of his friends “go off the rails on occasion.” He says that for a long period he did a lot of self-medicating. “I used to go about it by drinking vodka from morning to night for months on end,” he says. “I shouldn't have made it this far. I'm lucky, I think.” Ultimately, the music won out and Depreciated is the hard-won result of years of self-education provided by life experiences that included arrests, a drunken knife-throwing incident, relationships both lost and long-term, and learning from the best of the singer-songwriters by listening.