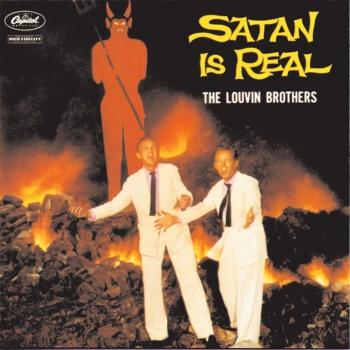 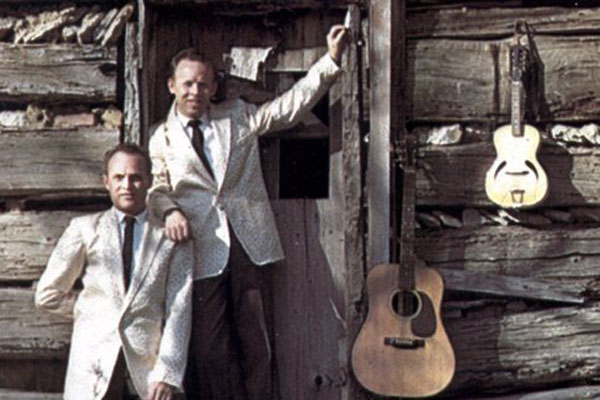 The Louvin Brothers
Ira and Charlie, formed one of the finest duos in country music, offering superb close harmony vocals that often displayed their gospel roots. With Ira’s incredibly high, pure tenor and Charlie's emotional smooth melody tenor, they successfully preserved the old-time rural country tradition, while bringing in a contemporary 1950s styling. Though their active career spanned only ten years, and during most of that time they recorded mainly gospel songs, resulting in just a handful of chart records between 1955 and 1958, The Louvin Brothers' music has proved to be highly influential over the past forty years. The Everly Brothers were clearly influenced by the duo, while country-rock pioneer Gram Parsons drew heavily from their deep catalogue of classic songs. More recently, it has been Emmylou Harris, Linda Ronstadt, Dolly Parton, BR5-49, and several of the alternative country acts all reviving their songs or borrowing heavily from their distinctive style.
Born in Rainesville, Alabama (Ira on April 21, 1924; Charlie on July 7, 1927), The Louvins (real name Loudermilk), were raised on a farm where they first learned to play guitar. They sung gospel songs in church and their parents encouraged their sons to play music, despite the family’s poverty. Ira began playing mandolin while Charlie picked up the guitar, and the two began harmonising, being influenced by the then-popular close-harmony country brother duets of The Blue Sky Boys, The Delmore Brothers and The Monroe Brothers. They began performing at a small, local radio station in Chattanooga, where they frequently played on an early-morning show. Drafted into the forces during World War II, the brothers’ musical career was interrupted for a few years. They returned after service and picked up musically, where they left off, moving to Knoxville, Tennessee where they appeared regularly on the Mid-Day-Merry-Go-Round radio show. It was at this time they adopted the name Louvin, which sounded a better stage name. In 1947 they moved to Memphis for another radio show and also made their first record, a one-off single for Apollo Records. That was followed two years later by a single for Decca Records which failed to make much of an impact. In 1951 they signed with MGM Records and over the next year, recorded twelve songs, without too much success.
Throughout this period, they had both been working as postal clerks while playing concerts and radio shows at night. Eventually, they earned the attention of Acuff-Rose who signed the duo to a publishing contract. This led to them recording with Capitol Records. Their debut single for the label, The Family Who Prays, was a moderate success, and has since become a gospel standard. Shortly after that release, Charlie was recalled by the Army to serve in The Korean War. Following Charlie’s Army discharge they joined The Grand Ole Opry and started performing and recording secular material. They didn’t entirely abandon gospel music, but following the top ten success of When I Stop Dreaming in 1955, they knew they had hit upon a winning sound. Whatever type of songs they recorded, gospel, folk, hillbilly, country or pop, those songs became inexplicably The Louvins. Their most notable hits came with I Don’t Believe You’ve Met My Baby (number one in 1956), Hoping That You’re Hoping, You’re Running Wild, Cash On the Barrel Head, My Baby’s Gone and Knoxville Girl. The latter was from their highly-acclaimed TRAGIC SONGS OF LIFE album. Though most of their album collections, such as NEARER MY GOD TO THEE, KEEP YOUR EYES ON JESUS and WEAPON OF PRAYER, were gospel, they also recorded some stunning country albums including A TRIBUTE TO THE DELMORE BROTHERS, MY BABY'S GONE, THE GREAT ROY ACUFF SONGS and COUNTRY LOVE BALLADS. …. Visit: www.alancackett.com