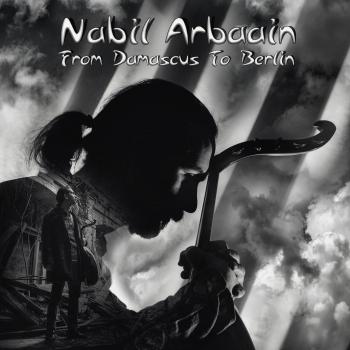 From Damascus To Berlin 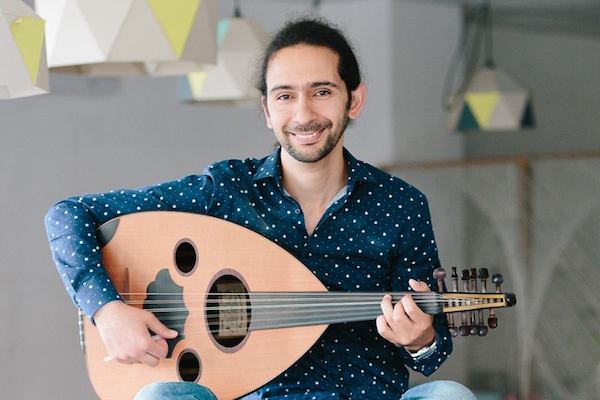 Nabil Arbaain is a Syrian composer and oud player from Damascus. His compositions are inspired by his memories of Syria and how those memories are carried with him throughout his travels. Together with musicians and musical styles from around the world, Arbaain has co-founded, composed for and played with bands and orchestras in Damascus, Beirut, Istanbul and more recently, across Europe.
Currently based in Berlin, Arbaain’s long-standing passion for the fusion of classical Arabic and Middle Eastern music with other music genres such as Jazz, Flamenco, and Western Classical music continues to find fertile ground. Since coming to Germany in 2015, Arbaain has performed hundreds of concerts in cities around Europe including two tours in Poland that involved Syrian music and poetry. His tours also brought him to Italy, Spain and France with the Syrian Cultural Caravan in 2017. In Germany, Nabil also regularly performs as a soloist and has composed music for the Babylon Orchestra, Wedding Orchestra, Baden-Baden Wind Orchestra and Aananda electronic band.
Nabil has also co-founded four bands in Berlin and currently composes music for them. The first band, Matar, means ‘rain’ in Arabic and consists of Syrian and German musicians working on merging Middle Eastern Arabic Classical Music and Western Classical music. SINGA, meaning ‘connect’ in Lingala, is a Syrian-German music group that infuses jazz music with a Middle Eastern spirit. Naranja, meaning ‘orange’ in Spanish, performs Andalusian Music and the fourth band is Nabil & Matthias, a Syrian-German duo balancing Oud solos with Latino rhythms.
Arbaain has also worked as a research assistant with Dr Waldo Fabian Garrido from Western Sydney University, on a project called, Music and Migration, focusing on Syrian musicians in Berlin. Nabil is now working on a music therapy project with Dr Garrido, Dr Alison Short, and musicologist Zaher Alkaei.
From 2006 to 2012, Nabil managed a Music Production Company in Damascus called, Alkhaimeh (meaning ‘the tent’ in Arabic) which produced music for local musicians and the Damascus Opera House. Under Arbaain’s supervision, Alkhaimeh also focused on supporting young musicians struggling with their first steps – including arranging rehearsal sessions, concerts, and art events as well as the recording and production of their work.