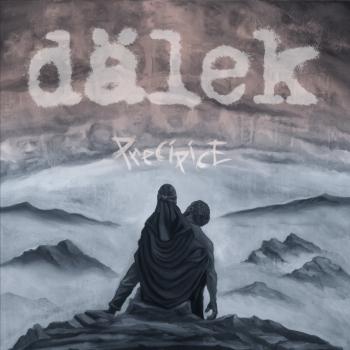 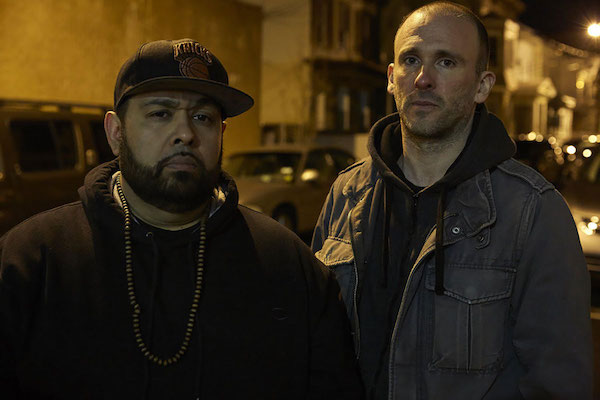 Dälek
Whether one considers the booming, echoed-out Oberhiem DMX drum beats that helped Run DMC’s “Sucker MC’s'' usher in a new paradigm in Hip Hop or Public Enemy transforming Robert McCollough’s high-pitched sax squeal into a siren call for a new take on the politics of Black power, rap music has long employed noise as a weapon of rebellion. A renegade sound born from an outlaw culture, rap music has both historically and contemporarily pushed against established notions of musical acceptability. This sonic rebellion shows up in the form of absurdly loud 808s, speech elevated to the center of a vocal performance or samples that are mangled and obscured beyond any possible recognition of their original source material. Coupled with its broad rejection of conventional social norms, the sound of rap music itself is unextractable from its political stance. It is the music of the oppressed. A music where the fight for liberation plays out within the beats and rhymes itself.
For Union City, NJ-based duo, Dälek, this stance has taken the form of a brutal sonic temperament that pushes rap music’s capacity for noise and protest to some exhilarating conclusions. For their latest album, Precipice, Dälek unleashes a work that is practically bristling with fury and power. Stretched over 10 tracks, the production is among the heaviest in the group’s catalog with its dense, violent beats often giving way to gorgeous waves of texture and ambience. The album opens like the sounding of an alarm with “Lest We Forget”, a brief but captivating ambient piece pulsing within a thick coat of distortion.
Initiated before the outbreak of COVID-19, the group briefly put Precipice on hold before returning to inject a newer, more dynamic energy into the album’s songs. The result is a timely work, that is teaming with immediacy.
“Precipice was a completely different record pre-pandemic.” MC Dälek explains. “We had been working on the sketch of what the album was going to be at the end of 2019. I think me and (Mike) Manteca had narrowed it down to 17 joints out of the 46 or so that we had started with. Me and Joshua Booth had taken the 17 and really fleshed out the joints. The idea was to bounce them back to Mike and then arrange and write lyrics. 2020 obviously had different plans for everybody. We basically put everything on hold. I ended up doing the MEDITATIONS series that year on my own. I think the catharsis of that project, its rawness, the pandemic, all the death, the social upheaval, everything that went down… when I went back and listened to what we had down… it just wasn’t right anymore, it wasn’t strong enough, it wasn’t heavy enough, it wasn’t angry enough. It just didn’t say what I needed it to say.”
“Boycott” comes out swinging with its rugged, head nodding drum break. MC Dälek projects directly from the eye of the storm, his words taking a harrowing account of what could be the end of days. By the time the drums drop out and the noise swells around him, MC Dälek spits “I been tried telling you…society’s been failing you!”, delivering the line with breathtaking gravity. For “Incite”, Dälek stokes the polemical fire with a damning indictment of capitalism, the State and the whole damn system at large “Genocide! With a catchier name. Perhaps building empires has all been in vain.”
With cuts like the softly meditative “Devotion (when I cry the wind disappears)”, the brickyard boom-bap of “Decimation (Dis Nation)” and “A Heretic's Inheritance” (feat. Adam Jones of Tool on guitar), the album is as wide-ranging musically as it is philosophically potent, and its sound is the result of experimental and intentional collaboration.
“I can’t explain it. It gets to a point where joints just come together like they supposed to. It’s my favorite part about making music. “A Heretic’s Inheritance” for example: Me and Adam Jones have been wanting to work together for a while, but schedules are always hectic. We had the track pretty much done but listening to the droning riff, I thought ‘Damn Adam’s guitars would be dope’. I just sent him a loop of the drums, bass, and main guitar. That brother locked himself in his studio for 48 hours straight and came back with a pro tools session with a GRIP of ideas on guitar and synth. So many variations. We ended up doing a new arrangement with basically a guitar and synth solo and then incorporated some of those sounds throughout the verses. I just love how it sounds inherently like Adam but in OUR world!”
Once again, Dälek have tapped into the heartbeat of the day and used that energy to create a vital statement about the world we live in. Continuing in the long tradition of revolutionary Hip Hop, Precipice builds new cadences born out of tumultuous times.