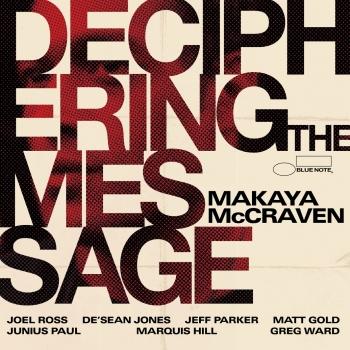 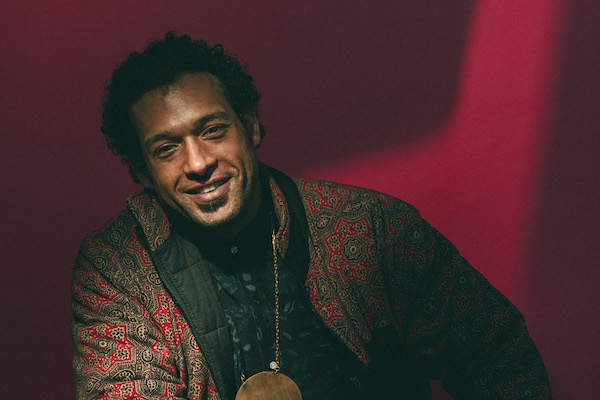 Makaya McCraven
is a b​ eat scientist.​ The cutting edge drummer, producer, and sonic collagist is a multi-talented force whose inventive creative process & intuitive style of performance defy categorization.
Called “a sound visionary” (jazzinchicago.org) who is “not your everyday jazz drummer” (thewordisbond.com), McCraven brilliantly moves between genres and pushes the boundaries of jazz and rhythm to create forms of his own.
“You are listening to one incredible musician. His style and sound is unique, a heady, skillful, sophisticated and boldly uncompromising mix of jazz and hip hop...” (UK Vibe)
His breakthrough album I​ n the Moment​ was released with International Anthem Recording Co. (IARC) in January of 2015 and quickly named “Album of the Week” on BBC 6 Radio by influential DJ Gilles Peterson. By the end of the year it was a “Best of 2015” selection for Los Angeles Times, Pop Matters, NPR Music’s Jazz Critics Poll, and Apple Music. In 2016, I​ n The Moment​ was hailed by Turntable Lab as “one of the most important recordings to date in the modern Jazz world.” ​In The Moment​ was a dramatic statement by McCraven, where he debuted a unique brand of “organic beat music” that quickly launched him into the vanguard of not only Internationally-known jazz artists, but also a niche genre of next-wave composer-producers blurring the boundaries of jazz & electronic music.
“While Teo Macero’s work with Miles [Davis] might seem the obvious reference point, I​ n The Moment​ is closer in spirit to Madlib and J Dilla.” (WIRE Magazine)
Born in Paris, France in 1983 to jazz drummer Stephen McCraven (Sam Rivers, Archie Shepp) and Hungarian singer Agnes Zsigmondi, McCraven was exposed to broad ranges of influences from a young age. At age 3, in 1986 his family moved to the Pioneer Valley of Western Massachussetts, a time and place that afforded him the mentorship of his parents’ community of friends and collaborators, which included jazz luminaries Marion Brown, Archie Shepp and Yusef Lateef.
His earliest gig memories include playing alongside students in his father’s drum ensemble, the CMSS Bashers, at age five and in middle school forming a band with friends to backup his mother’s Jewish folk songs. In high school, McCraven cofounded Cold Duck Complex, a jazz hip hop band that developed a strong following in the American Northeast, opening for acts like Wu-Tang Clan, Rhazel, Digable Planets, The Pharcyde, Mixmaster Mike, and The Wailers. McCraven stayed close to home (and his working band) to study music at the University of Massachusetts Amherst, but prioritized the development of his professional music career, and never completed his degree.
In 2007 he made a move to Chicago, where he immersed himself in the city’s gigging and creative music scenes. Through years of hard work and deepening kinships with artists from both ends (straight ahead & avant garde) of Chicago’s jazz scene, by 2012 he had “established himself as one of the city’s most versatile and in-demand drummers” (Chicago Reader) doing regular sideman gigs for Bobby Broom, Corey Wilkes, Willie Pickens, Occidental Brothers, Marquis Hill, Jeff Parker, and others. And by January of 2015, he had recorded and released his International Anthem debut ​In The Moment.​
The critical and communal reception of I​ n The Moment​ led to greater breakthroughs in the live setting for McCraven, including a historic co-headlining Chicago performance with Kamasi Washington in Fall of 2015 and a major showing at the New York City Winter Jazz Festival in January of 2016, where he was named a “Top 5 Artist to Watch” by both NPR and Billboard, and garnered glowing reviews from the Wall Street Journal, New York Times, and Downbeat Magazine. Afterwards he signed with European booking agency Good Music Company and spent most of 2016 touring the European circuit, capped off by a London Jazz Festival set broadcast live on Boiler Room TV in November of 2016.
McCraven went on to put out his first DJ-style mixtape ​Highly Rare​ (IARC) in 2017, which was produced from a single live performance in Chicago, and eventually hailed as one of the “Best Albums of 2017” by The New York Times. Also in 2017, he began production of a second mixtape made from live recordings captured at a legendary 2-night showcase in London, where Makaya performed with artists from the UK jazz scene. Just months after the showcase was nominated for “Live Experience of the Year” by UK’s JazzFM awards, Makaya released the mixtape – ​Where We Come From (CHICAGOxLONDON Mixtape) –​ which featured his own production intertwined with remixes by other producers. In Will Schube’s words in his “Passion of the Weiss” feature:
“Makaya McCraven is a Chicago staple, owing some of his rise to the city’s fervent jazz community, but with ​Where We Come From,​ McCraven and his band have transcended locale. Jazz belongs to the world, it exists wherever we come from.”
McCraven has toured nationally and internationally, and produced 4 critically acclaimed releases as a lead artist in the last 4 years. Yet despite the performances and accolades, McCraven’s focus remains on both creating music and moving the culture forward. “As a person of mixed race, nationality, and ethnicity I want my identity and contributions to paint a world not bound by genre, race or national boundaries but unified through a love of music culture and community. Tethered by legacies of the past but looking towards a new, more universal future.”
Makaya continues the development of his “organic beat music” as well as the work of (what Schube described as) “transcending locale” on his most recent release ​Universal Beings​. A 2xLP album that was recorded at 4 sessions in New York, Chicago, London & Los Angeles, Universal Beings​ features an A-list of “new” jazz players from those hotbed cities: Brandee Younger, Tomeka Reid, Dezron Douglas, Joel Ross, Shabaka Hutchings, Junius Paul, Nubya Garcia, Daniel Casimir, Ashley Henry, Josh Johnson, Jeff Parker, Anna Butters, Carlos Niño and Miguel-Atwood Ferguson.