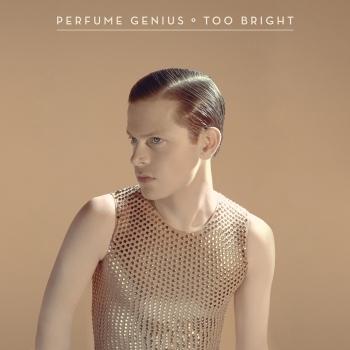 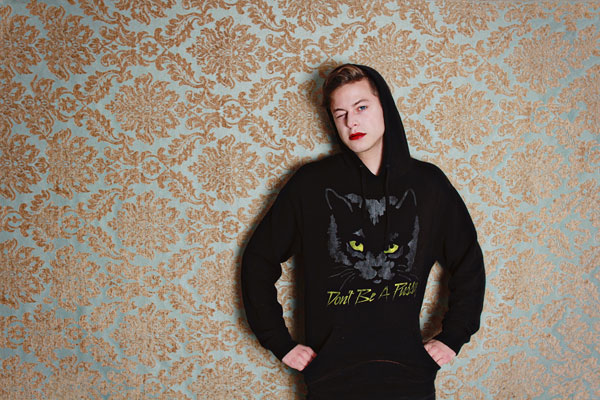 Perfume Genius
Over the course of two astonishing albums, Perfume Genius, aka Seattle native Mike Hadreas, cemented his place as a singer-songwriter of rare frankness, creating songs that, while achingly emotional, offered empathy and hope, rather than judgment or handwringing. Sparse, gorgeous and with Hadreas’ quavering vocals often only accompanied by piano, 2010’s Learning and 2012’s Put Yr Back N 2 It told uncommonly beautiful tales of a life lived on the dark side –
Too Bright, however, is something else altogether. Less self-conscious, and less concerned with storytelling and easily-digested melodies, it is a bold and unpredictably quixotic exploration of what Hadreas calls “an underlying rage that has slowly been growing since age ten and has just begun to bubble up”. This sharp U-turn came early in the writing process, when Hadreas grew creatively frustrated and uninspired writing what he thought people might want to hear – as he describes it, “mid-tempo Adele songs, carefully plotting each chord and lyric like math” –and focused instead on writing what came naturally, 100% visceral and unfiltered, no matter what the potential reception might be. “I looked to PJ Harvey,” he recalls, “how powerful and raw she can be, and thought, ‘what is my version of that?’”
The resultant album is a stunning about-face which brings to mind audacious career-shift albums like Kate Bush’s The Dreaming or Scott Walker’s Tilt, records which walk the tightrope between pure songwriting and overt experimentation. Here, Hadreas is aided in his efforts by not one, but two unlikely conspirators – John Parish, who plays drums on several tracks, and Portishead’s Adrian Utley, who, as producer, brought the physical resources to flesh out the songs ininnovative ways. According to Hadreas, Utley was the key to unlocking unexplored terrain on the album, using both synths and organic instrumentation to push the tracks to darker and more unreal heights. The album is also rounded off with key contributions from longtime touring band members Alan Wyffels and Hervé Bécart. The fragile yet defiant “I Decline” opens the album, draped in hushed, languorous beauty, but it is an outlier. On the following track (and first single) “Queen”, the line “Don’t you know your queen?” booms out over ominous guitars, not so much a genuine question as a rhetorical one, as Hadreas proceeds to deconstruct gay panic with relish. Even with a wordless (albeit soaring and cacophonous) symphony of a chorus it sounds huge and anthemic, a gleeful kiss-off. He says, “I sometimes see faces of blank fear when I walk by...if these fucking people want to give me some power – if they see me as some sea witch with penis tentacles that are always prodding and poking and seeking to convert the muggles – well, here she comes”.
That mischievous sense of defiance runs rampant through the album. A surreal threat hangs over songs like “My Body” and “Grid”, with piercing screams, tribal drums and electronic stabs highlighting disturbing lyrics of self-destruction and temporary respite from the darkness. On “Fool,” meanwhile, deceptively swinging doo-wop rhythms disguise a story of social mutiny, with Hadreas tearing into the stereotype of “a walking, talking candelabra”, and rejecting it for something much more volatile and dangerous. “I've met people that laugh at EVERYTHING I say,” he muses. “I could be talking about OJ or Munchausen’s Syndrome or bloody stool – I am still just the cutest thing. Here only to enrich their lives, not have one of my own. Make their dress, tell them how great their boobs look and then peace. Isn't he the best?”
Which is not to say that Hadreas has completely abandoned the shimmering, exquisite piano ballads that he is so known for. “No Good” is a heartbreaking meditation on a difficult life lived on the outside but “spent looking in”, while the somber closer “All Along” is a resigned yet firm rebuke to acceptance and reassurance from external forces, preferring instead to find refuge from within – “I have my love,” Hadreas asserts, “and I apply it where I need to”.
This, in fact, is the overarching theme of Too Bright; the connective tissue loosely joining up these 11 stunning, weird and wonderful tracks – the discovery of strength and power where previously he felt he had little. As he puts it, during the making of the album, it felt “like I had woken some ancient beast which began to rattle and threaten to rise.” With this record, consider the demon awoken.