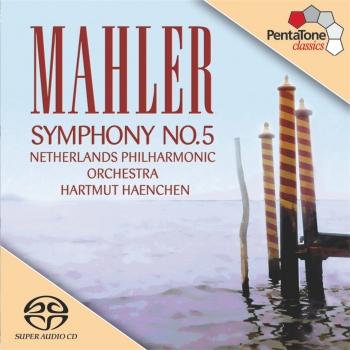 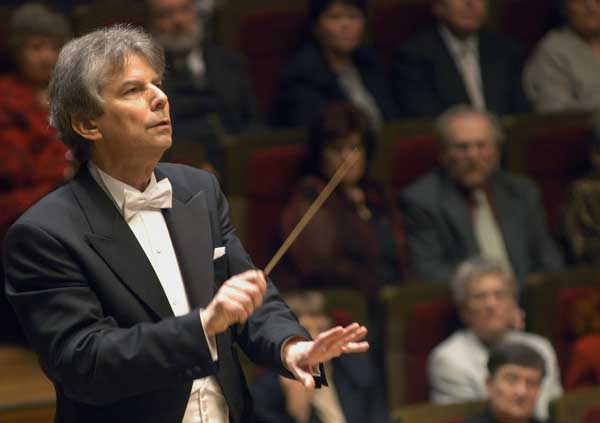 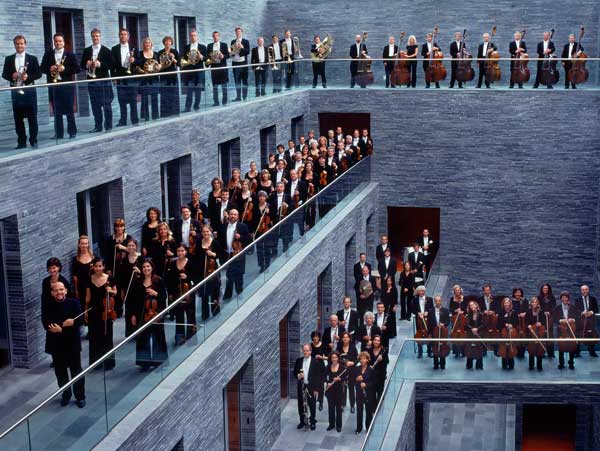 high intellect and musical integrity have secured his place in the forefront of musical life. Born in Dresden and raised in the post-war German Democratic Republic.
Despite the severe restrictions imposed by the former East German regime, Haenchen was granted special permission to work with the West’s finest ensembles, including the Berlin Philharmonic and the Concertgebouw Orchestra
His career was reborn when in 1986 he moved to the Netherlands. A new public welcomed his interpretative genius, and he was appointed Music Director of both the Netherlands Philharmonic and De Nederlandse Opera. His breadth of experience and depth of understanding have won respect, while audiences have warmed to the humanity of his interpretations. He is particularly renowned and respected for his readings of works by Richard Strauss, Wagner and Mahler.
In October 2008 he was awarded the Federal Cross of Merit of the Republic of Germany, in recognition of his outstanding contribution to music and the arts.
Haenchen recently conducted important Mahler and Strauss projects with the Orchestre du Théâtre Royal de la Monnaie and the Royal Stockholm Philharmonic Orchestra. In Japan he will be working with the Yomiuri Nippon Symphony Orchestra. The conductor enjoys ongoing relationships with many orchestras worldwide. He regularly appears with, among others, the Stockholm Philharmonic, the Oslo Philharmonic, the Montreal Symphony Orchestra, the Japan Philharmonic, the Netherlands Philharmonic, the Tonhalle Orchestra Zurich, the Gewandhaus Orchestra, the Dresden Staatskapelle, the WDR Symphony Orchestra Cologne, the Orchestre Philharmonique de Radio France, the Orchestre National de France and the Orchestre de Paris.
The Netherlands Philharmonic Orchestra
and its partner the Netherlands Chamber Orchestra together constitute the Stichting Nederlands Philharmonisch Orkest. These two leading orchestras are the principal orchestras for the productions of De Nederlandse Opera in Het Muziektheater in Amsterdam. The two orchestras present regular concert series in the Amsterdam Concertgebouw alongside their operatic commitments; they are welcome guests in other Dutch cities and also make frequent appearances in concert halls and festivals outside Holland. The NedPhO|NKO brings classical music to life at the highest level and collaborates closely with international guest soloists and conductors. Both orchestras take great pleasure in developing and welcoming new musical talent. As of the start of the season 2011/2012, Marc Albrecht is the chief conductor of the Netherlands Philharmonic Orchestra; the artistic director and concertmaster of the Netherlands Chamber Orchestra is master violinist Gordan Nikolić.
Two of the NedPhO|NKO’s most important trademarks are their inviting programming and their accessible concert presentation. Everyone feels welcome at a NedPhO|NKO concert, experienced concert-goers and first-timers alike. The musicians guarantee exceptional listening experiences thanks to the enthusiasm with which they share their passion for music with the audience. The orchestras’ concerts also form the basis for related events, including opportunities for audience members to meet soloists and orchestral players.
The NedPhO|NKO is well-known for its active involvement in cultural and social matters. Its large-scale educational programme NedPhO GO! brings classical music within everyone’s reach: the performances they give in unusual venues in the suburbs are combined with appealing educational activities for children and young people. The musicians of the NedPhO|NKO acknowledge their responsibility towards the future of classical music by passing on their passion for music and its live performance to a new generation; their concerts kindle an enthusiasm for classical music and at the same time create an entirely new audience.