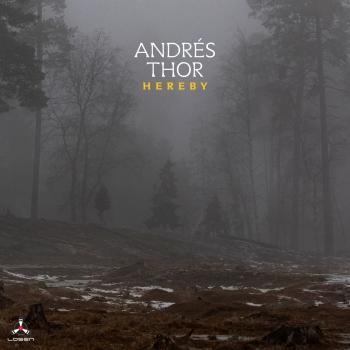 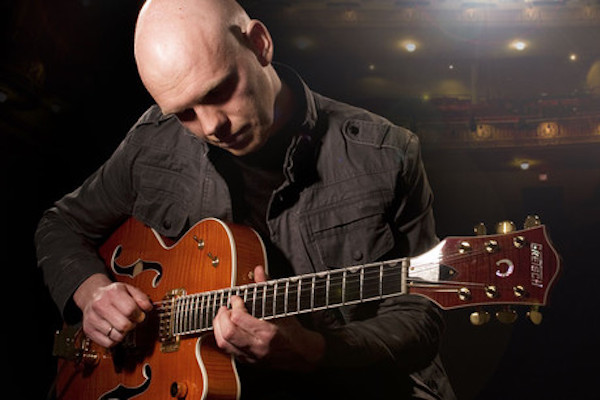 Andrés Thor
is considered by critics to be one of Icelands finest jazzguitarist of his generation. His music combines the eloquence of the guitar-led jazz tradition with a zesty, rock-imbued drive. On “Paradox”, his 6th album as a leader he presents original compositions that blend the guitarists positively ambrosial tonal pallett with the elegant harmonic substance and incisive, ornamented cross-rhythms of the international quartet on the album that features collaborators from Iceland, UK and the USA.
Andrés began his musical studies at age 12 in his hometown Hafnarfjordur, a little harbour town nearby Reykjavík, Iceland. At first his influences where glitter rock and Hippie rock bands such as Led Zeppelin, The Doors, Jimi Hendrix and Bon Jovi. In his teens Andres first heard the music of John Coltrane and Pat Metheny wich led him to more and more fascination with jazz music. Soon he started studying with some of Icelands finest jazz educators at the FIH music school. After graduating from there his musical quest brought him to study at the Koninklijk Conservatorium (The Royal Conservatory) in The Hague, The Netherlands in the year 2000. Andres finished his BM in spring 2004 and his Masters degree in the spring of 2006. In Holland Andres studied under the guidance of Wim Bronnenberg, Peter Nieuwerf, Eef Albers, John Ruocco and Hein v/d Geyn as main teachers but also attended workshops and masterclasses lead by musicians such as Michael Brecker, Kurt Rosenwinkel, John Abercrombie and Avishai Cohen as well as performing with the late great Michael Brecker and the Royal Conservatory big band at a concert held in City Hall in The Hague.
Living and studying in the Netherlands lead to the first cd featuring Andrés as a co-leader; “It was a very good year” (WW&T 2004) by the organ trio “Wijnen, Winter & Thor” and featured songs by Andrés and organ player Bob Wijnen and one collectively composed piece by the trio. Since then Andrés has been based and working in and out of Iceland and has released five albums under his own name and a handful of albums in collaboration. He has been active in various collective projects and as a sideman with bands like ASA trio, Icewegian, The Viking Giant Show, BonSom, Andreas Dreier quartet and Music with Z to name a few. Andres Thor has been an active performer and educator in Iceland and has performed in Scandinavia, Europe and in the USA as well as performing as a session musician in studios, at concerts and in theater productions where he doubles on mandolin, banjo and steel guitars.