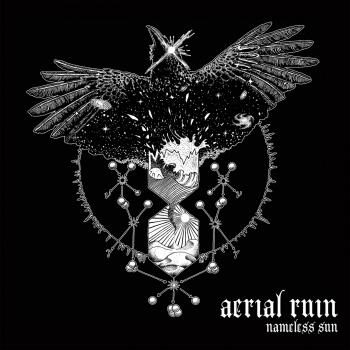 Aerial Ruin
based in Portland, Oregon is the primarily acoustic solo project of Erik Moggridge whose “richly evocative dark folk style makes for a head-in-hand listening experience. Yes it’s dark and minimal, evoking solitude and loneliness but also magic and mesmerizing, soothing and restorative.”* Moggridge also serves as a regular guest vocalist/collaborator with Seattle’s doom duo Bell Witch, performing and recording on select songs and occasions, most notably writing and performing the majority of the vocals in the latter half (or final 38 minutes) of the their critically acclaimed new album Mirror Reaper.
Aerial Ruin, whose “soothing acoustic folk often sounds like a sun-dappled blend of Agalloch, Nechowen and Pink Floyd”** spent 8 weeks on the road in the US during Autumn 2017 after multiple summer festival performances in support of the new album “Nameless Sun”. The self-released full-length explores otherworldly terrain where loss and mourning give way to the vast distances of interstellar space while personal esoteric reflection is eclipsed by the violence of stellar nuclear fusion.
Aerial Ruin is preparing for a lengthy European tour in spring 2018 centering around an appearance at Roadburn Festival where Moggridge performs both solo and in collaboration with Bell Witch. The tour begins April 9 where Aerial Ruin opens a series of ten dates for Bell Witch in central/eastern Europe concluding in an appearance at Doom Over Leipzig and then Roadburn. Following this Aerial Ruin continues to tour through Europe by himself sharing the stage with some talented European friends along the way. This continues a dedication to constant DIY touring since 2014 in both the US and Europe while self-releasing albums in multiple formats.
The new album “Nameless Sun” was recorded by Lot 3 Audio in Portland, OR in a series of sessions between October 2016 and April 2017. The album was mastered by James Plotkin and features artwork by Eleventh Vision and AK Wilson.
Before Aerial Ruin Moggridge had an active past in the metal scene beginning with the bay area thrash/death metal band Epidemic. After garnering much attention from their demos in the pre-internet underground fanzine/tape-trading scene Epidemic released two albums on Metal Blade in the early-mid nineties. Later Moggridge went on to form Old Grandad with Will Carroll (Death Angel) and Max Barnett (ex-Hammers of Misfortune). The trio a gained a sizable cult following in San Francisco in the mid-late nineties and and into the 21st century.
With exciting many prospects on the horizon Aerial Ruin will continue to record and tour throughout 2018 and beyond...