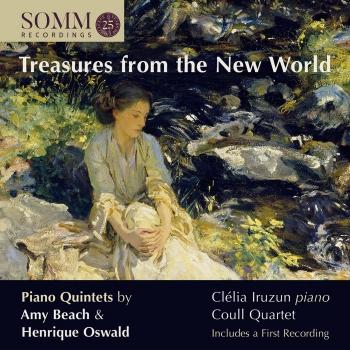 Treasures from the New World 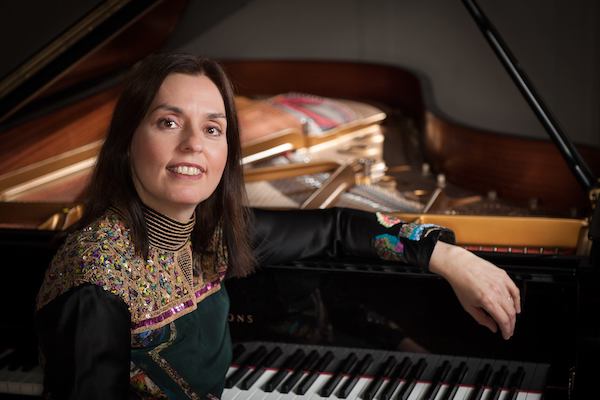 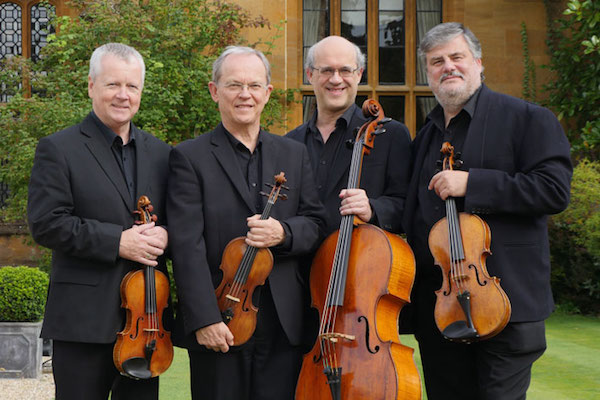 Clélia Iruzun
With her unique combination of a colourful Brazilian spirit and profound musicianship, the London-based pianist Clélia Iruzun has become one of the most exciting musicians to arrive on the international concert scene in recent years.
Clélia initially studied at the School of Music at the Federal University of Rio de Janeiro and later at the Royal Academy of Music in London, where she won several notable prizes in international competitions before graduating with the Academy’s Recital Diploma. Clélia subsequently worked with a number of greatly-admired virtuosos, including Nelson Freire, Jacques Klein, Stephen Kovacevich and Fou Ts’Ong, and most particularly with the highly distinguished Brazilian pianist and pedagogue Mercês de Silva Telles in Paris. Notable Brazilian composers, including Francisco Mignone, Arnaldo Rebello and Marlos Nobre, have dedicated works to Clélia, including – most recently – Beethoven Cunha and Alexandre Rachid.
Clélia Iruzun now pursues a busy international career as soloist, having performed across Europe, the Americas and Asia, including concerts at the Grand Theatre in Shanghai (where her recital was voted ‘one of the ten best concerts of the year’), the Forbidden City Concert Hall in Beijing, the Konserthuset in Gothenburg and Stockholm, the Poznan Philharmonie, and at London’s Queen Elizabeth Hall, Purcell Room and Wigmore Hall. Clélia also undertakes annual tours of Brazil, appearing in the major halls, festivals and series of her native country. She also appears frequently on radio and television in many countries, and often broadcasts for BBC Radio 3.
Clélia has premiered music by such significant Brazilian composers as Francisco Mignone, Heitor Villa-Lobos, Henrique Oswald, Marlos Nobre, João Guilherme Ripper, Radamés Gnattali and others in many countries. She has also given the South American premieres of important English piano music, notably works by Arnold Bax and York Bowen.
Her much-admired discography embraces a variety of repertoire, from Latin-American composers to the Mendelssohn Concertos and Elizabeth Maconchy’s Concertino for Piano and Orchestra with the BBC Scottish Symphony Orchestra. Other CDs include the Piano Music of Marlos Nobre on the Lorelt label, for whom she has also recorded a disc of Ernesto Nazareth’s piano music – ‘Portrait of Rio’.
Recent recordings by Clélia on the SOMM international label include two acclaimed volumes of Frederic Mompou’s Piano Music. Her most recent CD for the company is of Piano Concertos by Francisco Mignone and Isaac Albéniz with the Royal Philharmonic Orchestra conducted by Jac van Steen – a disc hailed by International Piano: ‘Clélia comes into her vivid own, playing with a superb mastery and empathy; it is difficult to imagine it played with greater skill and affection.’
Coull Quartet
Formed in 1974 by students at the Royal Academy of Music under the guidance of renowned quartet leader, Sidney Griller, they rapidly achieved national recognition. In addition to performing and broadcasting extensively throughout the UK, the Coull Quartet, which still includes two of its founder members, has made tours of Western Europe, the United States, Canada, Columbia, Brazil, Australia, China, India and the Far East, Iceland and Singapore and for over forty years were Quartet-in-Residence at the University of Warwick.
Since the mid-1980s the Coull Quartet has made over 30 recordings featuring a wide selection of the repertoire closest to their hearts, from the complete Mendelssohn and Schubert quartets to 20th century and contemporary British chamber music. Their CD of quartets by Maw and Britten on the Somm label has received universal acclaim; in addition to being featured in ‘Editor’s Choice’ in The Gramophone, it was also described as the ‘Benchmark Recording’ by BBC Music Magazine. Their recordings of music by Sibelius and Ian Venables have also received excellent reviews in the major musical publications.
Their impressive and unusual list of commissions includes works by Sally Beamish, Edward Cowie, Joe Cutler, David Matthews, Nicholas Maw, Robert Simpson and Howard Skempton. These include string quartets, quintets with piano or wind player, works with solo voice or choir, and even a piece for quartet and table tennis players!
The rare combination of maturity and freshness which characterises the Quartet’s performances is often singled out by reviewers:
“Here the playing is so brimful with enthusiasm and commitment, and at the same time so infused with the accumulated wisdom of three decades, that the music simply reinvents itself as it should”. (The Strad)