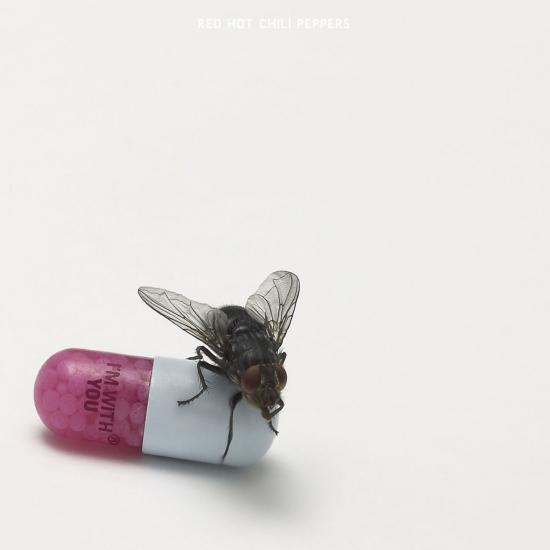 Info for I'm With You

„Losing John Frusciante for a second time doesn’t send the Red Hot Chili Peppers into a tailspin. By now, the Chili Peppers shed guitarists like a second skin, changing their outer layer but retaining their inner core. Such is the case with I’m with You, the band’s first album since 2006’s Stadium Arcadium. If that double-disc was defined by its unwieldy sprawl, its songs spewed not sequenced, I’m with You is characterized by its focus, both within individual tunes and the songs as a whole. New guitarist Josh Klinghoffer -- veteran sideman and longtime pal of Frusciante who provided secondary guitar on the closing stretch of the Stadium Arcadium tour -- doesn’t compete for center stage the way previous Peppers did. He doesn’t strut, he weaves, disappearing so completely into the arrangements he doesn’t seem to leave his signature despite the heavy layers of guitars on each cut. This makes I’m with You the flipside of One Hot Minute, where the Chili Peppers bent over backward to accommodate Dave Navarro: the Peppers don’t miss a step, they almost seem relieved to be carrying on without Frusciante. Part of that could be due to a newfound musical elasticity, a reflection of Flea taking music theory classes at USC during the group’s half-decade gap between albums. Certainly a song like “Happiness Loves Company” -- half Beach Boys, half Kinks -- shows a compositional dexterity unthinkable for previous incarnations of the Peppers, but there’s no showiness here, the album is all about precision. This extends to Anthony Kiedis, who neither hams it up on the ballads nor goofs around on his raps, he merely serves the purposes of the song like the old pro he now is. Ultimately, the Red Hot Chili Peppers are served well by that professionalism; they’re long past the point of proving themselves, they’re no longer here for a party, they’re rock & roll lifers, and I’m with You illustrates they can settle into maturity convincingly.“ (Stephen Thomas Erlewine, AMG)
Flea, bass, piano, backing vocals
Anthony Kiedis, vocals
Chad Smith, drums
Josh Klinghoffer, guitars, backing vocals, keyboards, synthesizer, bass
Additional musicians:
Mike Bulger, trumpet on 'Did I Let You Know'
Greg Kurstin, piano (on tracks 9, 11, 12)
Money Mark, Hammond B3 organ (on track 6)
Mauro Refosco, percussion (all except on tracks 3, 9, 13)
Lenny Castro, percussion (on tracks 3, 9, 13), additional percussion (1, 2, 4, 12, 14)
Recorded in September 14, 2010–March 18, 2011 at East West Studios in Los Angeles, California, and Shangri La Studio in Malibu, California
Produced by Rick Rubin