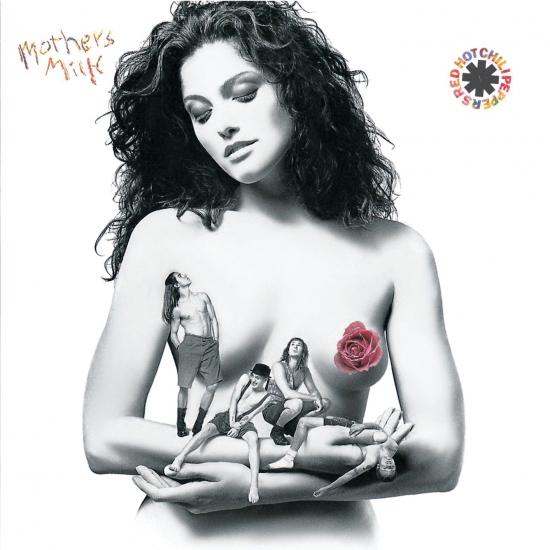 „Mother's Milk“ is dedicated to the memory of the Chili Peppers' original guitarist Hillel Slovak, who died of a heroin overdose in 1988. Slovak (along with original drummer Jack Irons) appears for the last time here on the Jimi Hendrix cover 'Fire.'
A pivotal album for the Red Hot Chili Peppers, 1989's Mother's Milk turned the tide and transformed the band from underground funk-rocking rappers to mainstream bad boys with seemingly very little effort. Mother's Milk brought them to MTV, scored them a deal with Warner Brothers, and let both frontman Anthony Kiedis and the ubiquitous Flea get back out into a good groove following the death of co-founding member Hillel Slovak. With a new lineup coalescing around the remaining duo with new drummer Chad Smith and guitarist John Frusciante, and with producer Michael Beinhorn again behind the boards, the band took everything that The Uplift Mofo Party Plan hinted at, and brought it fully to bear for this new venture. If anyone doubted the pulsating power that leapt from the blistering opener, 'Good Time Boys,' it took only a few bars of the Red Hot Chili Peppers' outrageous, and brilliant, interpretation of the Stevie Wonder classic 'Higher Ground' to prove that this new lineup was onto something special.
Wrapping up with the aptly titled and truly punked-out 'Punk Rock Classic' and the band's own punched-up tribute to 'Magic Johnson,' Mother's Milk was everything the band had hoped for, and a little more besides. Effortlessly going gold as 'Knock Me Down' and 'Taste the Pain' careened into the charts, the album not only set the stage for the band's Blood Sugar Sex Magic domination, it also proved that funk never died; it had just swapped skins.“ (Amy Hanson)
Anthony Kiedis, vocals
John Frusciante, guitar
Flea, trumpet, bass
Chad Smith, drums
Additional Musicians:
Hillel Slovak, guitar
Jack Irons, drums
Fish, drums
Dave Coleman, cello
Keith Tree Barry, tenor saxophone
Patrick English, trumpet
Julie Ritter, background vocals
Gretchen Seager, background vocals
Wag, background vocals
Recorded at Ocean Way Studios and Image Studios, Hollywood, California in 1989.
Engineered by Dave Jerden
Produced by Michael Beinhorn
Digitally remastered