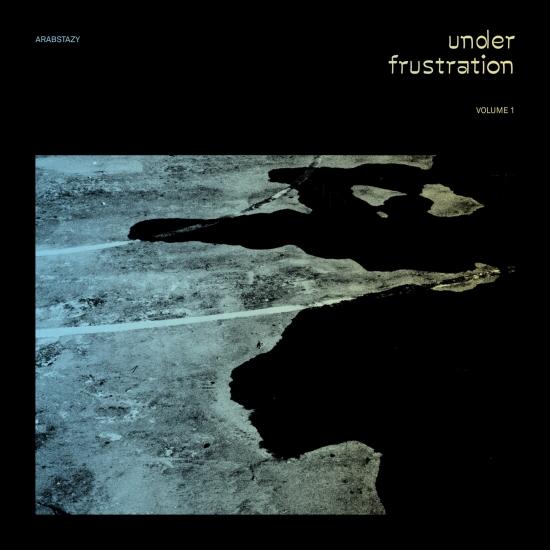 This compilation's project breaks with the Western clichés and stands for the amazing diversity of the Arab electronic scene looking for freedom. The artistic direction echoes with the ‘Explorer' compilations - when we discovered Deena Abdelwahed - and with the historic values of InFiné, which defines itself as a space of diversity, away from any kind of genre or ethnic compartmentalization.
Under Frustration is a 3 volumes compilation project by Tunisian collective Arabstazy, establishing a picture of the contemporary electronic music scene in the Arab World. This musical journey stands for the diversity of this scene, and deconstructs the occidental perceptions that sees the Arab World as a culturally united and homogeneous entity. It is a manifesto for the burgeoning wave of post-revolution futurism.
Arabstazy is a multidisciplinary artistic platform with bases in Tunis, Paris and Berlin. It is dedicated to the research of the connection between heritage, identity, culture and digital arts. Founded as a collective by Tunisian electronic musician Mettani, it has since then relentlessly questioned the meaning and relevance of the supposed Arabic unity. Following the Arab Spring events that brought a major change to the Maghrebi cultural and artistic ecosystem, the collective explores how the Arab World is perceived and perceive itself, and lay the foundations of what could be the new wave of North African and Middle Eastern futurism.
Arabstazy’s vision is to create an autonomous and singular form of mindset, that is aware of its representations. An identity quest immersing its roots into the future, while highlighting and transmuting its traditions. This mindset is to evolve into a new artistic language, that would have been released from the colonialist and orientalist perspectives. A process that will eventually focus on the interactions and connections rather than shape or style.
With this objective in mind, the idea of a musical compilation emerged. It would be the assessment of how diverse, shattered and intricate the Arab World actually is. Paradoxically, it would be the cement of an independent Arabic underground electronic scene. A scene that doesn’t need common aesthetics nor similar codes to build a sense of belonging, because that belonging eventually relies on the similarities found in the constant struggle from which the creative process arise. In the frame of political, social and religious dictatorships, this is a creative process that is born under frustration.
Following this artistic direction, the collective gathered tracks from various artists that connected in their own way to the concept of frustration constrained creation. With no imposed genre and the strong will to build a mosaic heterogeneous project, the compilation eventually featured tracks ranging from indie to IDM to club music to abstract noise. This is quite an unsettling tracklisting for those who were expecting the usual oriental electronic bland cliché.
The first volume pay special attention to Tunisia and Egypt, with a spicy touch of Berlin. The spectrum of the questions that this peculiar theme arise is broad: personal, political, sexual, religious, familial, societal... From ways to free ourselves from this frustration, to ways to accept it as it is. We have to deal with a lot of mutual misunderstandings, binary shortcuts and manichaean attitudes that have long proven unsuccessful to overcome these situations. Amongst all who experience frustration, some will cope through artistic expression. We decided to relate to this frustration as a great source of inspiration. Arabstazy chose to give all the benefits of this project to the Lebanese NGO Basmeh & Zeitooneh, and most specifically to their yearly art event - « Seen » - which highlights unseen artists and break stereotypes about refugees.