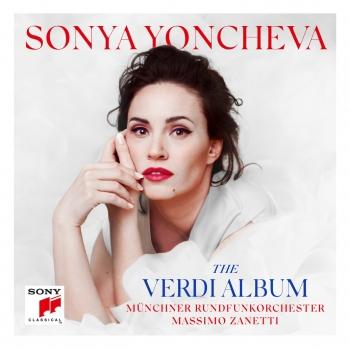 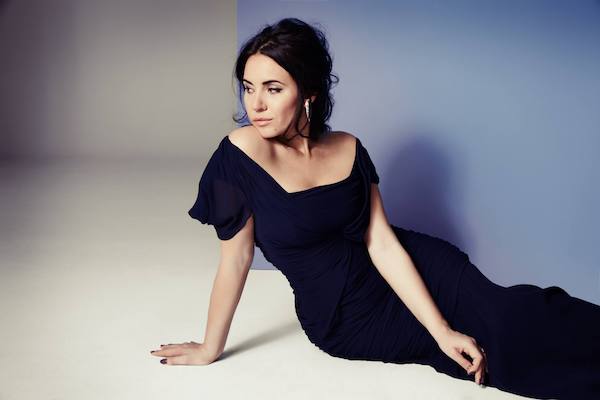 Sonya Yoncheva
Born in 1981 in Bulgaria, Sonya Yoncheva graduates in piano and voice in her hometown Plovdiv in the class of Nelly Koitcheva and obtains her diploma in master degree in classical singing in the Conservatory of Geneva in the professional class of Danielle Borst receiving the special prize of the Town of Geneva.
Sonya is the winner of the world´s most famous opera competition « Operalia » 2010, conducted and organised by Placido Domingo at Teatro alla Scala in Milan and she was honoured with the Special Prize « Cultur Arte » offered by Bertita & Guillermo Martinez.
Sonya received the Special Prize of Les Amis du Festival for her performance of Fiordiligi in « Cosi fan tutte » in the Academy of Aix en Provence Festival 2007, as well as few scholarships provided by Swiss Foundations such as « Mosetti » and « Hablitzel »
Mrs Yoncheva is as well a first prize winner of competitions in her home country Bulgaria: Competition for German and Austrian classical Music 2001, Competition for Bulgarian classical music 2000 and Young Talents 2000. She and her brother Marin Yonchev became the Singers of the Year 2000 in the edition of the competition « Hit-1 » organised and produced by the Bulgarian National Television. In 2007 after participating in the academy for young singers Jardin des Voix, conducted and organised by William Christie, Sonya receives exciting new engagements in venues such as Glyndebourne Festival, Swiss National Television and Radio, Théâtre du Châtelet, Festival of Proms...
Later we can see her in productions and concerts in Teatro Real Madrid, Teatro alla Scala Milano, National Opera of Praga, Festival of Montpellier, Lille Opera, Brooklyn Academy of Music New York as well as concert halls as Tonhalle Zurich, Verdi Milano, Cité de la Musique Paris, Pleyel Paris, Lincoln Center New York, London Barbican Center, Alte Oper Frankfort, Palais des Beaux Arts Brussels, Auditorio Nacional Madrid, Gulbenkian Lisboa, Auditorio di Valladolid, Tchaikovskii Concert hall Moscow, Concert Hall of Marinskii Theater St Petersburg, Copenhagen Concert Hall, Dortmund, Hamburg and Munchen Concert Halls, Champs Elysées Theater and Geneva Opera House.
Sonya Yoncheva collaborated with many artists from the world of the opera, cinema and rock music such as William Christie, Sting, Placido Domingo, Emanuelle Haim, Vladimir Cosma, Elvis Costello, Milena Canonero, Natasha Regnier, Piergiorgio Morandi, James Conlon, Pierluigi Pizzi, Robert Carsen, Danielle de Niese, Bryn Terfel, Erwin Schrott, Vittorio Grigolo, Adam Fisher, Ottavio Dantone, Fabio Biondi, Giovanni Antonini, Alain Gilbert.
Karine Deshayes
After brilliant musical studies having been a pupil of Mireille Alcantara and receiving advice from Régine Crespin, Karine Deshayes first joined the troupe of the Lyon Opera, where she performed in the roles of Cherubino, Stephano, among others, and especially in her first Rossini role as Rosina.
His career quickly took off afterwards. She was invited to perform on all the major French stages: Avignon, Lyon Strasbourg, Marseille, Toulouse, Tours, Chorégies d’Orange, Bordeaux etc. She regularly performed at the Paris Opera where she won great acclaim in the Rossini roles of Angelina, Rosina, Elena, but also as Poppea in Monteverdi’s L’incoronazione di Poppea, Sesto (in Handel’s Giulio Cesare), Romeo (in Bellini’s I Capuleti e I Montecchi ) and in the Mozart roles of Cherubino and Dorabella. It was also at the Paris Opera that she took on the role of Carmen for the first time, as well as the role of Charlotte in Werther.
Karine Deshayes’s career has also extended into major international stages, including the Salzburg Festival (Die Zauberflöte under the baton of Riccardo Muti), the Teatro Real in Madrid, and the Liceu in Barcelona (the title role in Massenet’s Cendrillon). At the invitation of the New York Metropolitan Opera, she debuted in the role of Siebel before returning there to play Isolier in the Le Comte Ory, and more recently, Nicklausse in Les Contes d’Hoffmann directed by James Levine, where she drew particularly rave reviews from the New York music critiques. She followed this by performing in the role of Angelina in the Cenerentola at the San Francisco Opera, again to great success.
Subsequently, she has sung the role of Donna Elvira at the Opera of Paris for the first time, a role that she made own, as the public and the critics unanimously agreed. In concert, she beautifully played the role of Elisabetta in Donizetti’s Maria Stuarda at the Avignon Opera.
Karine Deshayes’s vast repertoire has allowed her to perform regularly in concert and recital under the direction of such conductors as Emmanuel Krivine, David Stern, Kurt Masur, Emmanuelle Haïm, Louis Langrée and Myung-Whun Chung, and with such artists as Philippe Cassard, Renaud Capuçon, Nicolas Angelich, L’Ensemble Contraste, the Quatuor Ebène, the Mahler Chamber Orchestra, and many more.
At the Victoires de la Musique Awards in 2016, Karine Deshayes was named Lyric Artist of the Year for the second time in her career. Her last recording, « Rossini », with the Ensemble Les Forces Majeures, has just been released (Label Aparté). ​
Future plans include the roles of Adalgisa (Norma) at the Teatro Real in Madrid, Charlotte (Werther) at the Tchaikowsky Concert Hall in Moscow, Rossini's Armida at the Montpellier Opera House, Gluck's Alceste at the Lyon Opera House, Romeo (I Capuleti e I Montecchi) at the Marseille Opera House and many concerts and recitals.